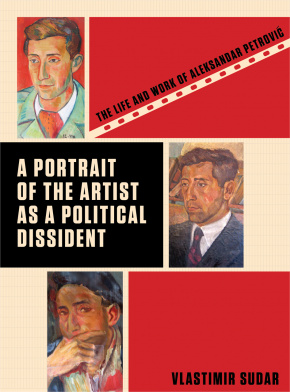 A Portrait of the Artist as a Political Dissident 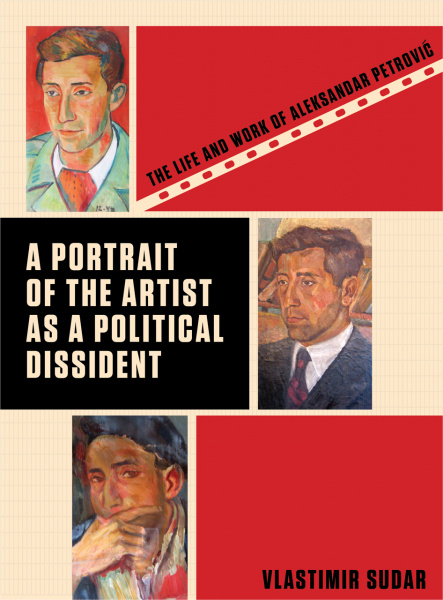 A Portrait of the Artist as a Political Dissident (Book)

The Life and Work of Aleksandar Petrovic

In the liberal West as in socialist Yugoslavia, the films of Aleksandar Petrovic dramatize how enforced dogmatism can corrode any political system. A case study of the oft-overlooked Yugoslav director's colourful and eventful career, A Portrait of the Artist as a Political Dissident explores how Petrovic developed specific political and social themes in his films. A response to the political vagaries of his time, these anti-dogmatic views were later to become a trademark of his work. Although interest in socialist Yugoslavia and its legacy has risen steadily since the 1990s, the history of Yugoslav cinema has been scarcely covered, and this book marks a fresh contribution to a burgeoning area of interest.

Aleksandar Saša Petrovic (1929–1994) was one of the most significant filmmakers to come out of Socialist Yugoslavia. He was by far the most awarded director on a national level, winning three Golden Arenas at the Yugoslav Film Festival in Pula, as well as receiving all the highest state awards. He was also acclaimed internationally, and the first Yugoslav director to win prizes at the Cannes Film Festival, in 1967, as well as Oscar nominations in 1967 and 1968. His film, I Even Met Happy Gypsies (1967), was seen by 200,000 people in Paris alone, and was extensively distributed worldwide. The author has defined four themes that have, particularly in Petrovic’s mature work, consistently provided a sharp and thorough commentary on political life and its contradictions. Petrovic regularly investigated: (a) interethnic relationships, and/or the position of ethnic minorities (b) the position of religion in society (or societies) (c) the relationships between political establishments and non-privileged (or marginal) groups in society (or societies) (d) the dogmatic nature of ideologies and/or religions. As Petrovic scrutinised these themes, he introduced a specific anti-dogmatic position of his own, which permeates his later films. This position became a significant element of his authorial signature – if one admits a continuing concern for notions of authorship.

Vlastimir Sudar teaches film history and theory at the University of the Arts London.

'Vlastimir Sudar’s study of the films of the late Serbian film director Aleksandar Petrović is a valuable addition to the still relatively small amount of information in English about this award-winning film maker’s career and his place as a prominent figure, both in the history of the cinema of the former Yugoslavia and in international cinema of the 1960s and 70s. Though Sudar rightly concentrates on Petrović’s films of this period, he provides detailed information about the director’s life and overall career, together with careful analysis of his major films, both for their aesthetic value and their, often controversial, social and political content, which he characterises as consistently "anti-dogmatic". His book should take its place beside Daniel Goulding’s Liberated Cinema as an indispensable contribution to the history of East and Central European cinema.'

'Vlastimir Sudar’s book is the most ambitious and comprehensive attempt thus far to bring into bold relief Aleksandar Petrović’s role as a world class film artist, political dissident, and a major figure in bringing about the Yugoslav new film or black film period of the 1960s and early 70s. Using an innovative and updated version of auteur theory as a major strategy of film analysis Sudar discovers and persuasively articulates four basic thematic political paradigms (both implicit and explicit) that cut across all of Petrović’s major films. His analysis is further deepened by a remarkable variety and scope of relevant source materials—historical, biographical, cultural, and political—that he critically brings to bear to substantiate and provide a context for his film analysis. The paradigmatic themes that Sudar teases out of Petrović’s films are themes as relevant today as they were then. They offer intriguing opportunities for comparative studies of Petrović’s films with those of politically inspired film directors from other Eastern European countries at the time as well as more recent filmmakers who attempt to deal with inter-ethnic relationships, societal marginalization and anti-dogmatism in religion and politics.'

'The wealth of detail makes the book gripping even in the absence of many of the films, although if Sudar's dogged advocacy ... helps spur an adventurous DVD label into reviving them, so much the better.'

'Sudar delivers a sincere and even-handed assessment of the significance of Petrovic's films, with a distinct writing style that is fresh and accessible.'

'Although this well-written book is about Petrović and his films, his work and life are contextualized within Yugoslav social changes, economic problems, and political tensions in an attempt to convey the complex circumstances in which artists lived and created.'