Anna Schober is professor of Visual Culture at Alpen-Adria-University Klagenfurt. She studied history, art history and political sciences in Vienna, Frankfurt/ Main and Colchester. She received her Ph.D. (in 2001) as well as her postdoctoral habilitation (in 2009) in Contemporary History at the University of Vienna and was guest researcher at several international institutions such as Verona University, Justus-Liebig-University Gissen, the International Research Center for Cultural Studies in Vienna and the Jan van Eyck Academy in Maastricht.

Her work explores the history and aesthetics of the public sphere. It focuses on visual culture (art and in particular popular visual culture, for example film and cinema), transnationality and concepts of diversity. Currently she directs the research project Everybody: A Transnational Iconography (funded by the Deutsche Forschungsgemeinschaft)

The Cinema Makers: Public Life and the Exhibition of Difference in South-Eastern and Central Europe since the 1960s is published by Intellect. 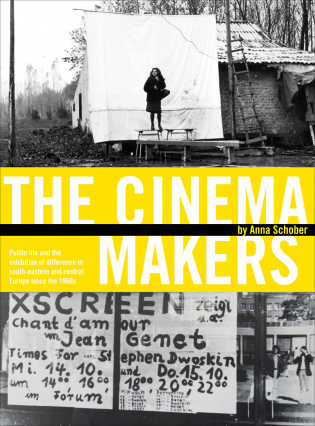