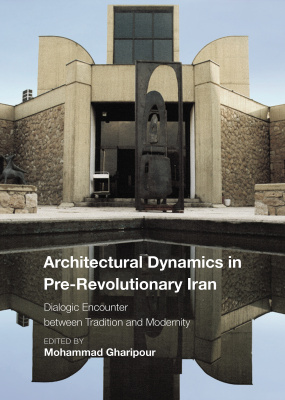 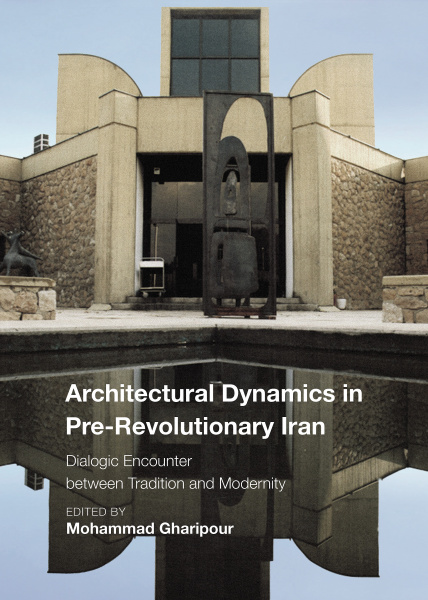 Dialogic Encounter between Tradition and Modernity

This volume considers the major trends and developments in Iranian architecture during the 1960s and 70s in order to further our understanding of the underpinnings and intentions of Persian architecture during this period. While narrative explorations of modernism have relied heavily upon classifications based on western experiences and influences, this book provides a more holistic view of the development of Persian architecture by studying both the internal and external forces that influenced it in the late twentieth century. The chapters compiled in Architectural Dynamics in Pre-Revolutionary Iran, accompanied by more than eighty images, shed light on the fascinating — and sometimes controversial — evolution of Iranian architecture and its constant quest for a new paradigm of cultural identity.

Mohammad Gharipour is professor at the School of Architecture and Planning at Morgan State University in Baltimore, Maryland. He is the founding editor of the International Journal of Islamic Architecture, also published by Intellect.

Part One: Vernacular Integrated with Modernism

Chapter 1: A Personal Reflection: On the Traditional, the Modern and the Perennial in Iranian Architecture – Nader Ardalan

Chapter 3: Passages and Malls in Translation: Class, Culture, and Design in the Commercial Architecture of Pahlavi Iran – Farshid Emami

Chapter 4: Building Cities for Tomorrow: The US Point Four Program and Discourse of Urban Planning in Iran – Sahar Hosseini

Chapter 5: The Israeli Plan for Rebuilding the Rural Region of Qazvin – Neta Feniger and Rachel Kallus

Chapter 6: Philip Johnson’s Design at Group Apartments in Isfahan: From a Dispute Between Tradition and Modernity to a Dialogue – Mehdi Azizkhani

BookExpertise and Architecture in the Modern Islamic WorldEdited by Peter H. Christensen Series edited by Mohammad Gharipour and Christiane Gruber