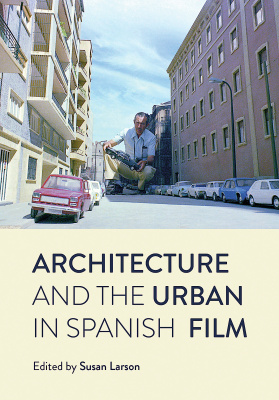 Architecture and the Urban in Spanish Film 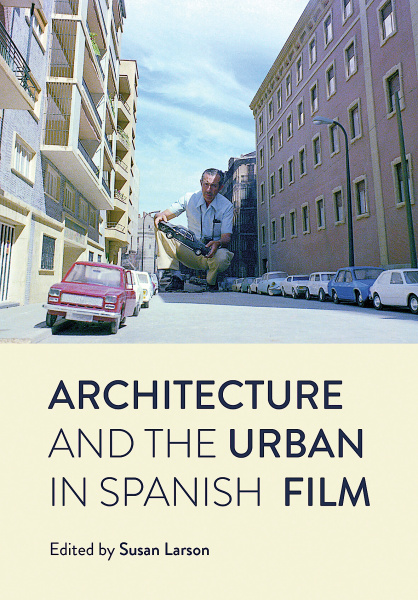 Architecture and the Urban in Spanish Film (Book)

This will be the first edited collection in English on urban space and architecture in Spanish popular film since 1898. Building on existing film and urban histories, this innovative volume will examine Spanish film through contemporary interdisciplinary theories of urban space, the built environment, visuality and mass culture from the industrial through to the digital age.

Architecture and Urbanism in Spanish Film brings together the innovative scholarship of an international and interdisciplinary group of film, architecture and urban studies scholars thinking through the reciprocal relationship between the seventh art and the built environment. Some of the shared concerns that emerge from this volume include the ways cinema as a new technology reshaped how cities and buildings are built and inhabited since the early twentieth century; the question of the mobile gaze; film's role in the shifting relationship between the private and the public; film and everyday life; monumentality and the construction of historical memory for a variety of viewing publics; the impact of the digital and the virtual on filmmaking and spectatorship.

Susan Larson is the Charles B. Qualia Professor of Romance Languages at Texas Tech University, the editor of Romance Quarterly, and the author of Constructing and Resisting Modernity: Madrid 1900–1936.

Introduction Architecture, the Urban and the Critical Possibilities of Spanish Film Studies

PART 1: ARCHITECTURE AND THE URBAN

Elevators and the Poetics of Vertical Mobility in Spanish Film

6. An Archi- Texture of Pleasure: The Verbena, the Modistilla and the Mantón de Manila in Rosa de Madrid (1927)

9. Through the Looking Glass: Images of the Ordinary World in Oscar- Nominated Spanish Cinema

PART 5: MEMORY AND THE MONUMENTAL

10. Who and What Was José Antonio Nieves Conde Criticizing in the Film El inquilino (1957)?

14. Dead to Capitalism: Zombified Territory and Junkie Spaces in Cabanyal Z, or How to Unleash Monstrous Creativity in the Urban