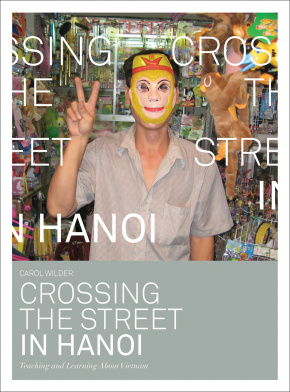 Crossing the Street in Hanoi 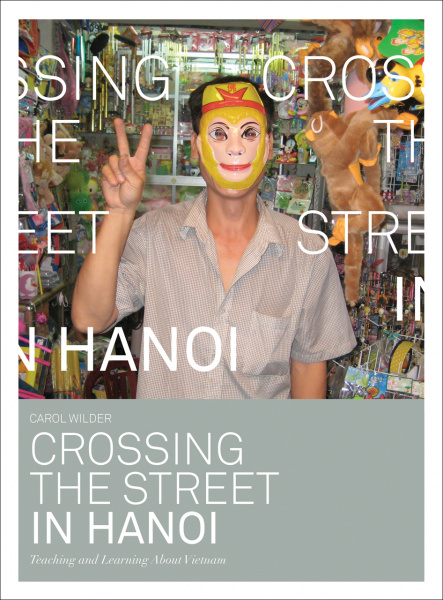 Crossing the Street in Hanoi (Book)

Teaching and Learning about Vietnam

Crossing the Street in Hanoi is a study of media and cultural artifacts that constitute the remembrance of a tragic war as reflected in the stories of eight people who lived it. Using memoir, history and criticism, this book is based on scholarly research, teaching and writing, as well as personal journals, interviews and primary source material.

This is a study of media and cultural artifacts that constitute the remembrance of a tragic war as reflected in the stories of eight people who lived it. Using memoir, history and criticism, Crossing the Street in Hanoi is based on scholarly research, teaching and writing as well as extensive personal journals, interviews and exclusive primary source material. Each chapter uses a human story to frame an exploration in media and cultural criticism. What weaves these different threads into a whole cloth are the stories of the Vietnam War and the long shadow it casts over American and Vietnamese cultures.

Carol Wilder is professor of media studies in the School of Media Studies at the New School in New York, USA.

Foreword by William Logan  Introduction  Chapter 1: The War That Won’t Die  Chapter 2: Hoa Lo Prison Museum: 'The Fury Burning Within' Chapter 3: Bac Ho: 'Casting Pearls before Swine' Chapter 4: Life on Vietnam: 'A Glory Preserved in a Wilderness Valley' Chapter 5: Reading Graham Greene: A Promise to the Dead  Chapter 6: Vietnam Love Songs: 'Rode Hard and Put Away Wet' Chapter 7: Reinventing Rambo: Flooding with Love for the Kid  Chapter 8: Murder on May 4th: The Case of the Missing Mob  Chapter 9: Long Bien Story: Giving and Taking Away (with Douglas Jardine)  Afterword: A Note on Theory

With thousands of books in print on the Vietnam War, is there anything new to say? Readers of 'Crossing the Street in Hanoi' will readily agree that there is. Carol Wilder's remarkable journey - a mix of sometime painful memoir, astute literature and film criticism, and illuminating oral histories of Vietnamese and American veterans - makes the connection between the American War in Vietnam and the Vietnam War in America as lucid as any book I have read.'

'What a delight it is to read Carol Wilder's perceptive book on Hanoi. Her aim is to put a human face on what was an inhuman experience and she succeeds wonderfully... She is to be congratulated for achieving such a fine balancing act, effectively getting her to the other side of the street. I hope readers will enjoy Carol Wilder's book as much as I did.'