Dani Abulhawa is an artist-researcher and lecturer in Contemporary Applied Performance at the University of Leeds. She is an ambassador for skateboarding charity SkatePal. In 2014, she co-founded Accumulations: a network for experimental and site-based movement, dance and performance. She is also a founding member and organizer of the academic strand of Pushing Boarders – the first international skateboarding conference. Much of Dani’s work is concerned with political participation, community and skateboarding culture. A persistent strand of her practice reflects on her Palestinian heritage and the Israel-Palestine occupation-resistance. Dani is the author of Skateboarding and Femininity: Gender, Space-Making and Expressive Movement (Routledge, 2020). She has published articles and book chapters on spatial politics and power dynamics, artist interruptions of space, and the creative-research process. Dani has presented commissioned and independently produced artworks since 2006, including most recently Concord (Holden Gallery, Manchester Metropolitan University, Manchester, 22 October 2021), which was performed with her dad, Jamal Abulhawa; Bring Yourself to the Table (a performance score in collaboration with Sara Spies and Christian Berger, presented alongside Avital Raz’s theatre show My Jerusalem as part of the Manchester Festival of Belonging, 2020), Free Time in the City (an audio work for Sheffield Migration Matters festival, 2019), The Slide (a short film commissioned by the Helena Kennedy Centre for Human Rights to celebrate the 70th anniversary of the declaration of human rights), and Looking After Freedom, a residency and series of works created in Cape Town, South Africa (funded by the British Council, 2017). 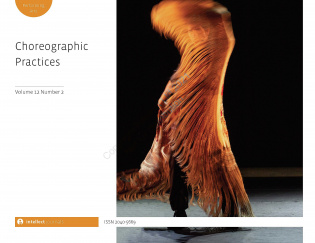