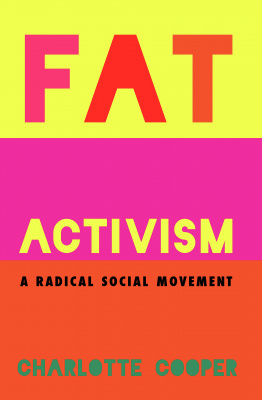 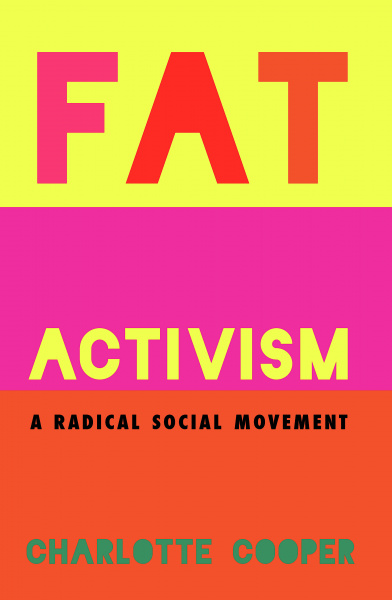 In this new edition of her accessible autoethnography of fat feminist activism in the West, Charlotte Cooper revisits and discusses her activism in the context of recent shifts in the movement. It is part of a new wave of accessible, accountable and rigorous work emerging through Research Justice and the Para-Academy.

In this new edition of her accessible autoethnography of fat feminist activism in the West, Charlotte Cooper revisits and discusses her activism in the context of recent shifts in the movement. The new preface explores the impact of the Coronavirus pandemic on fat people and fat activism and how Black Lives Matter is inspiring new forms of activism. Cooper issues a call to action in Fat Studies and offers alternatives to current public health approaches to Diabetes.

What is fat activism and why is it important? To answer this question, Charlotte Cooper presents an expansive grassroots study that traces the forty-year history of international fat activism and grounds its actions in their proper historical and geographical contexts. She details fat activist methods, analyses existing literature in the field, challenges long-held assumptions that uphold systemic fatphobia, and makes clear how crucial feminism, queer theory and anti-racism are to the lifeblood of the movement. She also considers fat activism’s proxy concerns, including body image, body positivity, the obesity epidemic and fat stigma.

Combining rigorous scholarship with personal, accessible writing, Fat Activism: A Radical Social Movement is a rare insider’s view of fat people speaking about their lives and politics on their own terms. This is the book you have been waiting for.

Charlotte Cooper is a psychotherapist, artist and fat activist with around 30 years of experience. She is the author of Fat Activist Vernacular and Fat and Proud: The Politics of Size. She is a founding proponent of Fat Studies.

Preface to the Second Edition

'Cooper's writing style is refreshingly accessible, in a conversational tone that will ensure this book manages to appeal to activist readerships well beyond the narrow scope of academia. [...] It will be of particular interest to feminist scholars how Cooper manages to develop sharp critical analysis of what she identifies as problematic elements of the movement, including cultural imperialism, white supremacy, homogeneity and moralism, whilst still championing its value and necessity. The nuance with which Cooper navigates this thorny terrain is valuable for thinking about ongoing conflict within feminist debates on how we can reconcile the varied and often contradictory strands of past and present feminist thinking. [...] [The book's] contributions go well beyond the specificity of fat, making it a useful resource for anyone, inside or outside of academia, who is interested in activism, social movements, feminism and intersectionality.'

'Explores a long-standing social movement, revealing complex relationships with feminism, class and capitalism. [...] Cooper provides both an account of a radical social movement and a consideration of how we might come to a broad but useful understanding of the nature of activism, through an examination of one of the less-prominent struggles of the twentieth and twenty-first centuries.'

'Cooper guides the reader into a fertile place of growth a million miles from timebombs and epidemics, and gives a human face to a large segment of the population who are too often dehumanised.'

'Cooper creates an arena for a more dynamic, comprehensive discourse that makes space for all types of experiences and voices in fat activist communities. [...] She is making space for fat activists to re-occupy the fat discourse.'

'Charlotte Cooper’s Fat Activism: A Radical Social Movement may not be the final volume on fat history, but it is, without doubt, an essential one, and should be required reading for all generations of fat activists, both in the academy and beyond it.'

'Not only offers a thorough history of the fat acceptance movement, which seeks to change societal attitudes towards fat people, but also provides insight into activist practices more broadly. [...] This accessible book [is] an important read for those working in the field of critical weight studies and fat studies and [...] show[s] how academic research can be mobilised to reach audiences beyond the academy.... Invaluable.'

'Charlotte Cooper’s fierce new book Fat Activism: A Radical Social Movement should be required reading for scholars and activists. Cooper draws on extensive interviews with fat activists to render a trenchant analysis of our field of motion. She takes a penetrating look at activist efforts and self-understandings, eschewing easy praise in favor of discernment that ultimately promises to invigorate the movement.'

'Charlotte Cooper is once again in the vanguard of radical social change with this book about fat activism. She has captured the history of the fat rights movements, interviewed fat activists, and demonstrated the extensive and exciting breadth of fat activism in a global setting. Fat activism is often portrayed as ineffective when in fact its lack of conformity and interdisciplinarity can serve as a model for other social movements.'

'For any civil rights movement to succeed, it must know its history; to build on its strengths and learn from its mistakes. With the ubiquity of the Internet, the historical knowledge and record of activism can be rewritten with 140 characters. That is one of the many reasons that Fat Activism: A Radical Social Movement is important. Anyone interested in the epistemology, ontology, and methodology, (not to mention history) of fat activism should make this a central text of their library.'

'It is in the interest of the ethically and intellectually dubious field of “Obesity Research” to flatten fat subjects; rendering our voices narrowly defined by punchy rhetoric, our activist interventions reduced to child-like flailing against the big bad thin-dominated world. Charlotte Cooper’s book resists this myopic view of resistance to fat oppression in form and content. Fat Activists need more researchers and writers examining and reflecting on our work from within, and this book stands as an offering and opening in that vein.'