Miki Kratsman is a photographer lecturer and activist. For over 30 years, he has been infinitely committed to documenting the evolution of the Israeli-Palestinian conflict, and mainly, its bitter consequences on the daily life of the Palestinian population and disadvantaged minorities in Israel. He accumulated documentation of their difficult daily routine, a routine composed of different kinds of obstruction, death, memory, hope, insult, anger, hatred or acceptance, in his opinion more important, significant and even disquieting than any specific documentation of a potentially spectacular or extreme event.

He was born in Argentina in 1959 and immigrated to Israel in 1971. During 1983–2012, his photographs appeared regularly in Hadashot, Ha’Ir and Ha’aretz newspapers. Through 2006–2014 he presided as head of the Photography Department of Bezalel Academy of Arts, Jerusalem, where he continues to teach and lecture. In 2011 he was the fifth recipient of Robert Gardner Fellowship in Photography, Peabody Museum of Archaeology & Ethnology, Harvard University, and received the E.M.E.T. Prize for Science, Art and Culture. In 2015 he was honoured to be listed by the ICP (International Center of Photography) for their 50th anniversary fund for concerned photography as one of 50 photographers globally. Since 2004 he has served as co-founder and chairman of ‘BREAKING THE SILENCE’, an organization that concentrates on collecting testimonies of Israeli soldiers on their experiences in the occupied territories, . He is also currently a member of the Activestills Palestinian\Israeli photographers’ collective, . He exhibits consistently, in Israel and throughout the world. Selected solo exhibitions: People I Met (2018, USF Contemporary Art Museum, Tampa, Florida), People I Met (2017, MAC, Museo de Arte Contemporaneo, Santiago de Chile), AS IT IS. On Miki Kratsman’s Photography (2012, La Virreina, Barcelona), AS IT IS. On Miki Kratsman’s Photography (2012, MUSAC Museum for Contemporary Art, Leon, Spain), All About Us (2011, Ursula Blickle Foundation, Germany), Targeted Killing (2010, Media City Seoul 201, Korea), Sao Paulo Biennial (2006), Control (2003, The Israel Museum, Jerusalem). Publications: The Resolution of the Suspect (2016, The Peabody Museum Press at Harvard University, Radius Books), Tal Cual – Miki Kratsman (2012, MUSAC: La Virreina Centre de la Imatge), All About Us – Miki Kratsman (2010, Sternberg Press). 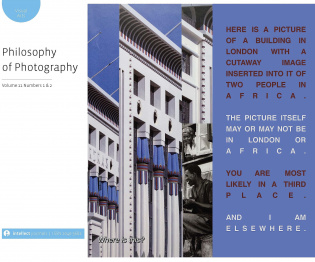