Nan Turner is the author of Clothing Goes to War: Creativity Inspired by Scarcity in World War II, published in July 2022 by Intellect Books. She worked as a fashion designer in New York, Paris, San Francisco, California, and Columbus, Ohio. Most recently, she was teaching various courses at the University of California, Davis, including the social psychology of clothing and appearance and fashion marketing (both on campus and in Paris for study abroad). Her research interests involve the study of clothing rationing and shortages during the Second World War and the resulting implications of creativity and sustainability motivated by austerity which formed the foundation of her book. She attended Parsons School of Design in New York City in 1976–77 and joined the fashion crowd as often as possible at Studio 54. 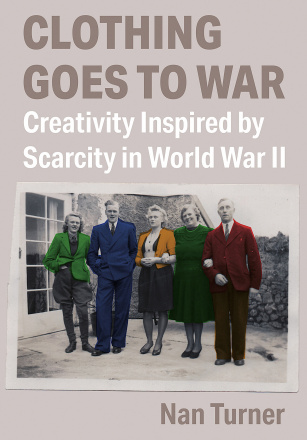