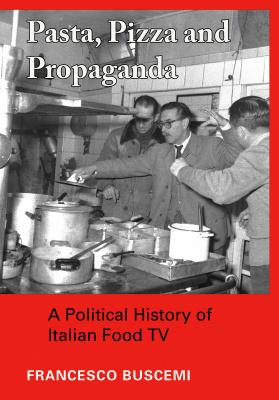 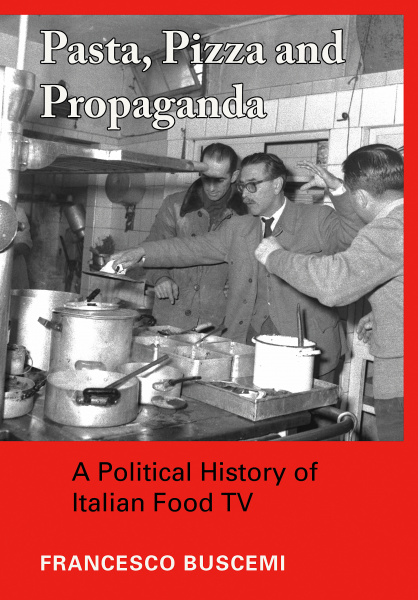 A lively and rigorous historical account of Italian food television narrated from a political point of view. In referring to the sociology of Pierre Bourdieu, the book links food, television and politics and shows how the three give way to the political construction of various versions of Italy, from 1954 to the present. 12 b/w photographs.

This book aims to develop a political history of Italian ‘good food’ on national television, and the central role of food in Italian culture. The focus is highly original and this is a unique interdisciplinary study at the intersection between food studies, media studies and politics.

The three protagonists of Pasta, Pizza and Propaganda are food, television and politics. These are the three main characters that interrelate, collaborate and fight behind the scenes, while in front of the camera the writers, intellectuals and celebrity chefs talk about, prepare or taste the best Italian dishes.

The book retraces the history of Italian food television from a political point of view: the early shows of the pioneers under strict Catholic control in the 1950s and 1960s, the left-wing political twist of the 1970s, the conservative riflusso or resurgence of the 1980s, the disputed Berlusconian era and the rise of the celebrity chefs, which, for better or for worse, makes Italy similar to the other western countries.

The history of Italy since the mid-1950s is retold through the lenses of food television. This lively book demonstrates that cooking spaghetti in a TV studio is a political act, and tries to uncover how it is possible that, while watching on TV how to make pizza, we become citizens.

The primary readership will be an academic audience, including those in the disciplines of food studies, media studies, politics and Italian studies, as well as potentially for those interested in Italian sociology and anthropology. There may be a potential wider readership because of the popularity of Italian food and food television.

Francesco Buscemi researches on food TV, political communication and cultural history. He teaches media history and media writing at the Catholic University of Milan, Insubria University and University of Udine.

Politics in Italy after the Second World War

Italian food between reality and stereotypes

Soldati's journey to the Po Valley

Culture and the past

Where are the women?

Ninchi, Veronelli and the field of Italian politics in the 1970s

Dimmi Come Mangi and the dawn of neo-TV

The celebrity housewives and their shows

Women between power and stereotype

The contrasted discovery of foreign food

Food in the news

Chapter 6: 2012–the present, the Italian way to the celebrity chef

The invasion of the global formats

A case of Italian adaptation: From kitchen nightmares to Cucine da Incubo

A Cena da Me: Representing food to talk about something else

Italian food out of Italy

Dietary chefs and their enemies