A past-president of the Media Ecology Association (MEA), Phil Rose (Ph.D.) is a professional musician, and has taught at a number of Canadian universities. He is author of the books Roger Waters and Pink Floyd: The Concept Albums (Fairleigh Dickinson University Press, 2015), Radiohead and the Global Movement for Change: ‘Pragmatism Not Idealism’ (Fairleigh Dickinson University Press, 2016) and, most recently, Radiohead: Music for a Global Future (Rowman & Littlefield, 2019). In 2014, for the first time in its history, he hosted the annual convention of the MEA in Toronto at Ryerson University on the theme ‘Confronting Technopoly’. In accordance with this event and its theme, he subsequently edited a Special Issue of Explorations in Media Ecology, along with the book Confronting Technopoly: Charting a Course Towards Human Survival (Intellect, 2017). In 2019, he was the recipient of the MEA’s Edmund S. Carpenter Award for Career Achievement in Editing in the Field of Media Ecology, and, currently, he is president both of the non-profit food bank Community Care of West Niagara and of The Tomkins Institute, an organization devoted to exploration of the work of the American personality and affect theorist Silvan Tomkins. 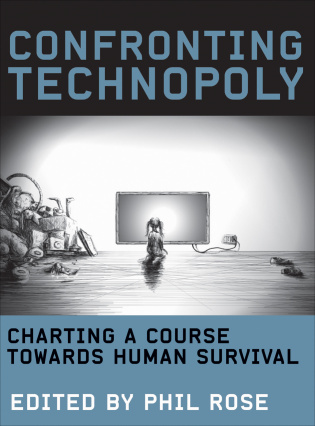