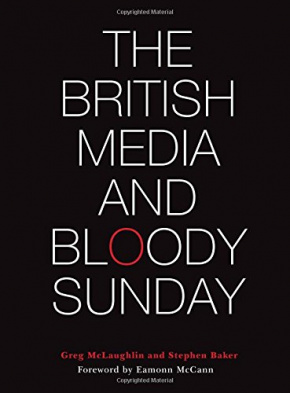 The British Media and Bloody Sunday 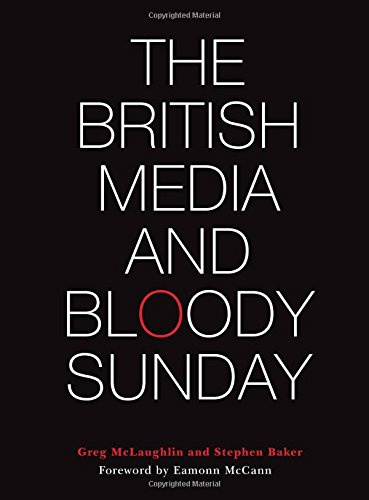 Bloody Sunday was one of the most controversial events in the history of the Northern Ireland conflict and also one of the most mediated. This book identifies two countervailing impulses in media coverage of Bloody Sunday and its legacy, suggesting a more complex set of representations than a straightforward propaganda analysis might allow for.

On Bloody Sunday, January 30, 1972, British paratroopers killed thirteen innocent men in Derry. It was one of the most controversial events in the history of the Northern Ireland conflict and also one of the most mediated. The horror was recorded in newspapers and photographs, on TV news and current affairs and in film and TV drama. In a cross media analysis that spans a period of almost forty years up to the publication of the Saville Report in 2010, The British Media and Bloody Sunday identifies two countervailing impulses in media coverage of Bloody Sunday and its legacy: an urge in the press to rescue the image and reputation of the British Army versus a troubled conscience in TV current affairs and drama about what was done in Britain’s name. In so doing, it suggests a much more complex set of representations than a straightforward propaganda analysis might allow for – one that says less about the conflict in Ireland than it does about Britain, with its loss of empire and its crisis of national identity.

Greg McLaughlin lectures in media and journalism studies at the University of Ulster, Coleraine. He is the author of The War Correspondent (Pluto Press, 2002) and a number of other articles on the media and conflict in Northern Ireland, including, ‘Changing Hearts and Minds? Television, the paramilitaries and the peace process’, in Popiolkowski, J.J. and N.J. Cull. Eds. Public Diplomacy, Cultural Interventions and the Peace Process in Northern Ireland. LA, Figueroa Press (2009) pp. 43-55.

Stephen Baker lectures in film and media studies at the University of Ulster at Coleraine. He has written a number of articles on media, politics and identity in Northern Ireland, including ‘Resurrecting loyalism on film’, in Ruth Barton & Harvey O’Brien (Eds.) Keeping it real: themes and issues in Irish film and television (Wallflower Press, 2004), pp.78-86; and ‘The Alternative Press in Northern Ireland and the Political Process’, in Journalism Studies, Vol. 6 No. 3, 2005; pp.375-386.