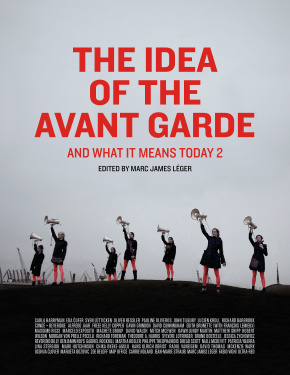 The Idea of the Avant Garde 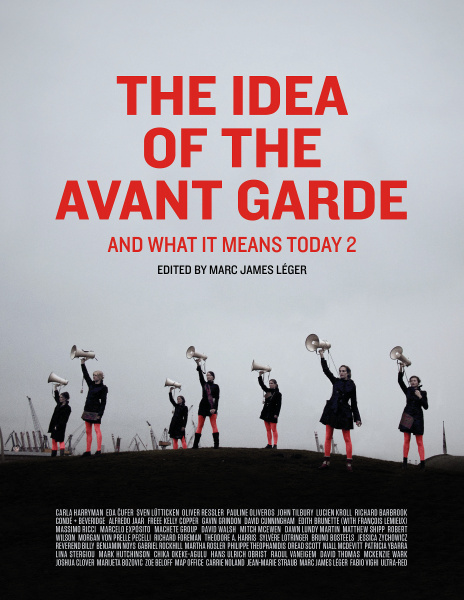 The Idea of the Avant Garde (Book)

And What It Means Today, Volume 2

The first volume of The Idea of the Avant Garde – And What It Means Today provided a lively forum on radical art theory and partisan practices. This second volume presents the work of another 50 artists and writers, exploring the diverse ways that avant-gardism develops reflexive and experimental combinations of aesthetic and political praxis.

The concept of the avant garde is highly contested, whether one consigns it to history or claims it for present-day or future uses. The first volume of The Idea of the Avant Garde – And What It Means Today provided a lively forum on the kinds of radical art theory and partisan practices that are possible in today’s world of global art markets and creative industry entrepreneurialism. This second volume presents the work of another 50 artists and writers, exploring the diverse ways that avant-gardism develops reflexive and experimental combinations of aesthetic and political praxis. The manifest strategies, temporalities, and genealogies of avant-garde art and politics are expressed through an international, intergenerational, and interdisciplinary convocation of ideas that covers the fields of film, video, architecture, visual art, art activism, literature, poetry, theatre, performance, intermedia and music.

Marc James Léger is an artist and writer living in Montreal. His essay on the aesthetic theories of Henri Lefebvre was published in Andrew Hemingway’s edited volume Marxism and the History of Art (2006). He is author of Brave New Avant Garde (2012), The Neoliberal Undead (2013), Drive in Cinema (2015), Don't Network (2018) and Vanguardia: Socially Engaged Art and Theory (2019). He is editor of Culture and Contestation in the New Century (2011) and of the two volumes of The Idea of the Avant Garde - And What It Means Today (2014, 2019) as well as co-editor with David Tomas of Zapantera Negra: An Artistic Encounter Between Black Panthers and Zapatistas (2017).

Marc James Léger The Idea of the Avant Garde

Martha Rosler Take the Money and Run: Can Political and Socio-Critical Art ‘Survive’?

Gabriel Rockhill The Theoretical Destiny of the Avant Garde

Machete Group What Does the Avant Garde Mean Today?

Mark Hutchinson For the Avant Garde: Notes on Art, Capitalism and Revolution

Sylvère Lotringer After the Avant Garde

Patricia Ybarra ‘The Whole Thing Is Over by Nine O’Clock’: The Rude Mechs’s Adaptation of Greil Marcus’ Lipstick Traces

Kelly Copper On the Perverse Pleasures of Indifference

Lina Stergiou Praxis: The Everyday NOT as Usual

Oliver Ressler Socialism Failed, Capitalism Is Bankrupt. What Comes Next?

Edith Brunette (with François Lemieux) The Imaginary Exit of Disengagement

Zoe Beloff The Advanced Guard and the Rearview Mirror

Marc James Léger Austerity and Impunity, and a Few Words with Theodore A. Harris

Matthew Shipp Language Out of the Abyss

Jessica Zychowicz FE/M/EN and the Avant Garde: Locating the Text

Marc James Léger A Punk Prayer to the Lack of Reality

'More than a hundred years after the eruption of Dada, and fifty years after its loudly proclaimed death, the spectre of the avant garde returns in renewed and vibrant forms. This excellent collection gives an overview of just how and why a renewed experimental artistic politics is important.'

'One hundred years after the October Revolution, why does art continue to be meaningful in terms of ideological disruption, that is, in avant-garde terms? If you are looking to understand this question, The Idea of the Avant Garde Vol 2 is the place to start. Navigating the decade marked by the financial apocalypse of 2008, this volume introduces the twenty-first century anti-capitalist zeitgeist in no uncertain terms: art reserves the right to not let us lose sight of what is wrong, who is responsible and what it means to take sides.'

'The Idea of the Avant Garde’s plurality of opinions and approaches is its chief merit. Like its 2014 predecessor, the book seeks to portray how contested the avant-garde is, both conceptually and historically. That ambition shapes not only the number and selection of contributors, but also the design. [...] Léger’s inclusion of ambivalent or noncommittal voices—many belonging to performers—is one of the volume’s more refreshing aspects, in part because it demonstrates the fluctuating definitions and valences of the term. [...] As a whole though—and especially as a whole that refuses to cohere—Léger’s The Idea of the Avant Garde offers a telling take on what the avant-garde has been, is now, and might become.'

BookCulture and Contestation in the New CenturyEdited by Marc James Léger