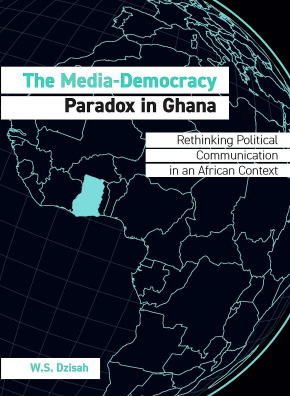 The Media-Democracy Paradox in Ghana 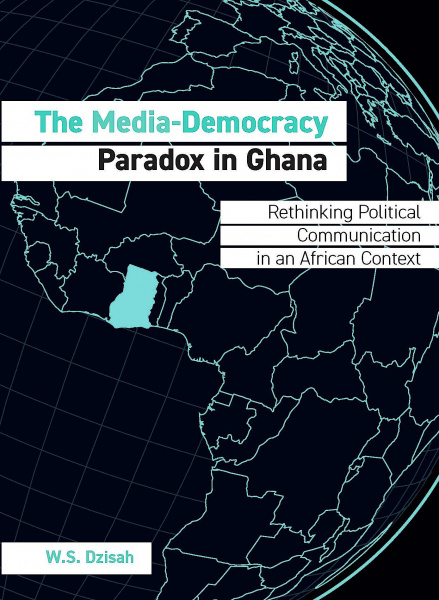 The Media-Democracy Paradox in Ghana (Book)

Ghana is widely acknowledged by the international community as a model of democracy: the first black African sub-Saharan country to gain political independence from Britain. Focusing on the matrix offered by the media-democracy paradox in Ghana, Africa and the Global South, it will generate debate in democracy, media, journalism and communication.

This original new book researches into the praxis of this democracy and its media, delving into Ghana’s evolvement, media practice, leadership aspirations, pressure group politics and ethnic and tribal cleavages. Written in accessible language it will provide valuable source material for readers interested in the development of a democratic culture.

A rich data source for students, scholars and researchers on both the African continent and in the diaspora, it examines the growing influence of social media in political discourse and provides an insightful analysis on debates surrounding political communication and its implications for strengthening democratic culture. Its intention is to challenge the intellectual rigour of scholars, academics, researchers and students. The analytical frames it offers are to generate intellectual discourses.

Provides an overview of the history of the press in Ghana and how that has shaped the current media landscape, and draws attention to the growing influence of social media in political messages and debate.  The historical analysis of the political situation of Ghana and its relationship to the press is informative, comprehensive and stimulating to read.  Ideas discussed are revealing and relevant to current discussions on the contributions of the media to the growth and development of democracy in Ghana in particular – and in Africa as a whole.

The unusual and highly original comparative analytic approach used here is in dealing with the media-democracy paradox through comments and analysis that challenges the orthodoxy of western idealism.  The discussion of media and democracy, with private and state media operating side-by-side in a multiparty democratic setting regulated by a constitution, adds significantly to the wider field of knowledge on the media and democracy.

Primary audience will be academics, scholars, researchers and students – undergraduate and postgraduate – in the humanities and social sciences. Of particular relevance to those in media and communication studies, political science, journalism, cultural studies, postcolonial studies, and historians whose research interests include Ghana.  Also relevant to those with an interest in democracy and development, to media advocacy institutions and policy makers, and to media development experts.

3. The African Perspective of Media and Democracy 48

5. The Early Press, Nkrumah and Nationalism 86

6. Military Adventurism, Democrats and the Media 100

8. Monopoly to Pluralism: Radio and Television 134