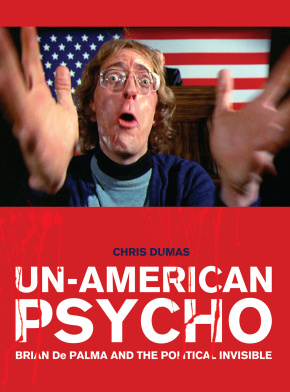 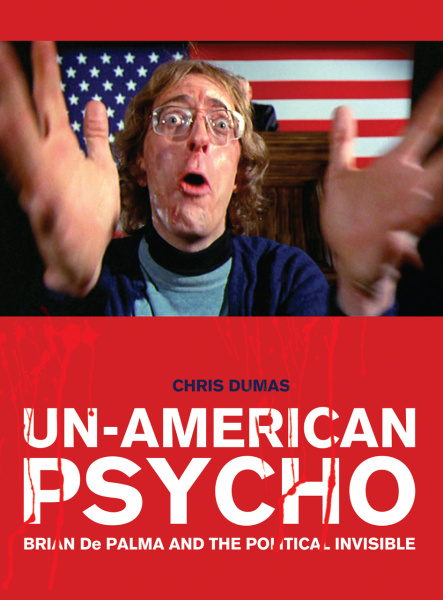 In Un-American Psycho, Chris Dumas places director Brian De Palma’s body of work in dialogue with the works of other provocative filmmakers, including Alfred Hitchcock and Francis Ford Coppola, with the aims of providing a broader understanding of the narrative, stylistic and political gestures that characterize De Palma’s filmmaking.

Brian De Palma is perhaps best known as the director behind the gangster classic Scarface. Yet as ingrained as Scarface is in American popular culture, it is but one of a sizeable number of controversial films—many of which are consistently misread or ignored—directed by De Palma over his more than four-decade career.

In Un-American Psycho, Chris Dumas places De Palma’s body of work in dialogue with the works of other provocative filmmakers, including Alfred Hitchcock, Jean-Luc Godard, and Francis Ford Coppola with the aim of providing a broader understanding of the narrative, stylistic, and political gestures that characterize De Palma’s filmmaking. De Palma’s films engage with a wide range of issues surrounding American political and social culture, and this volume offers a rethinking of the received wisdom on his work.

Chris Dumas is an independent scholar and artist based in San Francisco.

Introduction: The Case of the Missing Disciplinary Object
Chapter 1: Shower Scene
Hitchcock and the Murder of Marion Crane
How to Blame De Palma
How to Operate the Hitchcock Machine
Everything You Ever Wanted to Know about Žižek (But Were Afraid to Ask De Palma)
Chapter 2: Get to Know Your Failure
Death(s) of the Left: An Historical Cartoon
Godard: The Holy Man
Made in U.S.A.
Cinema of Failed Revolt
Chapter 3: The Personal and The Political
Bad Objects
The Liberal Gaze
The Political Invisible
Conclusion: Norman Bates and His Doubles

'One of the year’s best film books ... Does more to argue for De Palma's place as a major filmmaker than anything that has come before it.'

'High-powered, witty, and provocatively (as well as suitably) disreputable.'

[A] provocative and frequently brilliant book ... I felt more alive reading this book than I have felt reading a scholarly work on cinema in years'

'Dumas is giving De Palma his due. And in so doing, he’s arming the next generation of hardened De Palma defenders with some seriously heavy artillery.'

'How, at this date, can you possibly write an original book on Alfred Hitchcock? Or on his fellow sovereign of Film Studies, Jean-Luc Godard? Or, for that matter, on anything in Film Studies, a discipline whose present practitioners seem to drive the same luxe brands of theory along the same political/aesthetic autoroutes? To these riddles, Chris Dumas gives us a surprising but cogent answer: by writing an outrageously original book on Brian De Palma, the figure whom this same discipline has—with suspicious but never before interrogated vehemence—dismissed as Hitchcock’s evil emulator and Godard’s dumb double. De Palma, who in Dumas finally finds a critic and theorist worthy of him, has undoubtedly been waiting a long time for this book. But so has Film Studies. In a field deeply fearful of being cast out from scholarly legitimacy, of bearing the same stigma that it has inflicted on De Palma, Un-American Psycho can’t but register as remarkably fresh work in every main sense: unusual, invigorating, cheeky. But try to imagine all that a character in Psycho might have had in mind when he complained that the air was “hot as fresh milk,” and you’ll be alerted to a rarer and possibly more troubling sort of freshness on offer here. This is, to give it a name, the raw thrill of live writing. '

'Reading this book is like drinking that extra cup of coffee. Organized around two intricately interwoven topics—the history of Film Studies and the failed reception of Brian De Palma’s films—this book asks troubling, provocative questions, not only about the causal relationship of politics to taste, but about a certain unease at the heart of Film Studies itself. Gracefully written, it moves from polemic to close textual analysis to theory without skipping a beat. At its most basic, it provides a clear, lucid, and intelligent updating of Hitchcock, Godard, and De Palma scholarship. At its most sharply angled moments, it demands that we revisit the basic assumptions of the discipline. Brave, exacting, brilliant, and confrontational, it is the most radical thing I’ve read in a long time—not only in the sense of challenging the status quo, but of taking us truly back to our roots.'

'Now, I ask you: is the person capable of writing this painfully inadequate account of the aesthetics of Blow Out really the right guy to be ‘rehabilitating’ De Palma? [5] Actually, it is a question not only of Blow Out here, but of pop cinema – maybe just cinema, period – in general. Dumas reveals in this passage how cringingly normative his evaluation/appreciation of films truly is. Look at what he finds dissonant: sudden mood changes, modes of stylised acting (which De Palma wields with great precision), artifices or contrivances of plotting, stereotype and cliché, juxtaposition of comedy and tragedy … Let’s pray he never turns his attention to Johnny Guitar or, indeed, most films by Jean “earnest” Renoir. Or, let’s face it, most films.'

The thesis of Chris Dumas’s book is as audacious as it is entertaining: As De Palma is to Hitchcock, so too is Dumas to Žižek and to all of Dumas’s other parental figures who dominate much of today’s film studies discourse. With a combination of sometimes wince-inducing Oedipal outrage and lovingly obsessive filial piety, Dumas assumes the voice of film studies' preternaturally argumentative teenage son, in order to claim not only a defining place for De Palma in film history but a revolutionary understanding of how Anglophone film studies has produced and protected its own blind spots in order to maintain itself as a discipline. By elevating the figure of De Palma from a lost object to a genuinely wonderful bad one, Dumas points the way also to a new understanding of the history of film studies. This is a brave and brilliant book.'