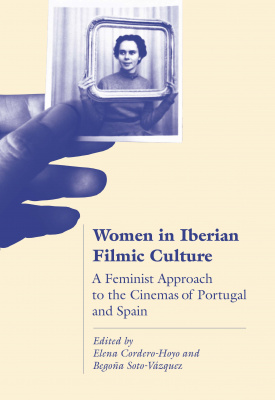 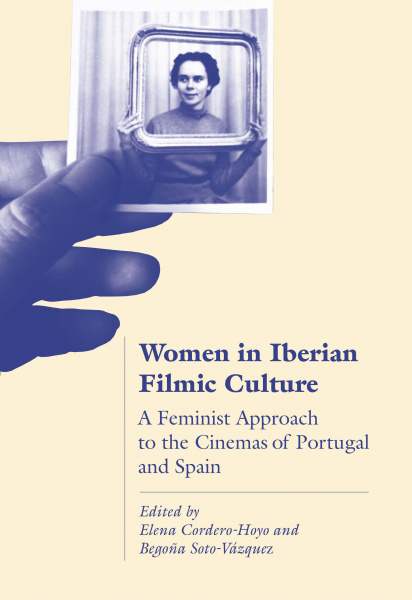 A Feminist Approach to the Cinemas of Portugal and Spain

Focusing on cinema in Portugal and Spain, this collection brings together research about women and their status in relation to Iberian filmic culture. Through a revision of feminist theory and new accounts of film history it contributes to expanding debate and encourages comparison between Iberian cinemas and visual culture from different regions.

Though cinema arrived in Spain and Portugal at the end of the nineteenth century, national and industrial problems as well as the dictatorships of Salazar and Caetano (in Portugal) and Franco (in Spain) meant Iberian cinemas were isolated from European cultural trends. Strict censorship in both countries limited the themes and artistic practices adopted, while a specific cinematographic language, in many cases full of metaphors and symbolism, sought alternatives to the imposed official discourse and preconceived definitions of supposed national identities. By contrast, the arrival of democracy from the 1970s onwards widened not just the panorama of film production and criticism, but also opened the film industry to women’s participation in areas historically assigned to men.

Focusing on Portuguese and Spanish cinema, this collection brings together research about women and their status in relation to Iberian filmic culture. The volume contributes to ongoing debates about the position of women in the cinemas of Portugal and Spain from interdisciplinary and feminist perspectives as well as new accounts of film history. It also aims to promote comparisons between Iberian cinemas and visual culture, a topic that is almost unexplored in academia, despite the similar histories of the two countries, particularly throughout the twentieth century.

Elena Cordero-Hoyo is a Ph.D. student carrying out a research on 'Women’s Access to Silent Cinema in Spain and Portugal' in the PhD-COMP (University of Lisbon, KU Leuven, University of Bologna), receiving a FCT scholarship (PD/BD/128075/2016). She is part of the research projects 'Iberian and Ibero-American Dialogues' and 'Cinema and the World' at Centro de Estudos Comparatistas (Center for Comparative Studies) from the Falculty of Arts (University of Lisbon , FLUL) and of the research group 'Presence and Representation of Women in Early Cinema' (University of Girona, HAR2015-66262-P). She is also an editor of Secuencias, an online film history journal.

Begoña Soto-Vázquez is professor of media history and cinema theory at the Universidad Rey Juan Carlos (Madrid), where she directed the MA and Ph.D. of Spanish Cinema Studies. She is the Spanish coordinator of the 'Women's Film Pioneer Project'. She was the founder and director of the Film Archive of Andalucia and has collaborated with film restoration projects within the Filmoteca Española and Filmoteca de Catalunya. She is part of the research group 'Presence and Representation of Women in Early Cinema' (University of Girona, HAR2015-66262-P) and a member of the Asociación Española de Historiadores del Cine and Domitor.

Part 1: The presence of women in Iberian cinemas

Fiction as a Place of Power: The Presence of Female Directors Throughout the History of Portuguese Cinema – Ana Catarina Pereira

‘People Don’t Understand [the] World’: The Limits of Transnational Authorship in the Cinema of Isabel Coixet – Katarzyna Paszkiewicz

Part 3: Beyond the author: Recognizing other cinematographic professions

Costume Designers in Portugal: A Trade Between Art and Technique Relegated to the Status of ‘a Woman’s Thing’ – Caterina Cucinotta

'What Women in Iberian Filmic Culture does particularly well is to bring together various perspectives that cover the less obvious aspect of women’s contributions to the Iberian film industries. Forming some unusual connections between disciplines that rarely feature in history books, and focusing on contributions that often happen in the background and remain unaccounted for, we are effectively presented with an alternative vision of female resistance (and persistence), while also making a difficult journey through an otherwise male dominated field. [...] Women in Iberian Filmic Culture is therefore a refreshing read, appreciating the input that generations of women have made to shape the filmmaking industry on the Iberian Peninsula.'