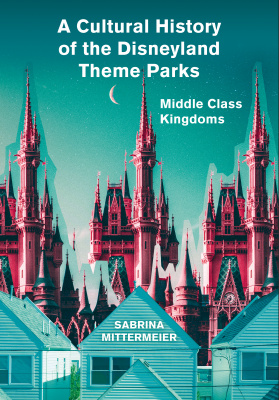 A Cultural History of the Disneyland Theme Parks 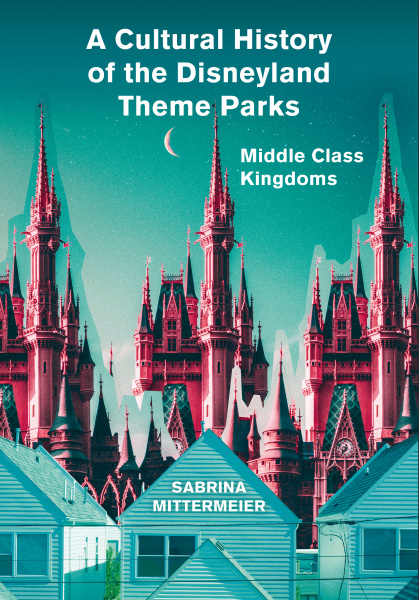 A Cultural History of the Disneyland Theme Parks (Book)

The first comparative historical study of the six Disneyland theme parks around the world in five distinct cultures: the USA, Tokyo, Paris, Hong Kong and Shanghai. Sets the parks in the historic contexts at their opening, discusses cross- and trans-cultural understandings of the parks and the part that class plays.

A PDF version of this book is available for free in Open Access: A Cultural History of the Disneyland Theme Parks. It has been made available under a Creative Commons Attribution 4.0 International Public License and is part of Knowledge Unlatched.

When the first Disneyland opened its doors in 1955, it reinvented the American amusement park and transformed the travel, tourism and entertainment industries forever. Now a global vacation empire, the original park in Anaheim, California, has been joined by massive complexes in Florida, Tokyo, Paris, Hong Kong and Shanghai.

Spanning six decades, three continents and five distinct cultures, Sabrina Mittermeier presents an interdisciplinary examination of the parks, situating them in their proper historical context and exploring the distinct cultural, social and economic landscapes that defined each one at the time of its construction. She then spotlights the central role of class in the subsequent success or failure of each venture.

The first comparative study of the Disney theme parks, this book closes a significant gap in existing research and is an important new contribution to the field, providing the first discussion of the Disney parks and what they reveal about the cultures they are set in.  There has been a lack of focus on cross- and trans-cultural analyses of theme parks generally and Disney theme parks specifically, until now.

It is also particularly interesting – and will be welcomed for it – for the non-United States context of the study. This is a thorough examination of all of the existing Disney Parks and how they function within their respective cultures. While Disney themes and characters attempt to be universal, the author does a good job of arguing for where this is not possible and how glocalization is crucial to the parks’ successes.

The writing is academic, but it is not inaccessible. It will have wide disciplinary appeal within academia, as tourism studies cross into a variety of fields including history, American studies, fandom studies, performance studies and cultural studies.

It will be invaluable to those working in the field of theme park scholarship and the study of Disney theme parks, theme parks in general and related areas like world’s expositions and spaces of the consumer and lifestyle worlds.

It will also be of interest to Disney fans, those who have visited any of the parks or are interested to know more about the parks and their cultural situation and context.

Dr. Sabrina Mittermeier is a postdoctoral researcher and lecturer in American cultural history at the University of Kassel, Germany and has previously worked as a research assistant in the DFG-funded (Deutsche Forschsungsgemeinschaft) project  “Time and Temporality in Theme Parks“ and at the University of Augsburg. She is co-editor of Fan Phenomena: Disney (forthcoming), The Routledge Handbook to Star Trek (forthcoming), and Fighting for the Future: Essays on Star Trek: Discovery (2020). Her work has also appeared in the Journal of Popular Culture, Queer Studies in Media and Popular Culture and a number of other edited volumes.

Introduction: The Cultural Relevance of Disneyland

An Orange Grove in Anaheim: The Original Disneyland (1955)

‘Is There Really a Disneyland in America?’ – The Unique Case of Tokyo Disneyland (1983)

A ‘Cultural Chernobyl?’ – EuroDisney (1992) and the Theme Park Public

Hong Kong Disneyland (2005): A Site of Local Pride and Conflict

'A Cultural History of the Disneyland Theme Parks is one of the strongest works of Disney scholarship in recent years, serving as a history of the parks themselves and an exploration of the consumers that visit those spaces. Mittermeier’s work represents the first scholarly history of the six parks, keenly observing the cultural adaptations and interplays that occur in the creation and eventual financial success of the parks. The emphasis on the consumers [...] is a masterstroke, evading the more internecine ivory tower debates around Disney and offering a sense of why the parks have proven successful in a wide array of circumstances. The Disney parks have survived all manner of economic downturns, culture wars, and even a pandemic of late, and this book makes a case that they are worth considering from a scholarly perspective. Even if you have never attended a single Disney park, you will find value in this, and this text speaks to a bright future for the study of Disney.'

'A detailed and engaging cultural history of Disneyland’s theme parks to tell the story of this now global phenomenon. [...] The book will be essential reading across humanities and social science, and for anyone interested in contemporary culture. [...] I strongly urge people to read it both in terms of how interesting the analysis is, and because it's a great and fascinating story, and particularly poignant now.'