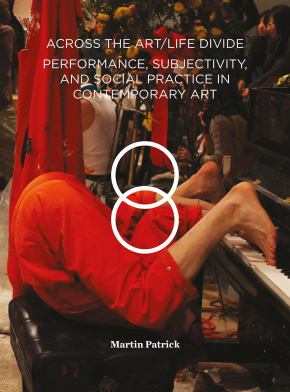 Across the Art/Life Divide 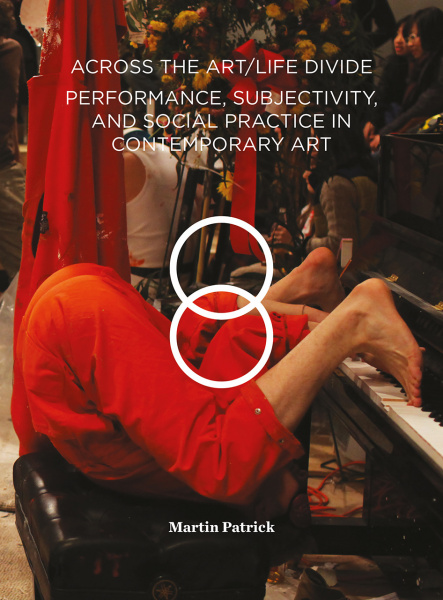 Across the Art/Life Divide (Book)

Martin Patrick explores the ways in which contemporary artists across media continue to reinvent art that straddles both public and private spheres. Examining the impact of various art movements on notions of performance, authorship, and identity, Across the Art/Life Divide argues that the most defining feature of contemporary art is the ongoing interest of artists in the problematic relationship between art and life.

Martin Patrick explores the ways in which contemporary artists across media continue to reinvent art that straddles both public and private spheres. Examining the impact of various art movements on notions of performance, authorship, and identity, Across the Art/Life Divide argues that the most defining feature of contemporary art is the ongoing interest of artists in the problematic relationship between art and life. Looking at under-examined forms, such as stand-up comedy and sketch shows, alongside more traditional artistic media, he situates the work of a wide range of contemporary artists to ask: To what extent are artists presenting themselves? And does the portrayal of the “self” in art necessarily constitute authenticity? By dissecting the meta-conditions and contexts surrounding the production of art, Across the Art/Life Divide examines how ordinary, everyday life is transformed into art.

Martin Patrick is an art critic and senior lecturer at the Whiti o Rehua School of Art, Massey University in Wellington, New Zealand.

Chapter 1 - Art and How to Live It: Artists Performing Themselves (and Others)
Chapter 2 - Unfinished Filliou: On the Fluxus Ethos, Origins of Rational Aesthetics, and the Potential for a Non-Movement in Art
Chapter 3 - Autobiographical Voices and Entangled Identities: On Monologues and Memoirs; Comedians, Celebrity, and Camouflage
Chapter 4 - Reenactments, Remixing, and Restaging the Contemporary
Chapter 5 - Social Practices and the Shifting Discourse: On Collaborative Strategies and "Curating the Social"
Chapter 6 - Emergent Notions of Subjectivity and Authorship: How Might We Occupy the Present?

'The driving concern of the author, as he admits, is to look backward, grasp forward and reflect the present. The book examines performativity, new approaches in writing, socially engaged art and curatorial practices and their relations to the idea of ‘life’. Martin Patrick identifies some crucial problems and ideas that are important for contemporary visual art, shows a whole spectrum of different approaches, and opens up a discussion about the directions that art will move in.'

'While Patrick’s unravelling of art and life leads the reader down many forking paths, he consistently ties all threads back to the Fluxus artists of the 1960s and 1970s. He argues that the Fluxus legacy is very much present in contemporary practice due to its experimental live happenings, its diverse membership, collective ethos and incessant blurring of public/private boundaries. Another consistent strength of the book is it mixes internationally canonised figures, such as Robert Rauschenberg, David Hammons, and Thomas Hirschhorn, alongside those lesser known including a number from Aotearoa. This last point makes Patrick’s publication a unique contribution which broadens art world topologies as much as it does our understanding of the art/life divide.'

'As a writer of short-form art criticism, Patrick's compendium on contemporary practices has all the hallmarks of professional art writing, with theory kept to a minimum; with a critic's appreciation for artists and artworks; and with an interest in comparative and thematic groupings that accounts for new developments in art, institutional contexts, and social pressures. And with a background as a studio artist, Patrick demonstrates a keen sense of art practice from the perspective of makers. His writing privileges living practices, we could say, more than any prevailing concerns with theory, ideology, or politics.'

'Across the Art/Life Divide offers both an overview of performative practices and a theory connecting this work to political movements. Patrick addresses aspects of this history by exploring interconnected modes of conceptualizing art – as process, happening, or flux – and his understanding of how the artists’ self presentational strategies relate to the political siting and affects of their work is groundbreaking. The book is a crucial read for anyone interested in understanding the relationship between innovations in the very concept of what art is in the contemporary period and politically motivated concerns around identity and structures of power in the art world.'

'In this inspired consideration of 20th and 21st century international avant-gardes, Martin Patrick reveals secret histories, tendencies, and subtexts that defy the weary exchangeability of institutional contemporary art.  Looking beyond the usual suspects, Patrick charts the charged space between art and life, and channels the artists and art works that describe the indescribable.'

'The text is perhaps most remarkable due to its lucidity. From the opening invocations of Robert Rauschenberg and Allan Kaprow, to the later considerations of Thomas Hirschhorn’s Gramsci Monument, time and time again the text aims to make the sometimes ‘difficult’ claims of artworks and artists understandable to a non-specialist readership.'