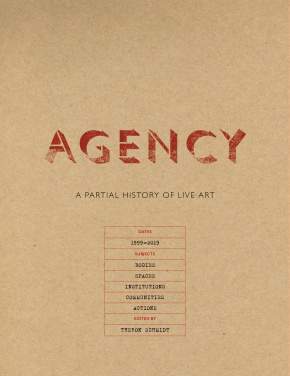 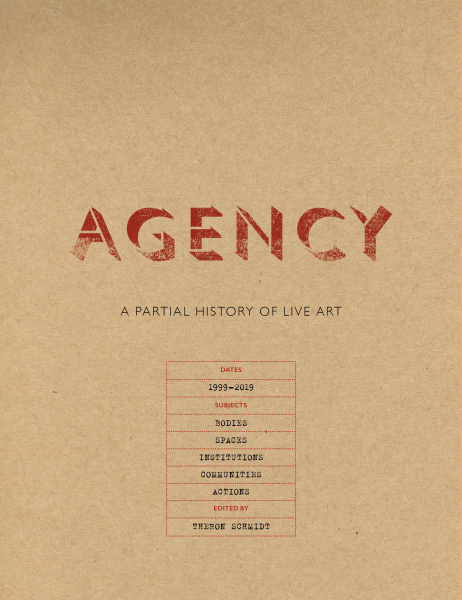 A Partial History of Live Art

Including almost 50 contributing artists and scholars, this collection of essays, conversations, provocations and archival images takes the twentieth anniversary of the founding of one of the sector's most committed champions, the Live Art Development Agency in London, as an opportunity to consider not only what Live Art has been against, but also what it has been for. Through the work of this particular 'agency', the book explores the idea of agency more generally: how Live Art has enabled the possibility for new kinds of thoughts, actions and alliances for diverse individuals and groups.

Notoriously difficult to define as a genre, Live Art is commonly positioned as a challenge to received artistic, social and political categories: not theatre, not dance, not visual art... and often wilfully anti-mainstream and anti-establishment. But as it has become an increasingly prevalent category in international festivals, major art galleries, diverse publications and higher education streams, it is time for a reassessment.

This collection of essays, conversations, provocations and archival images takes the twentieth anniversary of the founding of one of the sector’s most committed champions, the Live Art Development Agency (LADA) in London, as an opportunity to consider not only what Live Art has been against, but also what it has been for. Rather than defining the practices in oppositional terms – what they might be seeking to critique, reject or disrupt – this collection reframes these practices in terms of the relations and commitments they might be used to model or advocate.  What kinds of care and recovery do they enable?  What do they connect as well as reject?  What do they make possible as they test the impossible?  What ideas of success do they stand for as they risk failure?  In this way, the central theme of the collection, and to which all contributors were invited to respond, is the idea of agency: the capacity for new kinds of thoughts, actions and energies as enacted by individual artists and groups. It seems appropriate that this question would be considered in relation to the history of one particular ‘agency’: LADA itself.

These questions are explored in a unique conversational format, bringing together a diverse range of emerging and established practitioners, curators and leading figures in the field, each paired with another practitioner for a live conversation that has been sensitively edited for the page. Curated within a structure of five overlapping themes – Bodies, Spaces, Institutions, Communities and Actions – this format produces unexpected insights and accounts of the development of the field. Each theme also contains two provocative essays by leading scholars, thinkers and makers, exploring the conceptual frames in more detail. The result is a collection that is as heterogeneous, ambitious, contradictory and inspiring as the field of Live Art itself.

Theron Schmidt works internationally as a writer, teacher and performer. He is a founding co-convener of the international Performance Philosophy network, founding co-editor of the journal Performance Philosophy and associate editor of Performance Research. In addition to his academic research, he has written widely about contemporary performance and Live Art for a variety of publications, including magazines and artist books, and also as part of innovative critical writing projects that foster interaction between scholars, artists and publics.

'This is an elegant and beautifully presented mapping of important themes and topics in Live Art. The lens of agency provides an original perspective as well as providing a well-deserved tribute to the work of the Live Art Agency. The editorial strategy for the volume is very clearly articulated and the variety of voices and registers was extremely well curated and framed.

The work is very precisely edited with very good introduction to each sub-section. All the elements, including the images, are excellently integrated in a coherent totality.'

'The contributions to the volume are authored by some of the most significant artists and researchers in the field, and there is a range of fascinating and urgent voices, practices, and questions collected here. Agency is essential reading for anyone interested or invested in Live Art and who wants to know more about LADA’s history and practices. The book is both a (partial) history of Live Art, and a proposal for how the complex and multifarious concept of agency might help to shape future practice, communities, and actions.'

'The strength of Agency is that the book is about much more than LADA itself. Using the term agency as ‘the capacity for new kinds of thoughts, actions, and energies as enacted by individual artists and groups’, Schmidt is interested in exploring the agency, or relational encounters, between different entities, locations, and bodies that have fallen under the umbrella created by LADA. [...] Agency could easily have been a book about live art’s radicality. It is to Schmidt’s credit, however, that as much attention is given to institutions, spaces, and support systems as to the individual artists.'

'[Agency] places itself in the mid-stream of engaged public discourse about what matters for artists (and indeed for all of us) in cultural/political life.[...] There is so much here in these essays and dialogues that multiple readings are truly worthwhile.[...] Agency is published at a critical moment for an institution that has forged resilience among artists over time. It deserves to be widely read and used by artists, scholars, change-makers, and social activists. It matters.'

'A series of provocations and conversations.[...] While I believe that many of the questions that characterise live art are still vital and urgent, sometimes the insistence on live art’s overtly politicised and provocative mode of ‘unruly’ practice floats its material base. I am sometimes suspicious of how live art is so unquestionably predisposed to the political, rather than an assessment of how such associations and definitions have developed, changed and crystalised, perhaps even taking on their own conservatisms. Schmidt, in his introduction, reframes this idea perfectly, asking what has live art ‘been against’ but also what has it been for?'

'Agency offers one of the clearest explanations in plain English of exactly what constitutes Live Art, what sets it apart from theatre or other practices in the creative industries and why that matters. As a reference book it offers an intelligent and rigorous interrogation of Live Art its guts and gore, its shock tactics and disruptions, its raw energy, risk taking and ingenuity.'