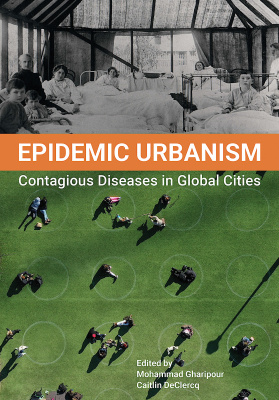 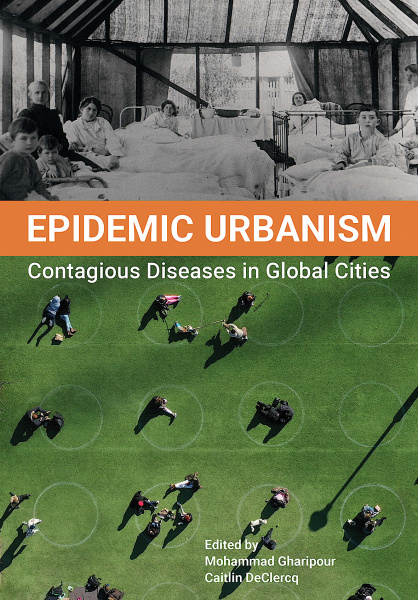 The recent pandemic has put into perspective the impact of epidemic illness on urban life and exposed the vulnerabilities of societies. Interdisciplinary case studies from across the globe explore what insights from the outbreak, experience and response to previous epidemics might inform our understanding of the current world. 150 b/w illus.

Includes 36 chapters that deploy interdisciplinary approaches to the analysis of the mutual relationship between pandemics and the built environment. The chapters share the story of a pandemic in a particular city or region from five continents, and are organized in four sections to convey the mechanisms of change that affect vulnerabilities and responses to epidemic illnesses: 'Urban Governance', 'Urban Life', 'Urban Infrastructure' and 'Urban Design and Planning'. Two prominent scholars from the disciplines of public health and medical anthropology provide a prologue and epilogue: Sandro Galea writes on 'Pandemics and urban health', and Richard J. Jackson on 'Urbanism and architecture in the post-COVID era'.

The contributors to this new study are historians, public health experts, art and architectural historians, sociologists, anthropologists, doctors and nurses. In researching their contributions, all have spoken to an audience that includes the public, practitioners and academic readers; the resultant case studies reveal a diverse range of urban interventions that are connected to the impact of epidemics on society and urban life, as well as the conceptualization of and response to disease.

Epidemic illnesses – not only a product of biology, but also social and cultural phenomena – are as old as cities themselves. The recent pandemic has put into perspective the impact of epidemic illness on urban life and exposed the vulnerabilities of the societies it ravages as much as the bodies it infects. How can epidemics help us understand urban environments? How might insights from the outbreak and responses to previous urban epidemics inform our understanding of the current world? With these questions in mind, this book gathers scholarship from a range of disciplines to present case studies from across the globe, each demonstrating how cities in particular are not just the primary place of exposure and quarantine, but also the site and instrument of intervention.

This book seeks to explore the profound and complex ways that architecture and landscape design were impacted by historical epidemics around the world, from North America to Africa and Australia, and to convey this information in a way that meaningfully engages a public readership. The chapters analyse the development of urban infrastructure, institutions and spaces in western and eastern societies in response to historical pandemics. They also demonstrate how epidemic illnesses, and their responses, exploit and amplify social inequality in the urban contexts and communities they impact.

Mohammad Gharipour is professor and director of the Architecture Graduate Program at the School of Architecture and Planning at Morgan State University in Baltimore, USA.

Caitlin DeClercq is an assistant director at Columbia University’s Center for Teaching and Learning. Along with Mohammad Gharipour, she is the co-founder of the Epidemic Urbanism Initiative.

'This is a brilliantly conceived, ground breaking collection that provides deep insight into the challenges that COVID poses to our world today.  By focusing on the physical environment, these studies of past pandemics demonstrate how critical it is to tend to both neglected infrastructure and vulnerable communities.  Epidemic Urbanism is an inspiring example of  interdisciplinary collaboration across diverse times and places and the contributions it brings to the work of global public health.'

“Epidemic Urbanism recounts the fascinating history of cities and plagues to shed light on present and future challenges. For hundreds of years, cities have played a central role in the spread, inequality, and containment of epidemics and pandemics. Why would COVID-19 be any different? Public health strategy is most effective when based on data, aligned with communities, and informed by the triumphs and failures of the past. This book is essential reading for the work of preparing for our next great infectious disease challenge.”
Joshua M. Sharfstein, Professor and Vice Dean, Johns Hopkins Bloomberg School of Public Health, USA

“As sports stadia and conference centres have transformed themselves into impromptu healthcare facilities and makeshift morgues, Epidemic Urbanism could not be timelier. Ranging from Agra in the 1610s to Sao Paulo in the 1970s, its studies of particular, historical outbreaks add up to a global account of how disease has affected cities and cities have affected disease. Drawing from specialists across a range of disciplines, Gharipour and DeClercq’s urgent collection draws from the past to point the way to the future. As Governments exhort and promise to ‘Build Back Better’, Epidemic Urbanism tellingly reminds us how such policies need to be informed by historical understanding and based around shared equity.”
Ross MacFarlane, Research Development Specialist, The Wellcome Collection, UK

“The dynamic interplay of contagious illness and the built environment is a long and global story,
highlighted by the COVID-19 pandemic. Epidemic Urbanism is an epic collection amplifying this theme, beautifully conceived and organized in a clear, orderly format (context-case study-conclusion). Its main intention is to inspire action, anticipating future historical studies and pandemics. Instructive examples take us around the world to see how illnesses have been managed and mis-managed by city dwellers.”
Annmarie Adams, Faculty of Medicine and Health Sciences, McGill University, Canada