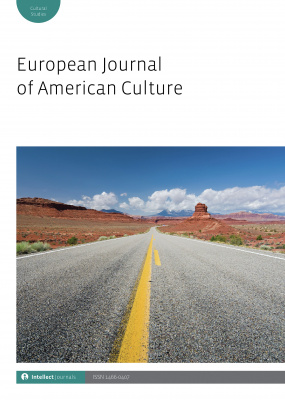 European Journal of American Culture 41.2 is out now! Special Issue

Intellect is pleased to announce that European Journal of American Culture 41.2 is out now!

Special Issue: ‘Donald Trump: The Presidency and the Media’

The European Journal of American Culture (EJAC) is an academic, refereed journal for scholars, academics and students from many disciplines with a common involvement in the interdisciplinary study of America and American culture, drawing on a variety of approaches and encompassing the whole evolution of America. EJAC is particularly interested in articles considering the ways in which politics, history, literature, the visual arts and other areas of the humanities have increasingly engaged with cultural issues.

Donald Trump, the presidency and the media

Nixon, Trump and Washington Behind Closed Doors: Fictionalizing Watergate and the prescience of the historical miniseries

Gutter politics: Graphic novels in the age of Trump