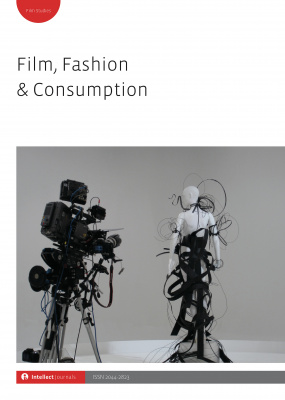 Intellect is pleased to announce that Film, Fashion & Consumption 11.1 is out now!

Film, Fashion & Consumption is a peer-reviewed journal designed to provide an arena for the discussion of research, methods and practice within and between the fields of film, fashion, design, history, art history and heritage. The journal seeks to stimulate ongoing research on these topics and to attract contributions not only from scholars researching in these areas but also from practitioners, who are traditionally excluded from academic debate. The journal thus aims to unite and enlarge a community of researchers and practitioners in film, fashion, consumption and related fields, whilst also introducing a wider audience to new work, particularly to interdisciplinary research which looks at the intersections between film, fashion and consumption.

Female fashion in the Franco era and the Imágenes magazine programme

‘Who wants the pressure of being super all the time?’: Mid-century modern fashions and their influence on costume development in The Incredibles and Incredibles 2