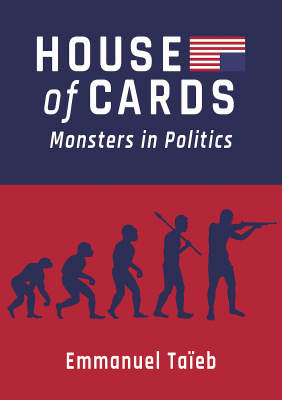 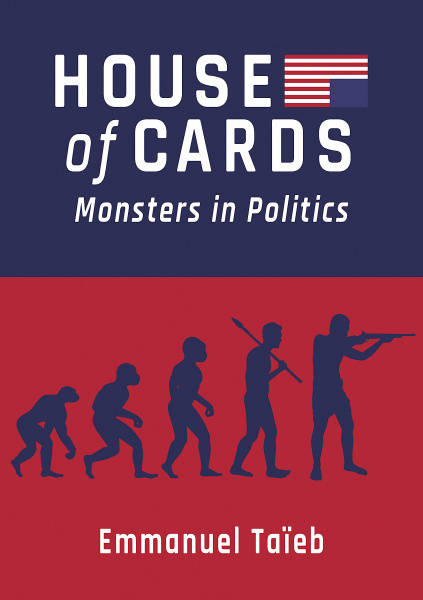 Exploration of the idea that House of Cards sets an alternate political world, where the leader is a ferocious animal, a political field overtaken by monsters who remain true to their fundamental nature or try to master their bloodthirsty instincts. But can we really think that the elected men and women are so different from their constituents?

Although, by all appearances, House of Cards is a television series about politics, it in fact explores some of the most subversive questions raised by Machiavelli’s writings: what if the Prince were a ferocious animal? What would happen if our political world were overtaken by vampires? Would they be capable of mastering their bloodthirsty instincts, or would they remain true to their fundamental nature?

In their relentless quest for power, Frank Underwood, his wife Claire and his chief of staff Doug Stamper are so ruthlessly ambitious that they demolish all boundaries between good and evil. According to a Machiavellian logic taken to its extreme, the specific necessity of a given situation always wins out over common morality. In the struggle for survival, these people are the predators, determined to come out on top whatever the cost.

This book examines how the producers of the series take monstrous characters – who would not be out of place in a crime series or a horror film – and set them in the world of politics, which offers little resistance to violence and turns into a laboratory for systematic destruction. In this variation on the conflict between brutalization and civilization at the heart of power, the political sphere therefore becomes the scene of crime par excellence.

Although the book contains concepts and theories in political science, it is accessibly written. It is also didactic: many examples are taken from the series and from the novels, so the reader always understands what is at stake in the analysis. It will find both an academic and a more general audience.

Primary academic readership will be scholars and students in law, political science, film studies, media studies and cultural studies. The wider readership will include fans of the show, and of course people interested in politics, political thrillers, political philosophy, corruption and democracy, as well as the nature of political leadership.

Emmanuel Taïeb is professor of political science at the Lyon Institute of Political Studies and chief editor of the reviews Saison and Quaderni. His work focuses on conspiracy theories, on the death penalty and violence as well as political TV series seen as spaces where utopian propositions may be presented.

The Art of Wordly Wisdom

The struggle for positions

Chapter 2: THE PRESENCE OF EVIL

The dark side of the force

A politics of instinct

The strange world of politics

A wake-up call for democracy