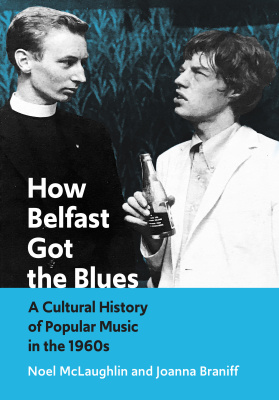 How Belfast Got the Blues 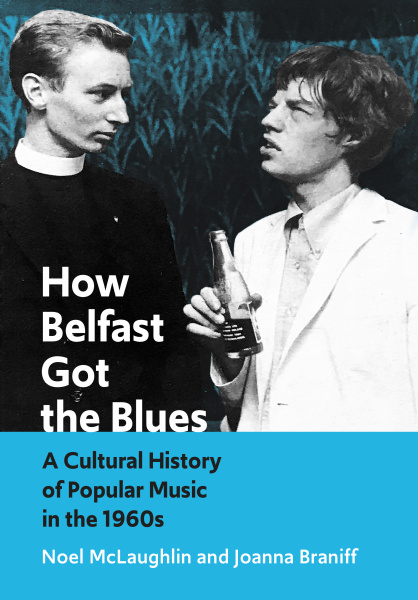 How Belfast Got the Blues (Book)

A Cultural History of Popular Music in the 1960s

Highly original and fascinating cultural and political history told through Belfast’s popular music scene in the 1960s in the context of Northern Ireland’s sociopolitical milieu. With particular emphasis on Van Morrison, Them, and Ottilie Patterson; also features the Peter Whitehead film of The Rolling Stones. 15 b/w illus.

This is not just an important music book; it is an important history book. It captures the moment before Belfast and Northern Ireland became synonymous with the Troubles. It places one of the best-known figures in global popular music, Van Morrison, in his historical and sociocultural context. It also reinstates Ottilie Patterson into her rightful role as a central figure in Ireland’s music. It addresses a significant gap in Ireland’s popular music studies by appraising the contribution of a politically and musically significant female figure.

In light of the re-emergence of Northern Ireland in contemporary British political debate, this book presents a nicely timed intervention, placing Northern Ireland at the forefront of a key moment in British and Irish cultural history, and presenting highly innovative readings of key popular cultural figures. Integrating its account of the popular music culture and local ‘scene’ in Northern Ireland with the broader and highly complex context of the sociopolitical milieu, it offers original and insightful readings of key 1960s figures, including film director Peter Whitehead, The Rolling Stones, Them, Ottilie Patterson and Van Morrison. It includes much new material, obtained in interviews and through meticulous archival research, to challenge the mainstream narrative of the mid-1960s music scene in Belfast.

It is extremely well researched, making use of newspaper and film archives and existing publications, but also an impressive set of personal interviews with veteran musicians and others from that time. The authors challenge much of the received wisdom about the period – for instance, about the decline of the showband – and present their arguments carefully and thoughtfully. While meticulously researched and thoroughly analytic, the writing is uniquely accessible and engaging.

The chapter on the neglected Belfast blue singer Ottilie Patterson represents a paradigm shift in Irish popular music studies, and sets her story and considerable achievements centre stage. This alone makes the book very noteworthy. The chapters on Van Morrison and his band Them place his early career in the context of the local and global music industry. The story of The Rolling Stones film, made by Peter Whitehead, is discussed in the context of the international fervour of the times. The knitting of the music scene with the distinctive social, cultural, political and religious factors is deftly done.

It will also appeal more broadly to fans, writers, journalists and musicians interested in Belfast, Northern Ireland, the Blues, rock and roll, jazz and the 1960s, as well as to fans of the individual musicians.

Noel McLaughlin is a popular musician historian and a senior lecturer in the Department of Arts at Northumbria University in Newcastle upon Tyne, UK. He is the coauthor of Rock and Popular Music in Ireland: Before and After U2 and numerous articles and book chapters on rock and popular music culture.

Joanna Braniff is an independent scholar based in Belfast. She was features editor of the Irish News from 2002 to 2008 and director of political communications in the Northern Ireland Assembly from 2010 to 2015. She now works as a freelance author, journalist, and media consultant specializing in arts and culture.

Introduction: Belfast at a crossroads

Chapter 2: The political power of a film that might have been

Chapter 3: ‘We gotta get into this place’

Chapter 5: A story of Them

'How Belfast Got the Blues provides a meticulous account of Belfast’s popular music culture and politics of the 1960s, going beyond the big names and greatest hits of the decade and, crucially, includes some of those disregarded in previous historical accounts. [...] [It] marks an incredibly valuable contribution to both Irish studies and popular music studies that both celebrates and critiques the multifaceted role of Belfast’s music scenes and its international impact.'

A fascinating and highly original book that (re-)places Northern Ireland at the heart of key popular-musical, and broader popular-cultural, moments in the 1960s, offering fresh insights and presenting huge amounts of new material.

This is a brilliantly innovative book that pushes back the boundaries of existing knowledge quite substantially. It will remain for many years the definitive study of the subject and a point of reference for further research and controversy.