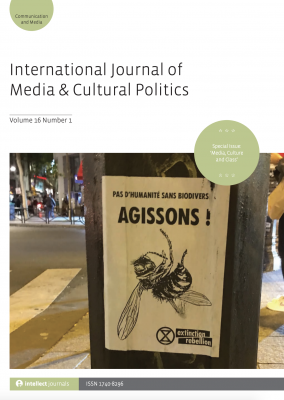 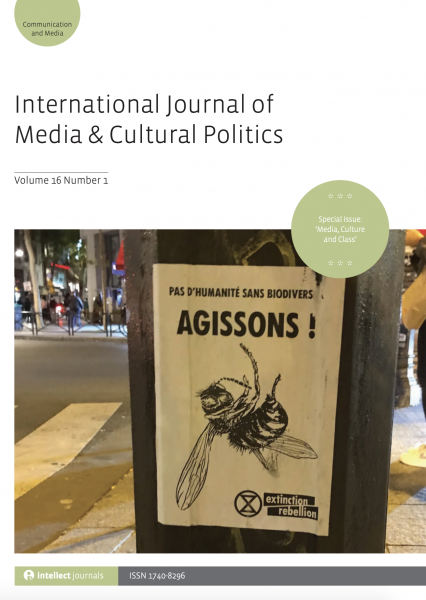 The International Journal of Media & Cultural Politics is a double-blind peer-reviewed journal committed to analysing the politics of communication(s) and cultural processes. It addresses cultural politics in their local, international and global dimensions, recognizing equally the importance of issues defined by their specific cultural geography and those that traverse cultures and nations.

The content focus is critical, in-depth analysis and engaged research of the intersections of communication and media studies, sociology, politics, economics, and cultural studies with the aim of keeping academic analysis in dialogue with the practical world of communications, culture and politics.

The journal publishes theoretical and empirical contributions from a wide and diverse community of researchers, and from any methodological and epistemological approach.

The International Journal of Media & Cultural Politics (MCP) is committed to analysing the politics of communication(s) and cultural processes. It addresses cultural politics in their local, international and global dimensions, recognizing equally the importance of issues defined by their specific cultural geography and those which run across cultures and nations. The content focus will be critical, in-depth analysis and engaged research of the intersections of sociology, politics, cultural studies and media studies with the aim of keeping academic analysis in dialogue with the practical world of communications, culture and politics.

MCP also welcomes books for review. The journal invites contributions from a wide and diverse community of researchers. It seeks to generate and promote research from both experienced researchers and to encourage those new to this field. The aim is to provide a forum for debate arising from findings, as well as theory and methodologies. A range of research approaches and methods is encouraged.

Could it really be that 'elitist' cultural pessimists of the twentieth century (like Adorno and Eliot) were embarrassingly accurate about the degradation inflicted on culture by media producers? Should we evolve social policies to treat some media output like cigarettes and junk food? Can local media systems resist? What are the implications for future political engagement when media content is at once youth-focused, consumerist, and escapist? Is it elitist and prejudiced to ask questions like these about quality?

The death of the intellectual: can Beckham replace Sartre?

'In here and out there' - the media, the centre and the regions

How do the media define 'provinces' and 'regions', the 'centre' and the 'periphery'? How do the media drive the interests and values of some locations and suppress those from elsewhere? Is metrocentrism a major form of parochialism of developed media societies? What is the collective geographical subject of news producers, and who is defined through otherness? What are the demographics of inclusion and exclusion, and how do geographical identities relate to ethnicity, gender and class? How do national metrocentrisms map on to international media coverage, not least of the new category, 'asylum seeker'?

The spectacle of the female body is as never before a standard component of the economies of tv, cinema, and the web, with even pre-teens now the target of legal as well as criminal image-producers across several media. What is the political meaning of these developments? In what ways may we comprehend alternative responses to female spectacle - for example, within some domains of Islam? Does the growth of spectacle of the male body 'equalize' the politics of the image or does it only make it easier to oppress women? Has the reach of techno-economic power made progressive sexual politics irrelevant?

If political action is based on historical consciousness, how do the media affect historical knowledge? Do they help to obliterate history? How much resistance can there be to powerful media-borne versions of history? Does the web liberate individuals from institutional oppression, or increase Western/Anglophone ownership of history? Does computer technology exile history by intensifying the present? Can communities reconstitute their own histories through museums, social action and specialized media? If so, will the result be history or heritage?