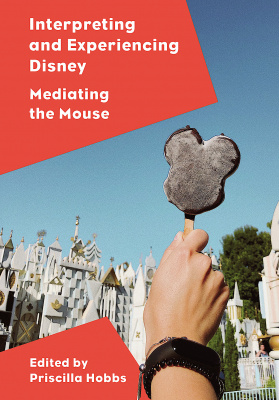 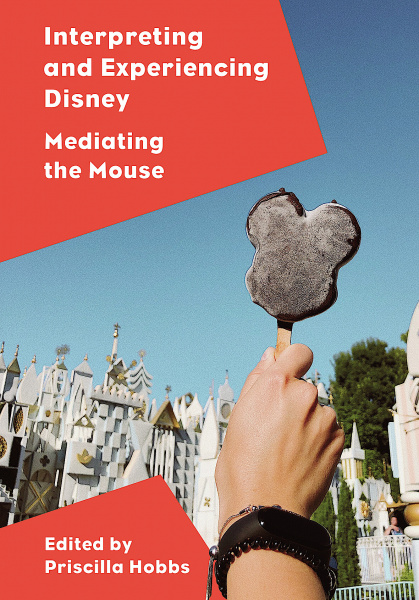 The name 'Disney' is synonymous with its expansive franchises, from princesses to theme parks. The power of the Disney brand is its role as a cultural influencer across multiple generations across the globe. This collection of essays takes a look at Disney beyond its behemoth corporate presence and into the threads of the Disney experience. 3 b/w illus.

Ever since the premiere for the first Mickey Mouse cartoon in 1928, Disney has played a central role in American popular culture, which has progressively expanded to include a global market. The company positioned itself to be a central role in family entertainment, and many of its offerings – from films to consumable products – have deeply embedded themselves into not only the imaginations of children and adults, but also into the threads of one’s life experience. It is difficult to go through life without encountering one Disney product. Because of this, fans of Disney build connections with their favourite characters and franchises, some of which are fuelled further by Disney’s own marketing practices.

Similarly, Disney responds to the cultural values of the era through its films and other media offerings. In this volume, scholars from varying backgrounds take a close look at facets of the Disney canon as more than agents of entertainment or consumption, and into underlying messages at the very heart of the Disney phenomenon: the cultural response that drives the corporation’s massive production and marketing machine. The relationship between Disney and its fans is one of loyalty and love, shaping cultural behaviours and values through the brand and its products. Disney responds in kind with a synergistic approach that makes it possible to experience Disney in any format at any given time.

Primary readership will be academics, researchers, educators, scholars and students working in the fields of media and cultural studies, especially those interested in marketing and branding, and in the Disney Company in general. The accessible writing style and the range of topics covered make it suitable for postgraduate students and academics working in these fields, as well as third-year undergraduate students.

The book will also appeal to academics working in the related fields of tourism studies, film and television studies and, given the focus of some of the chapters, in gender studies.

Although academic in focus, the accessible writing style does mean that it may also have appeal to the non-academic reader and fans of Disney.

Priscilla Hobbs, Ph.D., researches primarily Disney and American studies, with special emphasis on Disneyland. She is the author of the book, Walt's Utopia: Disneyland and American Mythmaking, about Disneyland and the Cold War. She is currently an associate dean at Southern New Hampshire University.

Abbreviating Mickey Mouse: The art of remediation in Disney cartoons

‘You grow up to be a Duck fan in your mother’s womb': The bond between Finnish people and Donald Duck

Toad, Alice, and Peter: From England to Disneyland and back again

Father still knows best: Exploring the construction of traditional masculinity as depicted in portrayals of fatherhood in Disney Princess movies

‘Our cartoon city upon a hill’: Disneyland, Disney World, and American identity

Can Small World ever be politically correct?

A journey from girl to womanhood: The influence of Disney Princess fashion on the female gender

'[The] idea that [Disney] should continually renew itself to be in dialogue with the vagaries and vicissitudes of contemporary society is a throughline in the chapters that comprise Interpreting and Experiencing Disney: Mediating the Mouse, edited by Priscilla Hobbs. The volume is a welcome addition to this corpus, as many of its essays feel specific to 2020s America, a period of enormous flux and introspection characterized by popular protests and the removal of outdated statues. The book will interest scholars in the humanities and social sciences and the general public. One of the virtues of Hobbs’ volume is its concentrated focus, as many of the chapters feel connected. [...] In sum, this book is a significant contribution to Disney studies in that its authors point to the dialogical relationship Disney has historically had with American and European society. Like the Disney Company itself, Disney studies is presented as in constant evolution.'