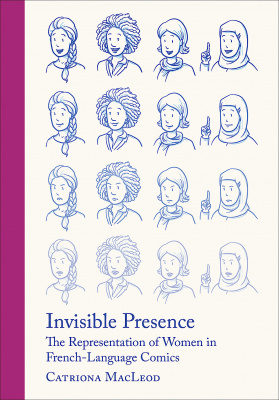 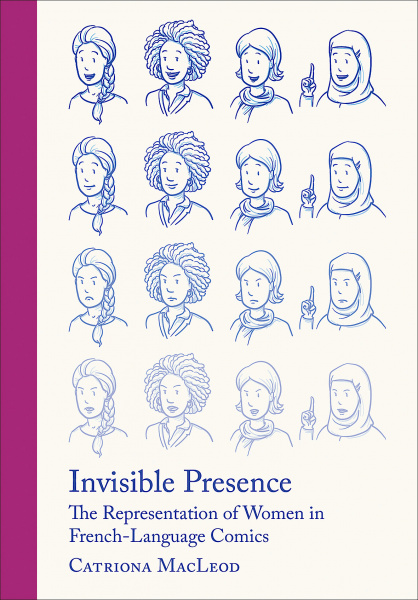 The Representation of Women in French-Language Comics

The most complete study of women in French-language comics to date - and the first published in English. Taking a two-pronged approach of historical and case-study analysis, and with a chronological span of over a century, it is the fullest examination thus far of female depiction in Francophone sequential art. 16 plates, 7 col. 9 b/w.

It focuses on female characters, both primary and secondary, in the francophone comic or bande dessinée, as well as the work of female bande dessinée creators more generally. Until now these characters and creators have received relatively little scholarly attention; this new book is set to change this status quo.

Using feminist scholarship, especially from well-known film and literary theorists, the book asks what it means to draw women from within a phallocentric, male-dominated paradigm, as well as how the particular medium of bande dessinée, its form as well as its history, has shaped dominant representations of women.

This is a very useful addition to both general discussions of French-language comics, and to discussions of women’s comics, which are focused on comics by women only.

As it is written in English, and due to the popularity of comic art in Britain and the United States, this book will primarily appeal to an Anglo-American market. However, the cultural and gender studies approach this text employs (theoretical frameworks still not widely seen in non-Anglophone studies of the bande dessinée) will ensure that the text is also of interest to a Franco-Belgian audience.

With a focus on an art-form which also inspires a lot of public (non-academic) enthusiasm, it will also appeal to fans of the bande dessinée (or wider comic art medium) who are interested in the representation of women in comic art, and to comics scholars on a broad scale.

Catriona MacLeod is a lecturer in French Studies and Politics at the University of London Institute in Paris (ULIP). Her research interests concern women in French-language graphic novels (bandes dessinées) and narratives of trauma and migration in bandes dessinées and caricatures.

Chapter 1 – Bécassine to Barbarella…But What Came in Between? An Introductory History of Female Primary Characters in the Francophone Bande Dessinée

Chapter 3 – Barbarella: Study of a Sex-Symbol

Preface: A Brief Consideration of the Minor

Chapter 5 – Beyond Bonemine: An Introductory History of Female Secondary Characters in the Francophone Bande Dessinée

Chapter 6 – A Study of Stereotypes: The Secondary Female Characters of Astérix

Chapter 8 – Black Secondary Women in the Works of Warnauts and Raives: The Eroticization of Difference

Chapter 10 – The Women that Women Draw: An Introductory History of Female Characters Drawn by Women Artists in the Francophone Bande Dessinée

Chapter 11 – The Rise and Fall of Ah! Nana: France’s first and only all-female illustré

'[Invisible Presence] is a fundamental book for comics scholars, whether or not their research is focused on gender studies. Catriona MacLeod’s detailed analysis of BD, and its male and female authors, is a very valuable source of information especially the vast and varied descriptive level of characters, vignettes, plots and actions. [...] I have to highlight the importance of the vindicating aspect of this volume, namely highlighting the void regarding female characters and female authors that persists in encyclopedic and historiographical volumes on BD; the difficulty of creating genealogy about 20th-century pioneering female authors, and the gaps in the creation of female characters other than by straight white women.'

'Catriona MacLeod's work does not rely on archival funds: that is not her perspective. However, in terms of a culturalist method of analysis nourishing a history of representations, Invisible Presence appears to be exemplary of what gender studies can bring to the study of comics.'