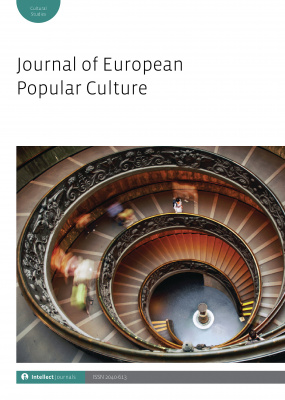 Journal of European Popular Culture 12.2 is out now! Special Issue

Intellect is pleased to announce that Journal of European Popular Culture 12.2 is out now!

The Journal of European Popular Culture investigates the creative cultures of Europe, present and past. Exploring European popular imagery, media, new media, film, music, art and design, architecture, drama and dance, fine art, literature and the writing arts, and more, the journal is also of interest to those considering the influence of European creativity and European creative artefacts worldwide.

THOMAS MORSCH AND VALENTINA RE

Shadows from the past: Unstable memories and collective trauma in Black Earth Rising

A game of mirrors: Western/Eastern European crime series and the struggle for recognition

‘Europudding’ or European co-production? The archaeology of the television series Eurocops (1988–94)