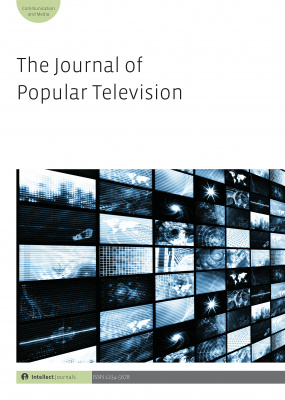 Journal of Popular Television 9.3 is out now! Special Section

Intellect is pleased to announce that Journal of Popular Television 9.3 is out now!

Journal of Popular Television is an international, peer-reviewed journal designed to promote and encourage scholarship on all aspects of popular television, whether fictional or non-fictional, from docudramas and sports to news and comedy. The journal is rooted in the belief that popular television continues to play a major cultural, political and social role, and thus seeks interdisciplinary contributions that contextualize programmes, genres, personalities and phenomena. The journal seeks to be equally responsive to contemporary developments in television production and within television criticism and theory, as to historical approaches and re-evaluation of canonical and non-canonical texts.

The homesick and the sick home

An experiment in space and time: Remaking the missing Doctor Who episode ‘Mission to the

The ‘troubled rebel girl’ and the ‘boy-next-door’: The apparent inversion of gender and love

archetypes in 13 Reasons Why, Élite and Sex Education

Who is this who is coming? From neurosis to neurodegeneration in television adaptations of M.R. James’s ‘Oh, Whistle and I’ll Come to You, My Lad’

A woman scientist in pursuit of truth: A rising trend of representation with Chernobyl

The logic of formatting: A case study on transnational television production