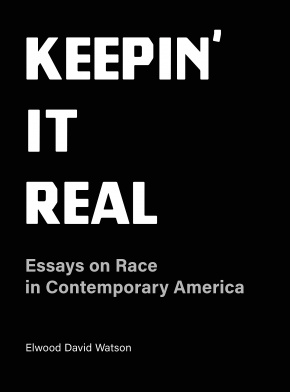 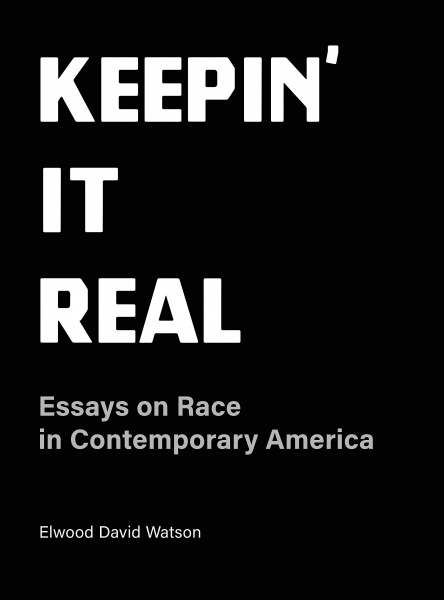 Essays on Race in Contemporary America

Keepin' It Real: Essays on Race in Contemporary America is a vibrant and eclectic collection of essays written during the most racially turbulent period of the modern era – the end of the Obama Administration and the start of the Trump Administration – that examine emerging racial tensions, current movements and controversies, black icons and celebrities and related issues that are more relevant today than ever in the current racial climate.

The past decade has been one of the most racially turbulent periods in the modern era, as the complicated breakthrough of the Obama presidency gave way to the racially charged campaigning and eventual governing of Donald Trump. Keepin' It Real presents a wide-ranging group of essays that take on key aspects of the current landscape surrounding racial issues in America, including the place of the Obamas, the rise of the alt-right and White nationalism, Donald Trump, Colin Kaepernick and the backlash against his protests, Black Lives Matter, sexual politics in the black community and much more.

America's racial problems aren't going away any time soon. Keepin' It Real serves as a marker of the arguments raging right now, and an argument for the changes that need to be made to become the better nation it has long imagined itself to be.

Elwood Watson is a full professor of history, African American studies and gender studies at East Tennessee State University. He is the author of a number of books, several anthologies and numerous articles.

PART I – THE POLITICS OF WHITELASH

1. When Racism Hits Close to Home: On Your Campus

2. The 2016 Olympics: The Trilogy of Hypocrisy, Racism, and White Privilege

8. Denial of Supreme Court Seat: One of a Long Line of Racial Slights toward Predsident Obama

9. The Intersection of Racial, Gender, and Economic Politics

10. The Alt-Right and the Repulsive Spirit of White Supremacy

11. Authentically Black: The Debate Lives On

14. Black History Month: Beyond One Month

15. Message to Starbucks: Tackling Racism Will Require More than a Few Hours of Racial Bias Training

16. We Must Focus More on Substantial Issues as Opposed to Fleeting Symbolism

17. An Open Letter to Some on the Conservative Right: Slavery Was Totally F*cked Up, Period

18. Self-Hatred in the Black Community

20. The Black Community and the Complex Politics of Homophobia

21. Michael Dyson and Cornel West: Much Ado about Ego

24. Violence against and Demonisation of Black Women is Often Overlooked

25. Emmett Till: Will Justice Ever Be Served?

35. Donald Trump and the NFL: The Politics of White Fragility and White Supremacy

36. Bill Maher, and the Nigger-Word Debate

37. Roseanne Barr and the Politics of Right-Wing Hypocrisy

40. Why Is the Conservative Right So Obsessed with Alexandria Ocasio-Cortez?

41. R. Kelly and the Ongoing Disregard, Devaluation, Denigration and Degradation of Black Women

'A raw study of racism. [...] The book's structure and wide range of subjects are admirable. Watson fits an impressive range of content into every short chapter without producing underdeveloped critiques. [...] He deftly aligns his essays to show how repeated patterns have been normalized, and argues that racism is a permanent and intrinsic component of the United States. In this way, Keepin' It Real might be compared to Derrick Bell's Faces at the Bottom of the Well: The Permanence of Racism. Watson adeptly weaves pop culture and news into his observations. [...] Keepin' It Real is a reminder to non-Black readers that it is easy to praise conveniently selected pieces of a culture that is tied to a different race when we do not have to live their everyday struggle.'

'[Watson] tackles the prominent racial issues and inflection points of the past decade, always with an eye towards the prophetic truth-telling of Baldwin, which resonates today, and the poignant analysis of DuBois. [...] Keepin’ It Real lays the groundwork for the current national reckoning on racism. [...] In many ways, Keepin’ It Real discusses Black people, race relations and the permanence of white racism in the tradition of Derrick Bell and his Faces at the Bottom of the Well: The Permanence of Racism and Cornel West’s Race Matters. In his latest work, a collection of thought-provoking and insightful essays, Watson continues this legacy of truth-telling and analysis undertaken by a previous generation of scholars. While he examines the universality of America’s original sin as others before him, he does so with a badly needed upgrade and within the context of the past decade, one of the most tumultuous periods in modern U.S. history.'

'Overall, Keepin’ It Real did what it promised. The text never read as Watson mincing words. He set out to have a much-needed conversation about race issues in contemporary America. He swung the door open for us to enter the chat with him. The book was engaging, critical, and a fast read. Most importantly, it reinvigorated my wanting to discuss and theorize around some of the topics mentioned in the book. I could certainly see myself utilizing passages from this text both inside and outside of my own African American Studies classroom.'

'This brilliantly written, intellectually honest essay collection examines the complex manifestations of race in the contemporary context. It references academic research to support its claims, but its strength lies in confronting the past and present reality of Black dehumanization and devaluation in the United States with vivid facts and events. [...] This book lives up to its title. Watson’s Keepin’ It Real is essential reading for all people — White, Black, young, old, conservative, liberal, domestic, foreign, justice proponents and naysayers — who want to know how we got here and how we might move forward toward a better state.'

'This brilliantly written, intellectually honest essay collection examines the complex manifestations of race in the contemporary context. It references academic research to support its claims, but its strength lies in confronting the past and present reality of Black dehumanization and devaluation in the United States with vivid facts and events. It deftly uses the evidence to expose the weaknesses of opposing arguments. It addresses difficult topics, such as Black self-hatred, the politics of homophobia in the Black community, sparring between Black intellectuals, sexism, and violence against Black women. [...] This important book reminds us of the reckoning we face if we work to transcend racial animus and subjugation in this country. Nothing short of a broad-based commitment to action will eradicate racial injustice. We may not want to hear the book’s direct judgments and prescriptions, but they are what we need to hear to forge a way through the contemporary moment. [...] Essential reading for all people—White, Black, young, old, conservative, liberal, domestic, foreign, justice proponents and naysayers—who want to know how we got here and how we might move forward toward a better state.'

'In this ambitious collection of essays on racial conflict in the contemporary US, Watson provides historical context for the consequences of persistent racism. . . . The book’s four parts examine the events that have exacerbated racial tensions in the 21st century, including the federal government’s response to Hurricane Katrina, a broken criminal justice system, and the harmful effects of 'whitelash' on low-income people of color prior to the housing crisis of 2008. Watson then analyzes the rise of alt-right figures and the impact of their attacks on the black community, which has struggled to stay 'woke' in the shadow of perpetual violence inflicted on nonwhite bodies. He concludes with commentary on figures in popular culture and the detrimental effect of their celebrity status on black Americans. Keepin’ It Real is equally accessible to general and academic readerships, providing vital context and contemporary discourse on the state of race relations in Trump's America... Highly recommended.'