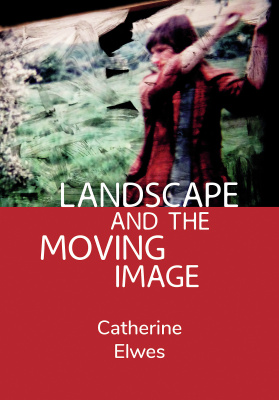 Landscape and the Moving Image 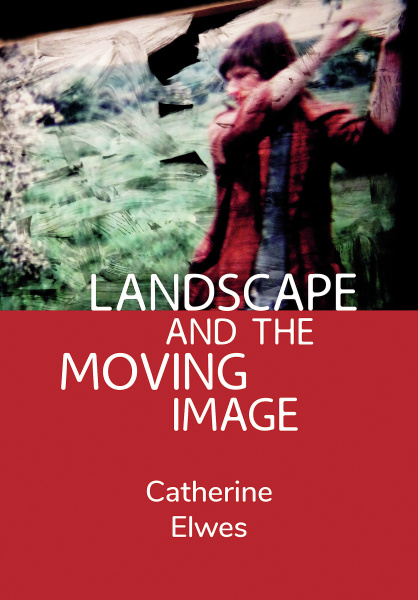 Landscape and the Moving Image (Book)

New exploration of how the moving image mediates our relationship to and understanding of landscapes. The focus is on artists’ film and video and draws on work from the 1970s to the present day. An informed, personal view from a high profile author considering if appreciation of nature’s aesthetics undermines commitment to ecology. 30b/w illus.

Elwes takes a journey through the twin histories of landscape art and experimental moving image and discovers how they coalesce in the work of artists from the 1970s to the present day.

Drawing on a wide geographical sampling, Elwes considers issues that have preoccupied film and video artists over the years, ranging from ecology, gender, race, performativity, conflict, colonialism and our relationship to the nonhuman creatures with whom we share our world. The book is informed by the belief that artists can provide an embodied, emotional response to landscape, which is an essential driver in the urgent task of combating the environmental crisis we now face.

The book comprises a series of essays that explore how the moving image mediates our relationship to and understanding of landscapes. The focus is on artists’ film and video and draws on work from the 1970s to the present day. Early chapters map the theoretical terrain for both landscape and artists’ moving image creating a foundation for the chapters that follow devoted to practice. These address themes of identity politics, performativity and animals and examine examples of British ‘weather-blown films’ and work from around the world including Indigenous Australian film landscapes. The book offers an informed, personal view of the subject and threaded through the narrative is a concern with the environment and the vexed question of whether an appreciation of nature’s aesthetics undermines a commitment to ecology.

The book is written in a clear, engaging style and is enlivened by Elwes's own experiences as a video artist, writer and curator, and the primary material she draws on derived from conversations with fellow practitioners across the years.

As a practitioner, Elwes was a key figure in the early phases of video art in the UK as well as a curator and critic. She was professor of moving image art at the University of the Arts London; and is founding editor of the Moving Image Review & Art Journal (MIRAJ)

This book will appeal to students, undergraduate and post-graduate, Ph.D. candidates, researchers, practitioners, teachers and lecturers and a general readership of interested gallery-going public.

Elwes as a practitioner was a key figure in the early phases of video art in the United Kingdom and, at the same time, worked as a curator and critic. Until her retirement, she was professor of moving image art at the University of the Arts London; she is founding editor of the Moving Image Review & Art Journal (MIRAJ) and author of Video Art: A Guided Tour (2005) and Installation and the Moving Image (2015).

1. Introduction
- The semiotics of the view
- Eco-critical practices
- The indivisibility of the human subject and nature
- The text
- The parameters
- Author’s note

2. The Terms of Engagement
- Landscape, space and place
- Inside and outside
- The ethnographic eye and documentary: Negotiations of the real
- The contested status of the real
- Taking a step back – crossing over

5. Landscape Subjectivities
- Do you see what I see?
- The perceiving subject
- A template for seeing, touching, hearing and feeling
- Emotion, affect and sensation in nature

6. Painted Landscapes
- The tools of the trade
- Taking the eye for a walk – perspectives in painting
- The great outdoors

7. Frames and Sequences
- Photographing the view
- Slide-tape: Landscape in series

8. Talking Pictures: Narrative, Time, Colour and Sound
- ‘Nature caught in the act’
- Narrative film: Background and foreground
- The time base
- Colour and black-and-white
- Sound and silence

9. Talking Pictures: Framing the View and the Spectator
- Framing the view
- Point of view: The restless eye
- The spectator

16. Performing the Landscape
- Acting out in Merrie England
- Performing matter
- Shifting the scenery

17. Animals
- A pantomime of animals
- Captive animals: A transaction of the gaze
- ‘Companion animals’
- Cruelty to animals
- Discreet courtship

'Drawing on her lifetime’s work as an artist, a scholar, and an arts administrator, Catherine Elwes’s new book is magnificent. The book’s global reach (from Uluru to the Arctic), the erosion of white male colonial and pectatorial privilege entailed in her expanded geographical perspectives, and her contextualization of all questions of landscape in political issues together mark a decisive and much-needed scholarly paradigm shift, one at last responsive to our present ecological disasters.'

'[Elwes’s] writing really brings the films to life in their absence. It made me intrigued about the films but the book also stands alone and apart from them, vividly offering images that the reader puts together from the text. It adds other dimensions to the films that are enough even if one were to never see the works themselves – as a piece of writing conjuring a rich critical dimension.'

'Moving images are now everywhere in galleries and art biennials, and ecology is no longer a niche theme. Drawing on decades of making and writing about film and video, Elwes offers more than a guided tour. She offers encounters with the art, ideas and artists of the Anthropocene, and invites readers into rich conversations about and between feminism, decolonial critique and environmentalism with eloquence, passion and wit. You will never see landscape art the same way again.'