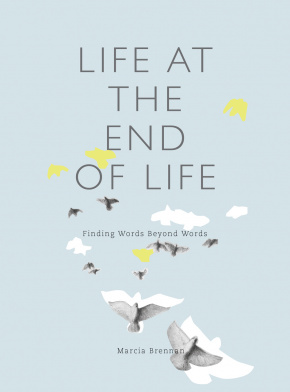 Life at the End of Life 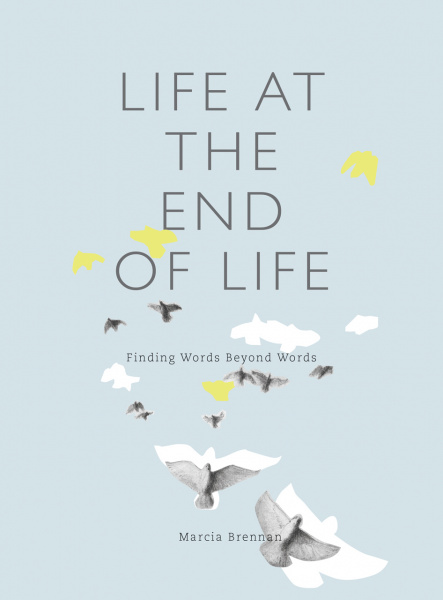 Life at the End of Life (Book)

Life at the End of Life explores how art can provide a means for rendering otherwise abstract, personal and spiritual experiences vividly concrete and communicable, even as they remain open-ended and transcendent. Brennan shows how artistic expression can offer valuable aesthetic and metaphysical avenues for understanding and for making meaning.

Artist and scholar Marcia Brennan serves as Artist in Residence at the M. D. Anderson Cancer Center in Houston, and the experience of seeing, close-up, the transitional states and transformational visions involved in the approaching end of life raised countless questions about the intersection of life, death and art.
Those questions are at the heart of this unique book. Bridging disparate fields, including art history, medical humanities, and religious studies, Life at the End of Life explores the ways in which art can provide a means for rendering otherwise abstract, deeply personal and spiritual experiences vividly concrete and communicable, even as they remain open-ended and transcendent. In the face of death, suffering and uncertainty, Brennan shows how artistic expression can offer valuable aesthetic and metaphysical avenues for understanding and for making meaning.

Marcia Brennan is professor of art history and religion at Rice University.

Part I: Painting the Stories: Applied Aesthetics and the Living Epiphany

Chapter One Between Water and Sky: The Artist In Residence in the Clinical Context

Chapter Two: Seeing Only Beauty When There’s Nothing Left to See: Creative Expressions and Epiphanic Consciousness

Chapter Three: The Circle Gets Bigger and the Light Gets Brighter: Collaborative Intersections Between Medicine and the Humanities

II: Interwovenness with the World

Chapter Four: If You Want Love: Continuity and Creation in Domestic Genre Scenes

Chapter Five: The Canopy of Birds: Interwovenness with the Natural World

Chapter Six: Like Pearls: Muslim Spirituality and Worlds Between Worlds

Part III: Interwovenness with One Another

Chapter Seven: The Wisdom in an Eagle’s Eye: Seeing Beyond the Dualism of the Conventional Medical Model

Chapter Eight: We Were Dancing Alone: Weddings and Marriages at the End of Life

Part IV: Transformative Visions: The Death That Saved Our Lives

Chapter Ten: With Our Candelabra Burning: Materialism, Trash, and Transvaluation

Chapter Eleven: The Stars Came Down to Meet Me: Viable Subjects and Visionary Consciousness