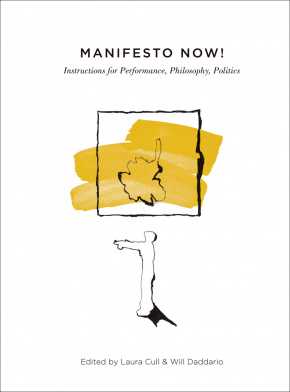 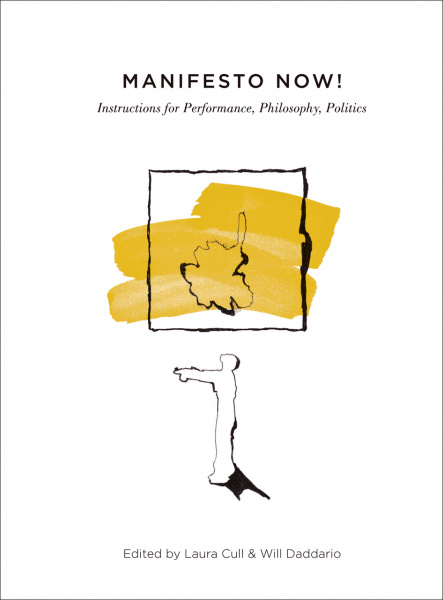 Edited by Laura Cull and Will Daddario

While the manifesto has been central to histories of modernity and modernism, this book contends that its contemporary resurgence demands a renewed interrogation of its form, its content and its uses. With contributions from trailblazing artists, scholars and activists currently working in the United States, the United Kingdom and Finland.

Manifesto Now! maps the current rebirth of the manifesto as it appears at the crossroads of philosophy, performance and politics. While the manifesto has been central to histories of modernity and modernism, the editors contend that its contemporary resurgence demands a renewed interrogation of its form, its content and its uses. Featuring contributions from trailblazing artists, scholars and activists currently working in the United States, the United Kingdom and Finland, this volume will be indispensable to scholars across the disciplines. Filled with examples of manifestos and critical thinking about manifestos, it contains a wide variety of critical methodologies that students can analyse, deconstruct and emulate.

Laura Cull is senior lecturer in theatre studies at the University of Surrey, UK.

Will Daddario is an assistant professor in the School of Theatre and Dance at Illinois State University, USA.

Absent Futures: The Ironic Manifesto in an Age of Austerity – Michael Shane Boyle

Standing By Their Words: The Manifestos of the Freee Art Collective – Ken Wilder

Manifesting A Star: An Essay in Two Directions – Lin Hixson

The Sense of the Manifest/o – Branislav Jakovljevic

What Is the University For? A Story from the Dreamtime of a Possible Future – Stuart McLean

[One Less] Manifesto for a Theatre of Immanence – Laura Cull

'The collection is both timely and seriously engaged with time'