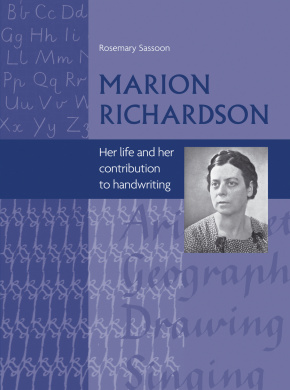 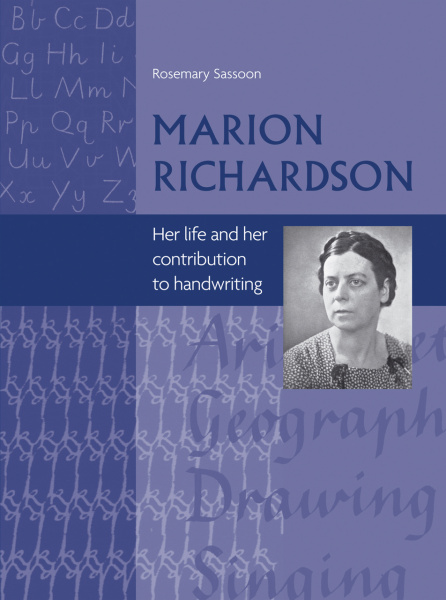 Her Life and Her Contribution to Handwriting

In Marion Richardson: Her Life and Contribution to Handwriting, Rosemary Sassoon looks at Richardson's life and work through the artist and educator's own writings as well as letters and personal recollections from those who knew and worked with her. The driving force behind a momentous shift in the way art is taught to children, Richardson is perhaps best known for her groundbreaking contribution to penmanship, devising two schemes based on her observations of the natural movements of young children's hands. The result of extensive original archival research, this book includes many illustrations that depict Richardson's inventive approach.

In Marion Richardson: Her Life and Her Contribution to Handwriting, Rosemary Sassoon’s recognizes Richardson’s groundbreaking contribution to the freeing of the teaching of child art and her two handwriting schemes – the main one based on her observations of children’s pattern paintings and the natural movement of young children’s hands. In both areas of her work she changed attitudes worldwide. The book promotes the value and creativity of child art and writing viewed as a natural progression from pattern. Sassoon focuses on Richardson’s personal life and character, and is fully illustrated. It is based partly on her own writing, with letters and personal recollections from those who knew her, worked with her, her students and those who carried on her work and kept her legacy alive after her death. It deals with how she developed her techniques of encouraging children to express their creativity in art freeing them from the prevailing strictures. Much original research has been undertaken for this section, with the help of archivists in several major libraries. Searches reveal that the handwriting archives have previously not been considered as important as the art aspects so have often not even been catalogued. This will mean that many facts are emerging that have not been known before. The volume benefits from illustrations from her schemes and numerous handwriting examples.

Rosemary Sassoon earned a PhD from the Department of Typography and Graphic Communication at the University of Reading. She is the author of several books, including The Designer, also published by Intellect.

Rosemary Sassoon's interest in, and support for, the work of Marion Richardson glows from the pages of her latest well illustrated book and makes an interesting read for anyone who cares about the art of handwriting.