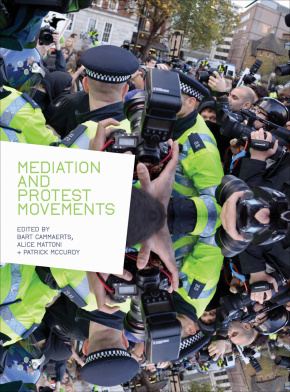 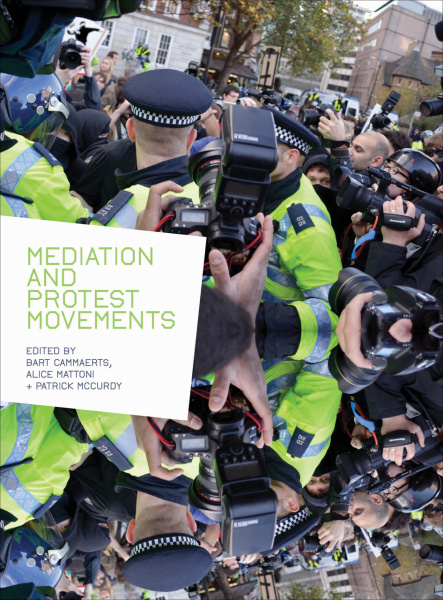 Over the past year, international and national media have been full of stories about protest movements and tumultuous social upheaval from Tunisia to California. But scholars have not yet fully addressed the connection between these movements and the media and communication channels through which their messages spread. Correcting that imbalance, Mediation and Protest Movements explores the nature of the relationship between protest movements, media representation, and communication strategies and tactics.
In a series of fascinating essays, contributors to this timely volume focus on the processes and practices in which contemporary protesters engage when acting with and through media. Covering both online and offline contexts as well as mainstream and alternative media, they consider media environments around the world in all their complexity. They also provide a broad and comparative perspective on the ways that protest movements at local and transnational levels engage in mediation processes and develop media practices. Bridging the gap between social movement theory and media and communication studies,  Mediation and Protest Movements will serve as an important reference for students and scholars of the media and social change.

Bart Cammaerts is a senior lecturer in the Department of Media and Communications at the London School of Economics and Political Science.

Alice Mattoni is a postdoctoral fellow in the Department of Sociology at the University of Pittsburgh.

Patrick McCurdy is assistant professor in the Department of Communication at the University of Ottawa.

'Mediation and Protest Movements fills ... [a] literature gap with new empirically based theories that can better determine the relationship between new media and protest movements.'

'Mediation and Protest Movements is an important contribution to both the body of literature on protest movements and the field of media studies.'

'The overall quality is strong and cross-national, and engages with Mexico and the Philippines, not just the Global North countries'