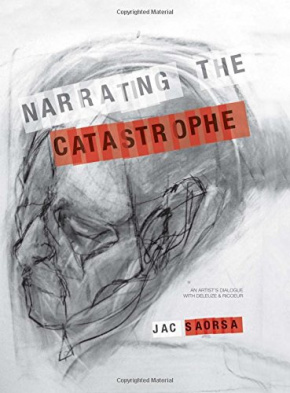 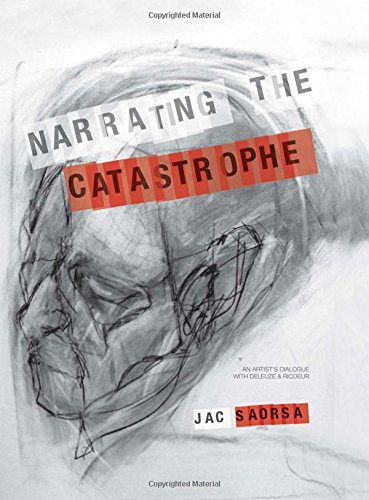 An Artist’s Dialogue with Deleuze and Ricoeur

This book guides readers through unfamiliar textual landscapes where 'being' is defined as an act rather than a form. Drawing on Paul Ricoeur's notion of intersubjective narrative identity as well as the catastrophe theory of Gilles Deleuze, Jac Saorsa creates an alternative perspective from which to interpret and engage with the world around us.

An extraordinary collaboration between contemporary art and critical discourse, Narrating the Catastrophe guides readers through unfamiliar textual landscapes where “being” is defined as an act rather than a form. Drawing on Paul Ricoeur’s notion of intersubjective narrative identity as well as the catastrophe theory of Gilles Deleuze, Jac Saorsa establishes an alternative perspective from which to interpret and engage with the world around us. A highly original—and visually appealing—take on a high-profile issue in contemporary critical debate, this book will appeal to all those interested in visual arts and philosophy.

As visual artist, writer and researcher, Jac Saorsa's work questions what it is to be human in a social world, and focuses on the ways in which identity can be constructed and deconstructed in both word and image. After completing a Ph.D. in Philosophy and Contemporary Drawing Practice at Loughborough University in 2004, Jac has taught in universities in Costa Rica, Cyprus and Portugal and is currently Lecturer in drawing at Cardiff Metropolition University School of Art and design. Jac has presented her work internationally at exhibitions, conferences and seminars. She is a studio and research advisor for the Transart Institute, and a member of the advisory board for several contemporary art journals.

She is ther author of Narrating the Catastrophe, a philosophical and visual study of the nature of the creative drawing process, published in 2011 by Intellect and current projects include Drawing Out Deleuze, an extended series of drawings based on Gilles Deleuze's Difference and Repetition and Osmosis: we are a long way from Eden which focuses on the human-plant relation in terms of medical science.

Chapter 1: Act and Form
Introduction: first words – The journey begins – A meaningful psychosis – What is philosophy? – What is art? – The nature of the concept – The concept visualised – What is science? The pre-eminence of the rhizome over the metaphor – Root, stem and rhizome – 1st Articulation – The rhizome as a conceptual construct: map and tracing

2nd Articulation: Interpreting Process in the Flux: The Return of Professor Challenger

3rd Articulation: The Dance of the Metaphor

Chapter 3: Language and the Line: The Geometrical Abstract Line of Becoming
Drawing on Conversation: Introduction – The relevance and irrelevance of language – Textual bilingualism – Interlanguage – Structure and the interpretation of the text – Depth – From looking to seeing: Alice and the architectural illusion – Narrative identity and ‘The Idiot’

Chapter 4: Drawing Out Deleuze
Documenting the Stone: The artist’s voice – Practice and process: i: a passion for the line – ii: process and its histories – iii: the phenomenographical stone – iv: the drawing act – v: time, movement, becoming, cause, effect and ‘confatalia’ – The shift: structure to figuration.

Chapter 5: The ‘Appleyness’ of the Apple: On Cézanne and the Figure
Head: Revisiting the shift: from figuration towards structure – Sensation – Love in twodimensions – Superficial anatomy – Anatomical architecture – The consequence of the heart – Autoethnography: the echoing artist’s voice

Chapter 6: Ageless Children and Amputees
Amputee: In the valley of interpretation – An artist for scientists, a scientist for artists – Reflexion, interpretation appropriation – Reflexive philosophy, narrative identity and the teleological context – Time, self, and appropriation beyond narrative – Representation, figuration and the figure: a folded text

Chapter 7: Circling the Figure
The Dyer Drawing: Circling the Figure (Author’s note) – Introduction – The Dyer drawing and the drawing act – John Deakin – Deakin and Muybridge: subject, object, form, function – Moving towards sensation – Practice: through which the child becomes the man – An autoethnographic account – The ‘Diagram’ – The ‘Catastrophe’ – Rhythm – The Body Without Organs – Exit the artist

Chapter 8: Figuring the Circle: The Final Refrain
Introduction – The hermeneutic circle – The Deleuzean ‘Refrain’ – Shadows of the Self and the eternal paradox: The autoethnographic trap – Last words – The interpretive journey of Narrating the Catastrophe