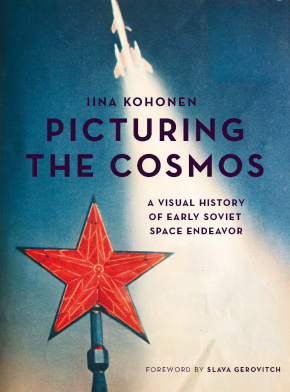 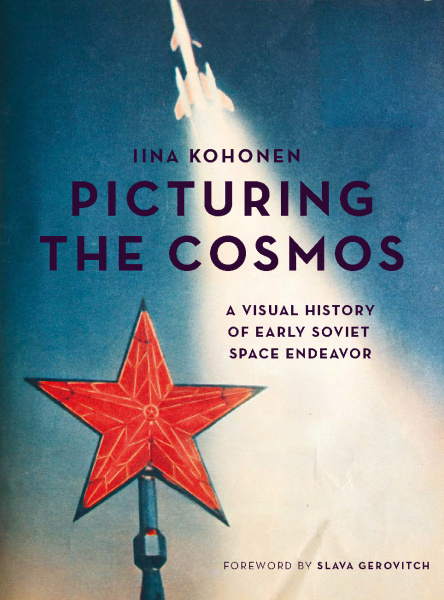 Space is the ultimate canvas for the imagination. In the 1950s and ’60s, as part of the space race with the United States, the solar system was the blank page upon which the Soviet Union etched a narrative of conquest and exploration. In Picturing the Cosmos, drawing on a comprehensive corpus of rarely seen photographs and other visual phenomena, Iina Kohonen maps the complex relationship between visual propaganda and censorship during the Cold War.

Picturing the Cosmos elucidates the complex relationship between visual propaganda and censorship in the Soviet Union in the Cold War period, focusing on the 1950s and 1960s. Drawing from a comprehensive corpus of rarely seen photographs and other visual phenomena narrating the Soviet Union’s 1957 victory in the ‘Race for Space’, the author illustrates the media’s role in cementing the way for Communism whilst retaining top-secret information. Each photo is examined as a deliberate, functioning part of a specific political, ideological and historical situation that helped to anchor the otherwise abstract political and intellectual concepts of the future and modernization.

Iina Kohonen is a researcher specializing in space-related visual propaganda and photojournalism in the Soviet Union.

A Slash Across the Heavens

Travelers in the Void

Story of the Heroic Conquest of Space

'Kohonen situates artistic representations of the Soviet space age in the context of the changing sensibilities of post-Stalinist culture and the aesthetics of Socialist Realism, revealing how these images brought previously unknown and unimagined cosmic vistas into the Soviet imperial project and allowed for a more nuanced and less triumphant articulation of heroism. She shows how the conquest of space was accomplished with the help of photography and cartography, and how new technology provided access to previously inaccessible landscapes. Following Marshall Berman, who located a key contradiction of high modernism in the fact that technology enables and defines progress, but also has the capacity to destroy it, she helps us understand the contradictory dynamics of a history that celebrated the heroic, otherworldly and extraordinary, at the same time it honoured the commonplace, earthbound, and even quotidian.'

'The radical political and even metaphysical ambitions of the Soviet space effort generated contentious debates in Soviet visual culture between the 1950s and 80s, as is documented by Iina Kohonen in close and loving detail.'

'Kohonen’s Picturing the Cosmos: A Visual History of Early Soviet Space Endeavor uses Socialist Realist artwork as well as archival materials from the illustrated magazine Огонёк (Ogonyok) to make her arguments. She focuses on the role of cosmic images in the making of propaganda, the construction of modernity, the grounding of political and ideological principles as well as technoutopic imaginaries. However, the bulk of the book – and in my opinion, the most interesting – has to do with how the highly polished media in the Soviet Union constructed idealised heroes out of the cosmonauts.'

'The book examines how visual media served to construct an overarching heroic mythos of the conquering Soviet man, bravely exploring the depths of space, for the glory of the USSR and all mankind, and how that narrative was crafted to emphasize the values that Soviet leaders wanted to instill in their citizenry — while hiding uncomfortable realities and preventing attitudes at odds with the official line.'