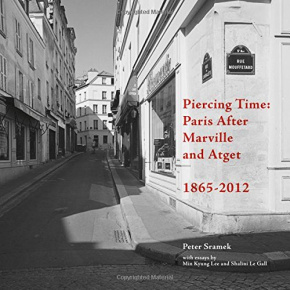 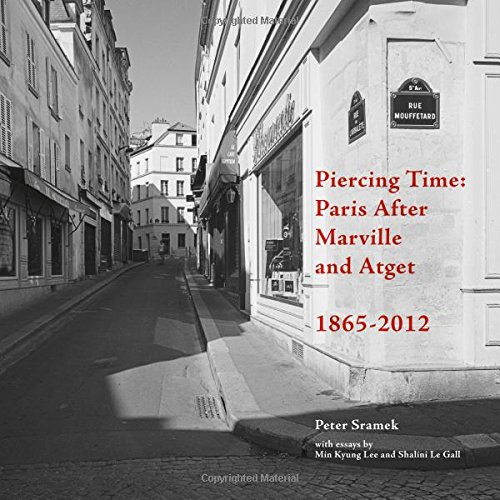 Piercing Time examines the role of photography in documenting urban change by juxtaposing contemporary ‘rephotographs’ taken by the author with images of nineteenth-century Paris taken by Charles Marville, who worked under Georges Haussmann, and corresponding photographs by Eugène Atget taken in the early twentieth century. Revisiting the sites of Marville’s photographs with a black cloth, tripod and view camera, Peter Sramek creates here a visually stunning book that investigates how urban development, the use of photography as a documentary medium and the representation of urban space reflect attitudes towards the city. The essays that run alongside these fascinating images discuss subjects such as the aesthetics of ruins and the documentation of the demolitions that preceded Haussmannization, as well as the different approaches taken by Marville and Atget to their work. The book also includes contemporary interviews with local Parisians, extracts from Haussmann’s own writing and historical maps that allow for an intriguing look at the shifting city plan. Sure to be of interest to lovers of the city, be they Parisians or visitors, Piercing Time provides a unique snapshot of historical changes of the past 150 years. But it will also be of enduring value to scholars. The accurate cataloguing and high quality reproductions of the images make it a resource for a significant portion of the Marville collection in the Musée Carnavalet, and it will aid further research in urban history and change in Paris over the past century and a half. Photographers will be drawn to the book for its new thinking in relation to documentary methodologies.

Peter Sramek has taught at the OCAD University in Toronto since 1976.

'This is an interesting and entertaining book that complements Walter Benjamin's The Arcades Project (CH, Apr'OO, 37-4262). Summing Up: Recommended. Lower-division undergraduates and above; general readers.'

'A handsome and hefty volume'