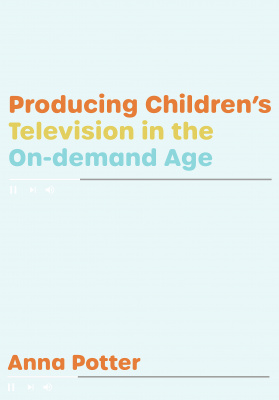 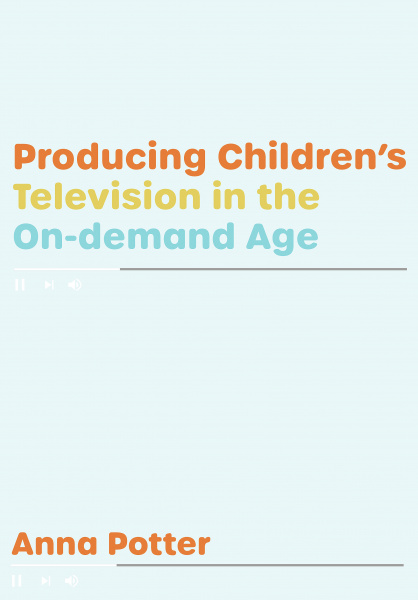 Producing Children’s Television in the On Demand Age (Book)

This book provides a detailed account of the creative, economic and regulatory processes underlying the production of children’s television in a multi-platform era. Its collection of integrated case studies includes extended interviews with leading producers whose programs are watched by children all over the world. These reveal the impact of digitization on the funding, distribution and consumption of children’s television, and the ways that producers have adapted their creative practice accordingly. In its comprehensive analysis of the production culture of children’s television, this book provides a valuable lens through which to view broader transformations in media industries in the on-demand age.

This original and engaging book explores the creative processes underlying the production of children’s television, with close attention to underlying economic and policy dynamics. It does so through a combination of detailed case studies and interviews with leading producers from across three English-language markets. In its examination of the impact of new streaming services like Netflix and Amazon Prime on the funding, production and distribution of children’s screen content, the book will reveal how producers successfully created content for these increasingly influential new services.

It offers important insights into the production of children’s screen content in Australia, New Zealand and the United Kingdom, and builds on previous research in the field. The addition of analysis, which provides the context of historical, regulatory and economic factors that shape production in all three countries, is important for situating the personal testimonies and providing some critical distance. The variety of productions chosen for analysis, including drama, factual productions and animation, represents the very different pressures on different genres. Previous studies have looked at children’s content as one genre, whereas this new study reveals children’s content to be as diverse in range as adult content.

The case studies show the pressures and opportunities emerging from different national and international context and offers its own unique take on matters such as diversity, gender representation and indeed the ethics of representing children from a producers’ perspective. As a contribution to industry studies, this volume represents a valuable addition to the literature and will no doubt be referenced by future studies.

The quantity and quality of original interview material goes far beyond interviews in the trade press. Combined with the rich detail of production case studies, the articulate interviews and Potter’s highly engaging mode of writing, this book is an invaluable additional to research in the area.

This book will provide a crucial analysis of success stories in the children’s screen production industries at a time of flux and adaptation as television’s distribution revolution takes place.

The book will be indispensable for scholars of children’s television and of UK, New Zealand and Australian media policy. It will also engage a wider audience interested in television production, production studies and digital distribution – including those teaching at undergraduate and postgraduate levels. It will be a valuable library resource for courses that include screen media industries and television production culture as part of their content. It will be of interest to scholars beyond children’s television because of its analysis of success stories in screen production at a time of change and uncertainty.

It will also be of relevance to the international screen production sector and industry bodies, including screen organizations such as Screen Australia, and the UK’s Children’s Media Foundation, for its analysis of success stories in the screen production industries. Also, of interest to the many groups with vested interests around children and children’s media – including regulatory bodies like Ofcom in the UK, the Australian Communications and Media Authority in Australia and other key institutions, including legacy broadcasters such as the BBC, ABC and ITV.

Anna Potter is an Associate Professor of Creative Industries, and Deputy Head of School (Research) at the University of the Sunshine Coast in Australia. She is the author of Creativity, Culture and Commerce: Producing Children’s Television with Public Value.

Representing Diversity on Public Service Media: Matchbox Pictures, NBCU and ‘The Show for Girls with Balls’

The Making of a Netflix Original: Cheeky Little Media and the Australian Animated Series Bottersnikes and Gumbles

From Wellywood to Amazon Prime: Rebooting Thunderbirds Are Go for the Post- Network Era

Emerging Trends in the Distribution, Production and Consumption of Children’s Television in the On Demand Age

'Producing Children’s Television in the On-Demand Age is [...] an engaging and provocative read. The book offers a detailed account of the creative, economic and regulatory processes that dictate the production of children’s television today, via the first-hand accounts of content producers operating in Australia, the United Kingdom and New Zealand. [...] This book can be used as a lens through which to reflect on broader evolutions in media content production, and it is able to do so with unprecedented candour and insight directly because of its particular focus. Potter has uncovered a valuable entry point into increasingly opaque production cultures. Laden as this type of content is with expectations about its cultural, educational, social and civic significance, her interviewees seem to feel obligated to speak frankly about the creative and economic considerations they must face in pursuit of a sustainable business model and practice. This level of access is rare.'