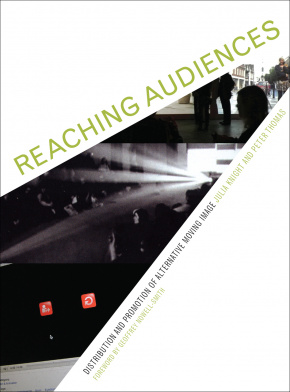 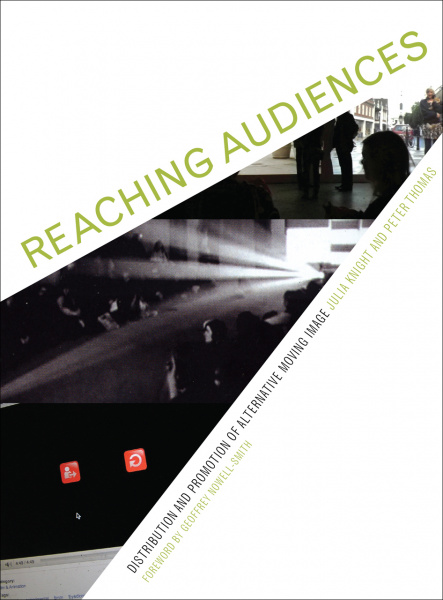 By Julia Knight and Peter Thomas

From Hollywood blockbusters to artists’ film and video, distributors play a vitally important role in getting films in front of audiences. As the link between production and exhibition, their acquisition policies, promotional practices and level of resources determine what is available, and so help shape the very nature of our film culture. Reaching Audiences is centrally concerned with the distribution practices that have been developed to counter Hollywood’s traditional dominance of the marketplace, and ensure audiences have access to a more diverse moving image culture.

Through a series of case studies, this book tracks the inventive distribution and exhibition initiatives developed over the last 40 years by an array of small companies on the periphery of the beleaguered UK film industry. That their practices are now being replicated by a new generation of digital distributors demonstrates that, while the digital ‘revolution’ has rendered those practices far easier to undertake and hugely increased their scope, the key issues in securing a more diverse moving image culture are not technological. Although largely invisible to outsiders, the importance of distributors and distribution networks are widely recognized within the industry and Reaching Audiences is a key contribution to our understanding of the role they both do and can play.

Julia Knight is a reader in media and cultural studies at the University of Sunderland.

Peter Thomas is an independent scholar, visiting lecturer at the University of Bedfordshire and a member of the Exploding Cinema collective.

'(an) important assessment of distribution outside the mainstream.' – E. Anna Claydon, Journal of British Cinema and Television