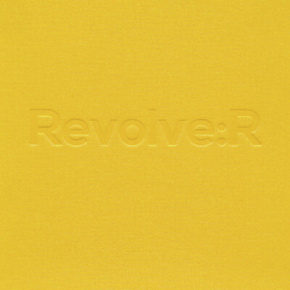 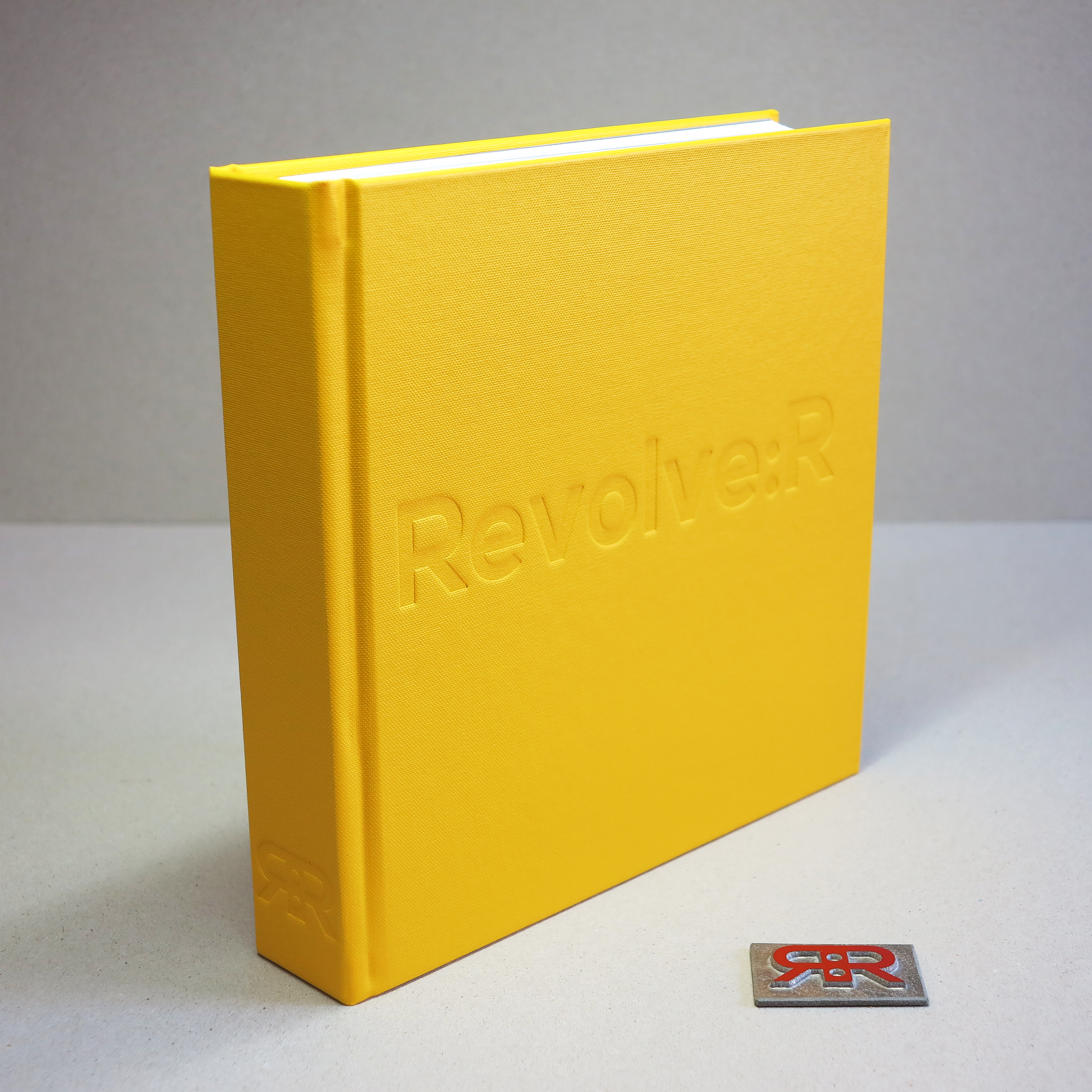 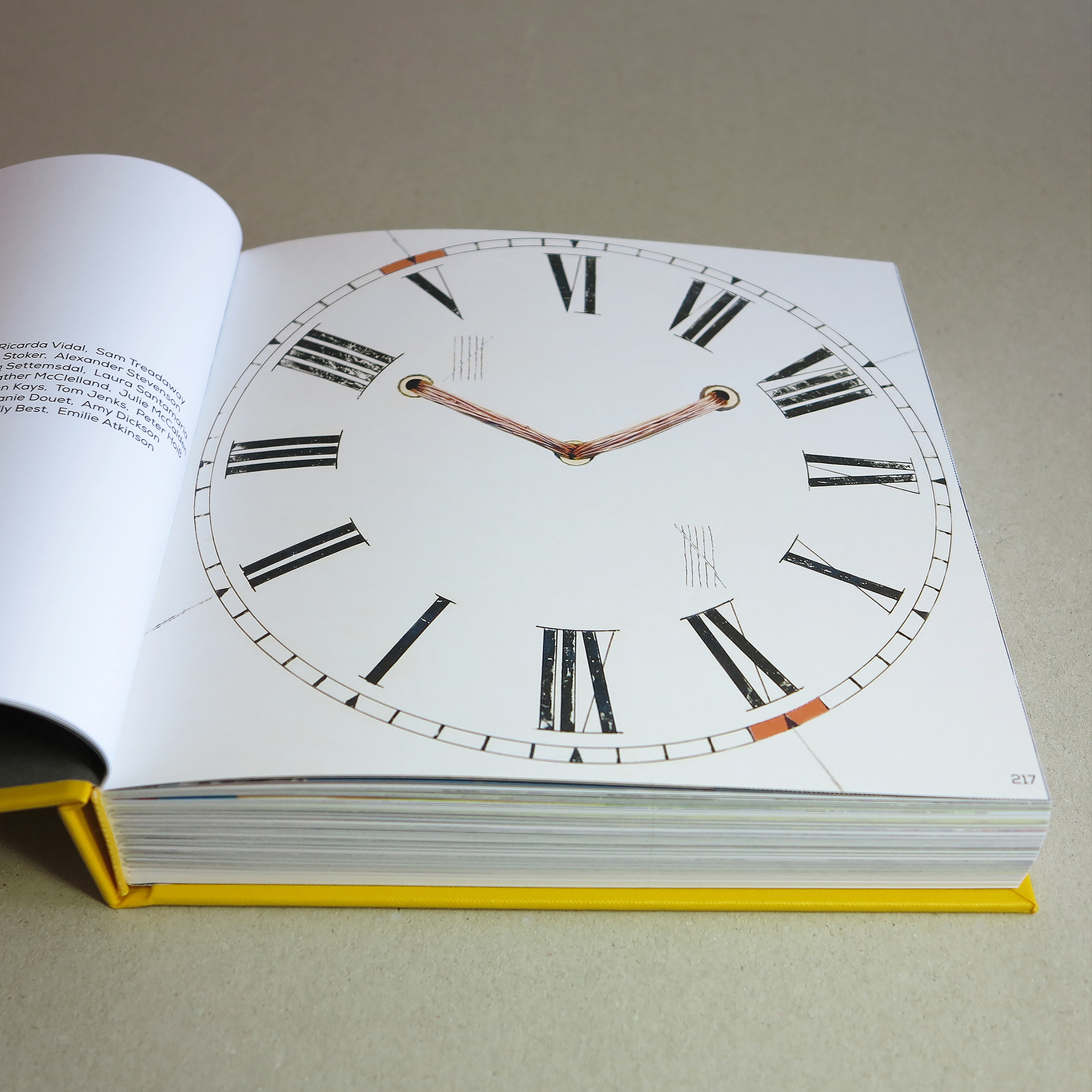 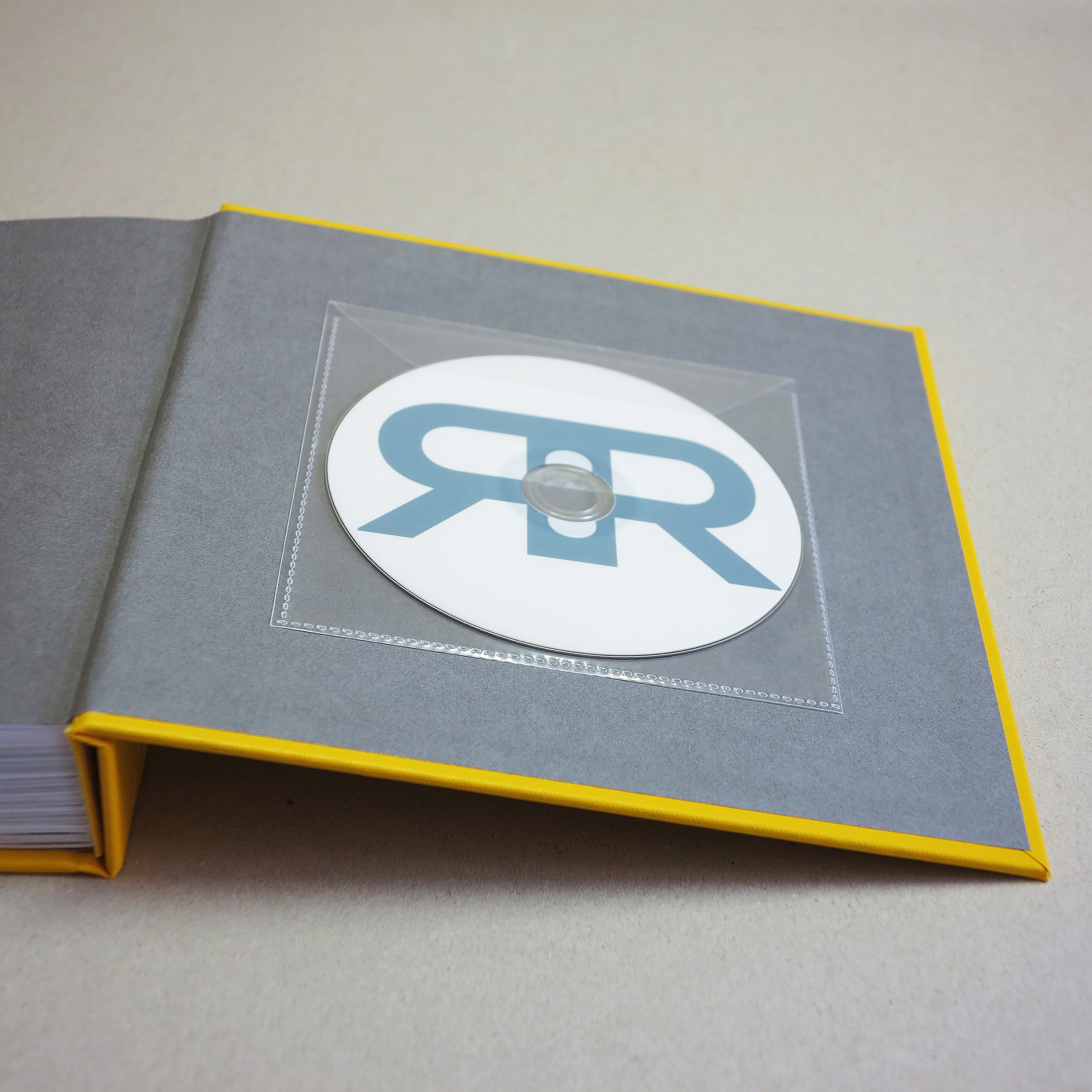 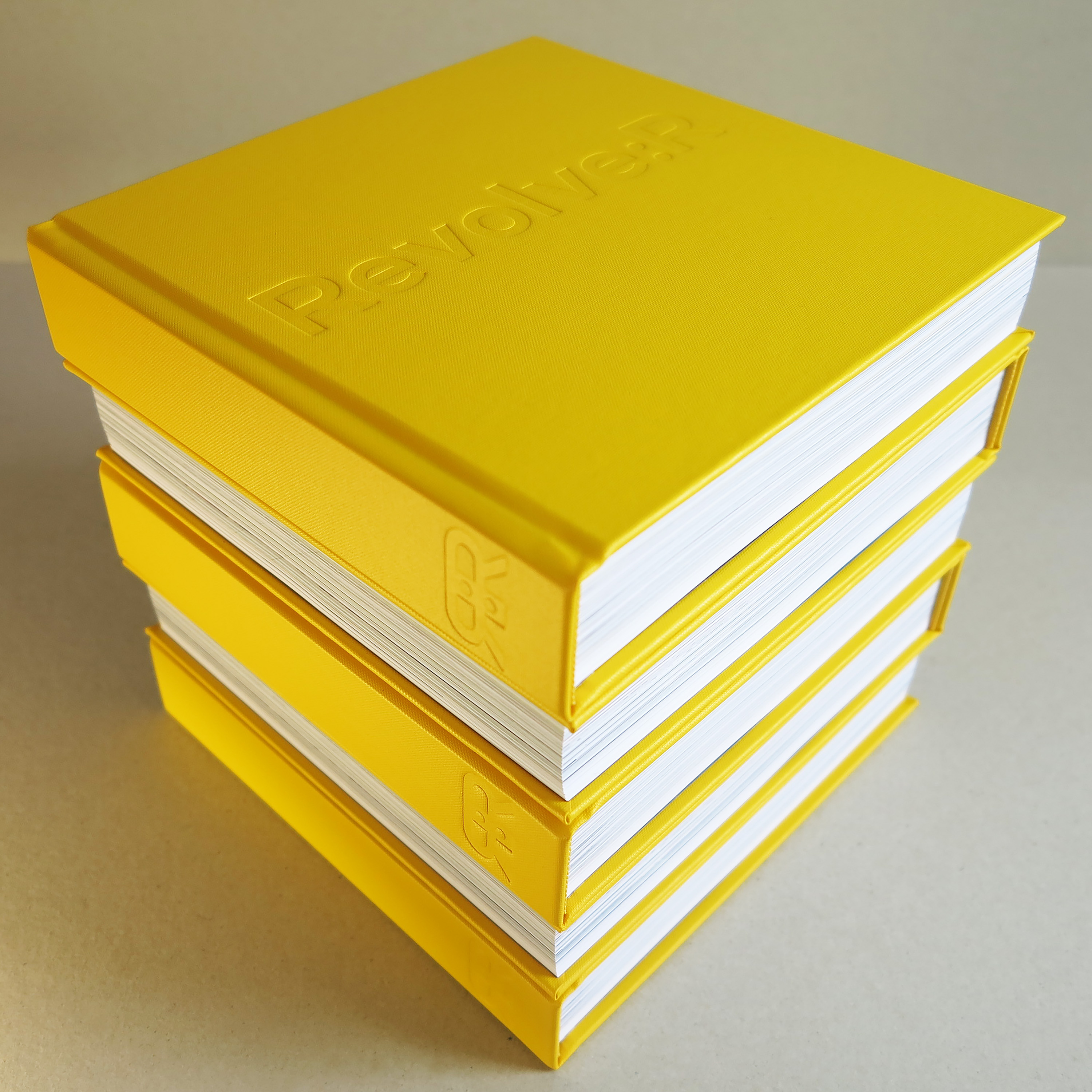 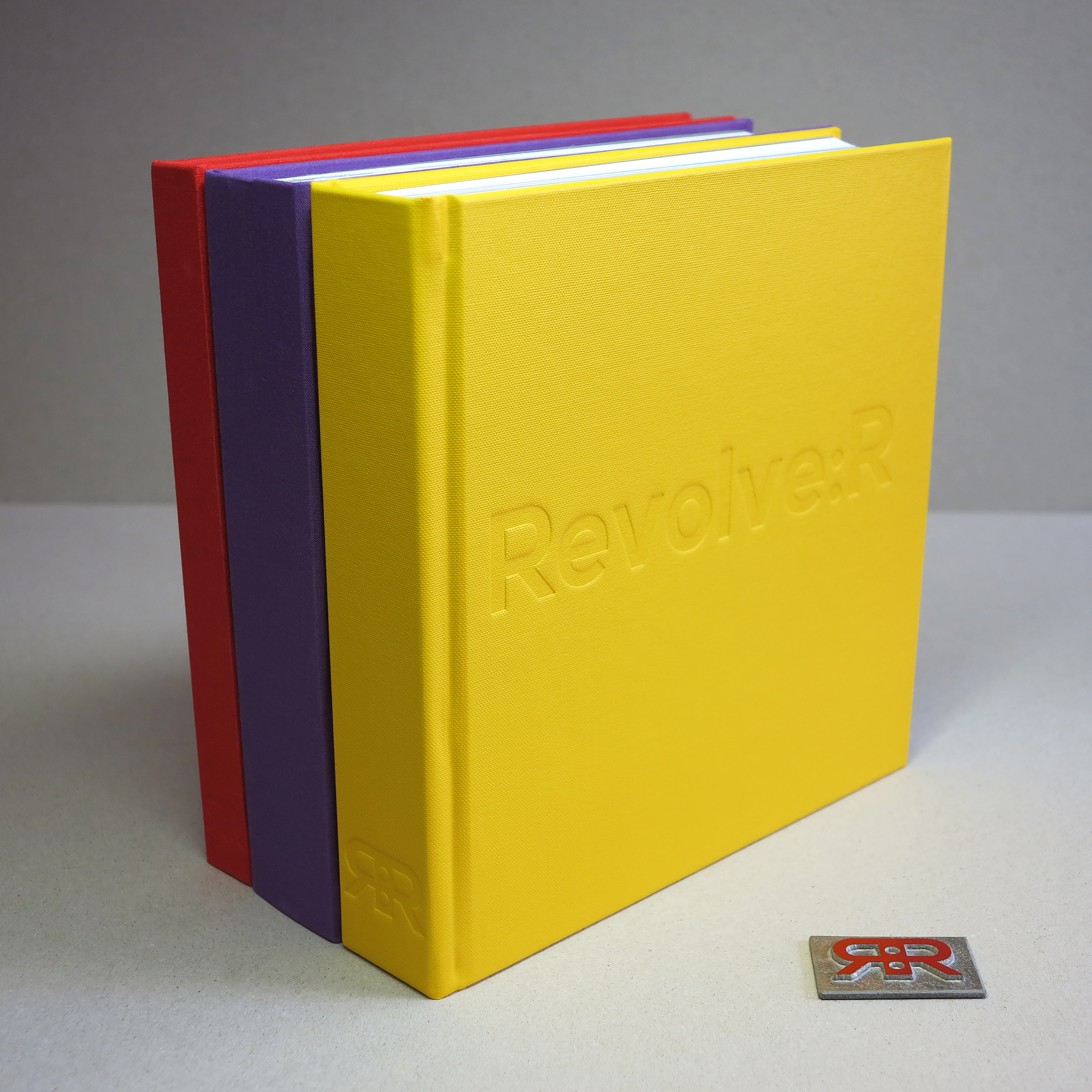 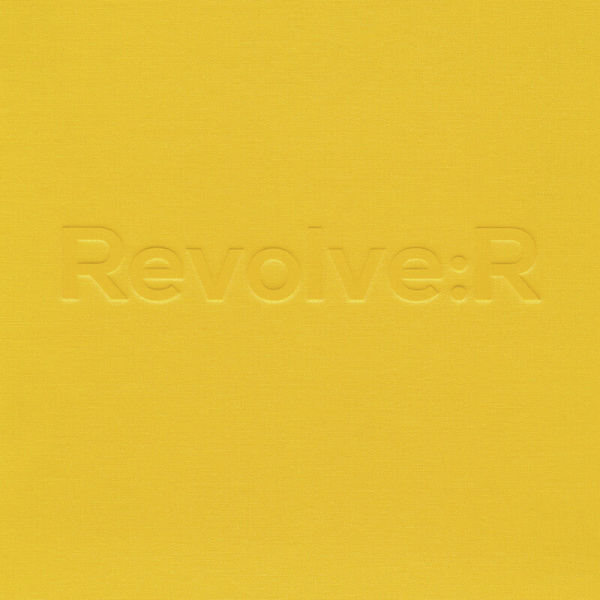 Revolve:R was initiated in 2011 by Sam Treadaway and Ricarda Vidal as a multidisciplinary and international collaboration. The project explores the transmission of ideas through collaborative forms of communication ranging from the physical and tactile (such as the sharing of original artworks via the postal service) to the digital and intangible (which includes a parallel interplay online). Besides visual artworks, Revolve:R includes poetry, film, soundscapes and music. The complete work of each Revolve:R edition is presented as a limited-edition bookwork. Revolve:R: edition three is available through Intellect.

Revolve:R: edition three is the result of a two-year-long collaboration, between 2016 and 2018, in which artists, poets, and musicians from around the UK, USA, Africa and Continental Europe created artworks in reply and response to one another. During this time many of the artworks featured have physically travelled many thousands of miles before coming together in this publication.

Edition three is a continuation of editions one and two (Arrow Bookworks, 2013 and 2015) which explored concepts relating to chaos theory, chance and synchronicity. The first artwork-page of Revolve:R, edition three (page 217) references the final artwork sequence from Revolve:R, edition two (ending on page 216). Throughout the evolution of this third edition the editors have continued the development of the initial ideas and working processes that formed the basis and structure of the original Revolve:R project and have further reflected upon the nature of collaboration. In doing so their awareness and consideration of certain parallels and connections between the artworks has developed their insight into the act of co-creation and the phenomenon of collective consciousness.

Each Revolve:R edition is formed of six rounds, or Revolves (effectively forming six chapters within the book), which follow the same pattern. A single 2D two-sided artwork of 21cm² is sent by post, to a number of invited artists with the request that they respond with an artwork of their own by a specific date. Thus the initial artwork sets in motion a multitude of alternative creative responses reflecting the recipients’ various ways of reading, interpreting and responding.

Revolve:R: edition three is a powerful and beautiful example of the power of collaborative practice, a vehicle for new artistic dialogue, and an artwork in its own right.

Sam Treadaway is a multidisciplinary artist and curator whose practice includes sculpture, book-arts and olfactory scent-based installations. He has curated and produced two previous editions of the Revolve:R project. www.samtreadaway.com

Dr Ricarda Vidal works at the Department of Culture, Media and Creative Industries at King’s College London. She is a curator and translator, and specializes in visual culture, death as a cultural phenomenon, and intersemiotic translation. www.ricardavidal.com

Six artist filmmakers (Maria Anastassiou, Peter Hoiß, Daniel Smedley, Sophie Bullock, Alexandros Pissourios, Amy Dickson) were invited to each make a film in response and reply to one of six poems (by poets Anna Mace, Steven J Fowler, Holly Corfield-Carr, Rebecca Tantony) as well as the original artwork of each Revolve, by Sam Treadaway. Each film is represented within Revolve:R, edition three with a single film still.

Six artists working with sound and musicians (Heather McClelland, Portia Winters, Emmanuel Spinelli, The Bookshop Band, Emmanuelle Waeckerle, The Travelling Band) were invited to each compose and record a soundscape or song in reply to the visual artworks of each Revolve.

Song 1, Speed Here Brings Me Down

Responds to the visual artworks of Revolve 1

Soundscape 2a, honey or the honey bee

Soundscape 2b, take us to places

Responds to the visual artworks of Revolve 2

Responds to the visual artworks of Revolve 3

by The Bookshop Band

Responds to the visual artworks of Revolve 4

Responds to the visual artworks of Revolve 5

by The Travelling Band

Responds to the visual artworks of Revolve 6

'Revolve:R is a very compelling multidisciplinary project and read. This works!'

'An exciting third edition of Revolve:R, that continues to create a valuable platform for the exploration of ideas, collaborative working and cultural exchange.'