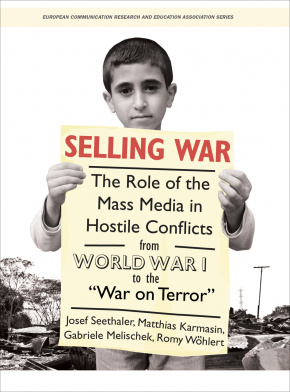 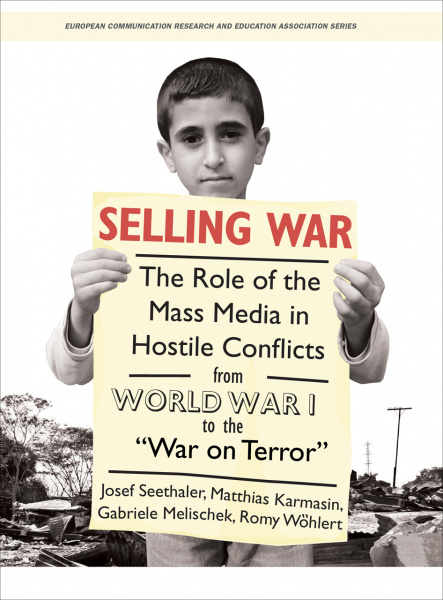 This book is the first collection of essays to explore the changing relationships between war, media and the public from a multidisciplinary perspective and over an extended historical period. It is also the first textbook for students in this field, discussing a wide range of theoretical concepts and methodological tools for analysing the nature of these relationships. Shedding new light on conflicts spanning from World War I through the so-called War on Terror, the contributors explore the roles of traditional media, war blogs and eyewitness reporting; of war correspondents and embedded journalism; and of propaganda, wartime public relations and information warfare.

This book is the first collection of essays to explore the changing relationships between war, media and the public from a multidisciplinary perspective and over an extended historical period. It is also the first textbook for students in this field, discussing a wide range of theoretical concepts and methodological tools for analyzing the nature of these relationships. The book starts with a thorough overview by Philip Seib of war, the media and the public sphere. His chapter explores how the perception of war in the public sphere is influenced by the media and, more precisely, how the news media define and perform their social function in relation to war. It points to the fact that it is not only the way in which journalists deliver news about war to the public that affects how people think about war. Information and its impact on the public are also influenced, to a varying extent, by the medium that conveys the message. The impact of newspaper articles differs from that of a live television report from the battlefield, which in turn differs from an amateur’s YouTube video, not just in terms of production but also in terms of access and consumption. Obviously, changes in the media environment and its technologies affect the nature of news journalism, the role of professional communication and the way media messages are perceived by the public.

Josef Seethaler is a senior scientist at the Austrian Academy of Sciences in Vienna.

Matthias Karmasin is chair of media and communication sciences at the University of Klagenfurt.

Gabriele Melischek is a consultant to the Austrian Academy of Sciences in Vienna, where Romy Wöhlert is a researcher.

Preface: Perspectives on the Changing Role of the Mass Media in Hostile Confl icts – Matthias Karmasin, Gabriele Melischek, Josef Seethaler, Romy Wöhlert
Introduction: Delivering War to the Public: Shaping the Public Sphere – Philip Seib
PART I: ‘Never Such Innocence Again’: Propaganda and Total War
War and the Public Sphere: European Examples from the Seven Years’ War to the World War I – Reinhard Stauber
Discourses of War – Diego Lazzarich
Between Indifference and News Hunger: Media Eff ects and the Public Sphere in Nazi Germany during Wartime – Jürgen Wilke
Perception of Newspapers and Magazines in Field Post Correspondence during the World War II – Clemens Schwender
PART II: Visual Turn, War PR and the Changing Relationships between Politics, Media and the Public Sphere
Between Reporting and Propaganda: Power, Culture and War Reporting – Daniel C. Hallin
Just Wars and Persuasive Communication: Analyzing Public Relations in Military Conflicts – Magnus-Sebastian Kutz
An Iconography of Pity and a Rhetoric of Compassion: War and Humanitarian Crises in the Prism of American and French Newsmagazines (1967–95) – Valérie Gorin
Women, the Media and War: The Representation of Women in German Broadsheets between 1980 and 2000 – Romy Fröhlich
‘Something Has Changed’: International Relations and the Media after the ‘Cold War’ – Josef Seethaler and Gabriele Melischek
Surging Beyond Realism: How the US Media Promote War Again and Again – Robert M. Entman
PART III: Globalization and the ‘Postmodern’ War of Images
The Coverage of Terrorism and the Iraq War in the ‘Issue-Attention Cycle’ – Stephan Russ-Mohl
The Media and Humanitarian Intervention – Philip Hammond
Shifting Frames in a Deadlocked Conflict? News Coverage of the Israeli-Palestinian Conflict – Nel Ruigrok, Wouter van Atteveldt and Janet Takens
Public Discourse on the Georgian War in Russia and the EU: A Content Analysis of the Coverage in Traditional Print Media and Emerging Online Media – Cordula Nitsch and Dennis Lichtenstein
Limitations of Journalism in War Situations: A Case Study from Georgia – Roman Hummel
Mass-Mediated Debate  about Torture in Post-9/11 America – Brigitte L. Nacos

'This book will be of particular relevance to researchers of European media, as well as being more than useful for anyone at postgraduate level or above interested in audience and reception studies in contemporary media environments.'