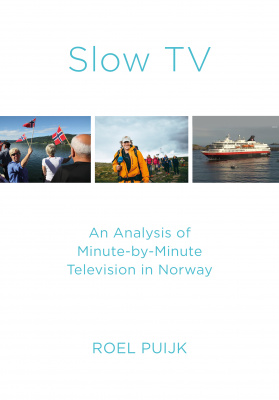 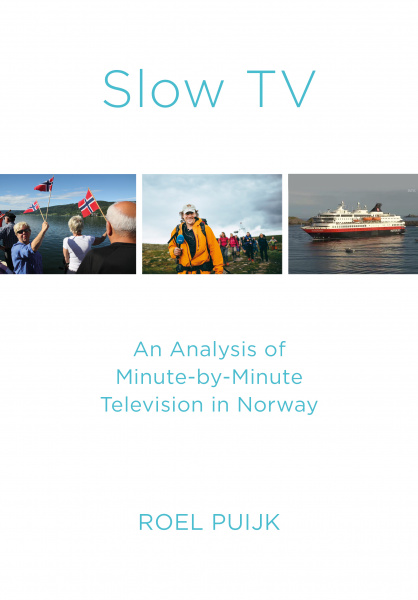 An Analysis of Minute-by-Minute Television in Norway

Slow TV, developed by Norwegian public service broadcaster NRK, is broadcasting in which the event on television lasts as long as in real time, and has been adopted by others including BBC Four and Netflix. This unique study discusses concepts of slowness, innovation, genre, media event, reception, local and national identity. 56 col. illus.

Slow TV has become a familiar feature of broadcasting in Norway. It refers to a set of programmes produced by the Norwegian Broadcasting Corporation (NRK) since 2009, starting out with a seven-hour broadcasting of the train ride between Bergen and Oslo.

It goes beyond the question of genre and considers how slow TV fits into television scheduling and how the audience appeal can be understood within broader concepts such as media events, media tourism, reception and national identity. Public service broadcasters can be seen as having more opportunity to experiment, and slow TV can be seen as a good example of public service programming.  What attracts viewers to the programmes is that they invite a contemplative mode of watching: there is a chance to see something unexpected, or to be introduced to interesting new things.

Illustrated throughout in full colour, using stills from broadcast programmes.

This book will appeal primarily to an academic readership, both researchers and students. Most readers are likely to be involved with media and communication studies, cultural studies and film studies.  It will also be of interest more generally to the humanities and social sciences fields as it touches on topics such as national and local identity, popular culture, Nordic lifestyle, well-being, tradition, community and popular culture.

'One of the strengths of the book is the way perspectives on greater topics, such as the dualism of nature and culture, national identity, the concept of time, are combined with close analyses of the experience of liveness and the practical and aesthetic choices behind the productions, right down to the choice of cameras and other equipment. While three programmes are studied in detail, the book also provides an overview of developments and contextualisation, thus providing perspectives that are relevant for slow TV outside Norway, as well as television production more generally. [...] The book is richly illustrated, has a lot of informative tables, and is clearly structured and well-written throughout. [...] This will probably be the defining book on the topic since it covers so many aspects of the production, reception, contents, and aesthetics of these programmes.'