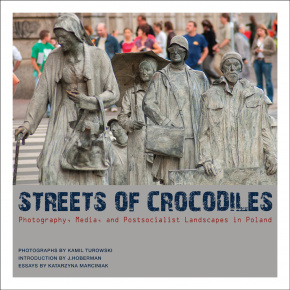 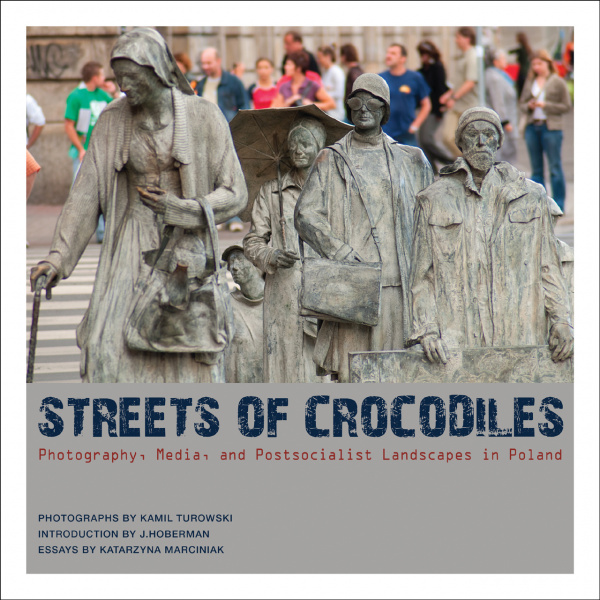 By Katarzyna Marciniak and Kamil Turowski

These photographs of Poland from the late 1980s to the present depicts its hybridized landscape. A visual record of the country’s transition from socialism to capitalism, it focuses on the industrial blue-collar city of Lodz. Kamil Turowski's photographs and Katarzyna Marciniak's text capture the changing landscape of postsocialist Poland.

This title features stunning photos augmented by J. Hoberman's preface and Katarzyna Marciniak's essays. This powerful presentation of photographs of Poland from the late 1980s to the present depicts the hybridized landscape of this pivotal Eastern European nation following its entry into the European Union. A visual record of the country's transition from socialism to capitalism, it focuses on the industrial blue-collar city of Lodz – located in the heart of New Europe and home to nearly one million people. Photographer Kamil Turowski's pictures are captivating – seeming to conceal a looming threat – while Katarzyna Marciniak's accompanying text expands on the photos and the 'crocodilian' texture of contemporary Eastern Europe. A walk on the wild side, Streets of Crocodiles captures viscerally the changing landscape of postsocialist Poland.

Katarzyna Marciniak is associate professor of transnational studies in the English Department at Ohio University. She has published on immigration, discourses of foreignness, postsocialist cultures, critical pedagogy, and transcultural cinema and literature in global contexts. She is the author of Alienhood: Citizenship, Exile, and the Logic of Difference (University of Minnesota Press, 2006), coeditor of Transnational Feminism in Film and Media (Palgrave, 2007), and guest coeditor of a special issue of Feminist Media Studies on 'Transcultural Mediations and Transnational Politics of Difference' (November 2009).

Kamil Turowski, a graduate of the National Film School in Łódź and the American Film Institute in Los Angeles, specializes in short films, animations, and photo narratives. His early education in English philology gives a kaleidoscopic vision to his projects. Their semantic quiverings echo literary and philosophical sources, creating new visual territories and emotional intrigue. Turowski is also the author of the Polish-English translation of Dawid Sierakowiak: Five Notebooks from the Łódź Ghetto (Oxford University Press, 1996), now part of the canon of Holocaust literature. His films and photography have received recognition and support from the Sherwood Anderson Foundation, the Kosciuszko Foundation, Dora Wood Artiste Fund, Ohio Arts Council and the National Endowments for the Arts. Portfolio at www.FotoFabula.org.

Streets of Crocodiles is a walk on the wild side, an expedition down a melancholy boulevard of dreams.

A beautiful book that demands that we direct our gaze and our thoughts toward the ugly landscapes of hate and its disavowal ... 'Streets of Crocodiles' channels the affective power of seeing and refusing to see into an eye-opening intellectual engagement in which we should all participate.

A thoughtful counter-song to the numerous pro-European Union propaganda campaigns, Streets of Crocodiles offers a highly original and much-needed intervention in the ongoing debate on what it means to be European.

The book fulfils its aim in both documenting and theorizing the post-socialist transition. It will appeal to those interested in questions concerning the ‘new Europe', post-socialist media and photography. It adds to the research that problematizes post-socialism, sometimes even by asking whether we still need post-socialism as a term (Stenning and Hörschelmann, 2008). Streets of Crocodiles proves that we definitely do need to critically examine the post-socialist condition outside of dominant perspectives and representations in order to capture the complexity of a landscape that is full of clashes, ambivalences, challenges and contradictions. This volume encourages the further investigation of existing social walls, some fallen or eroded, and some still raised in people's minds.

Streets of Crocodiles is a beautiful and critically significant book, which mixes photography and critical essays to explore postsocialism in Europe. Focused on Poland and on the city of Łódź (from where both the photographer and essayist originate), this is a unique and powerful document of the transformations of Eastern Europe post-Berlin Wall, and perhaps most importantly and shockingly an exposure of the much older hatreds which remain intact. This book is in many ways a confrontation with European anti-Semitism and other old and newer racisms. The photographs by Kamil Turowski are stunning and at points shocking and deeply moving; he captures so well the 'postsocialist landscape.' Marciniak is leading the field in cultural studies work on Eastern Europe; as well as producing outstanding academic scholarship she is a beautiful writer and manages to convey the affective charge of the visual imagery in her writing. A reminder that 'new Europe' is also old Europe, Streets of Crocodiles is a striking accomplishment.