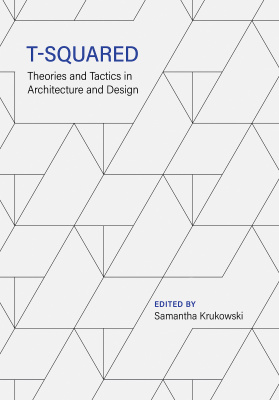 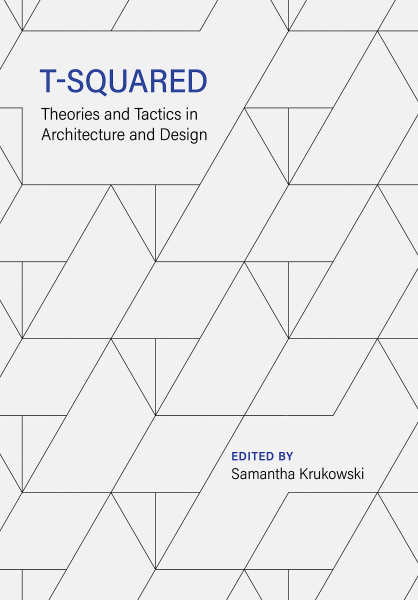 Theories and Tactics in Architecture and Design

Original collection explores the relationship between research that shapes art, architecture and design practices, and assignments that are developed by faculty for students. Demonstrates how pedagogical inquiry can become an evolutionary agent and makes innovative ideas/exercises available for the first time outside studio courses. 66 b/w illus.

An interdisciplinary collection with its origins in the 2018 National Conference on the Beginning Design Student, hosted by the College of Design, Architecture, Art and Planning at the University of Cincinnati, the overarching focus of which was on 'TIME'. The book includes contributions from some scholars who were not involved in the conference but whose voices are important to the conversation.

T-Squared: Theories and Tactics in Architecture and Design has three primary aims. First, it reveals and illuminates the extensive and explicit relationship between the research that shapes art, architecture and design practices, and the studio prompts and assignments that are developed by faculty for students engaging the creative disciplines. Second, it demonstrates that pedagogical inquiry and invention can be a (radical) research endeavour that can also become an evolutionary agent for faculty, students, institutions and communities. Third, it makes available to a larger audience a set of innovative ideas and exercises that have until now been known to limited numbers of students and faculty, hidden behind the walls of studio courses and institutions.

This book will appeal to anyone interested in design thinking and design process as well as to architects, architectural educators and architecture students who may particularly identify in it stirrings of a new world order and a call to arms.

Each chapter of T-Squared is separated into two parts: THEORY (T1) and TACTICS (T2). In T1, the authors offer mini-manifestos about topics that relate to their professional interests and efforts. In T2, the authors delineate exercises that reflect the ideascapes and methodologies presented in T1. The exercises in T2 are adapted for the reader from assignments given to students enrolled in design studios at a variety of universities. In their current incarnation, they offer anyone with tenacity, imagination and an adventurous attitude towards architecture and design access to distinct sets of provocative questions, procedures and modes. The T2 offerings require the reader’s engagement and imagination and the rolling up of sleeves – while there may be steps to follow, many of the exercises read like Fluxus scores and require investment rather than obedience. A suspension of disbelief is required – but all seriously creative folk (like you, reader) understand that already.

Primary readership will be among design educators and students looking for a window through which to view the ways design is being introduced, taught and positioned across disciplines and institutions, and to architects, architectural educators and architecture students.

In Media Res, or Beginning in the Middle of Things David Leatherbarrow

Out of Control Jennifer Akerman

The Mother of Invention Thomas Cline

About the Editor and Authors