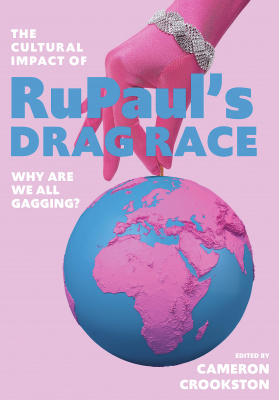 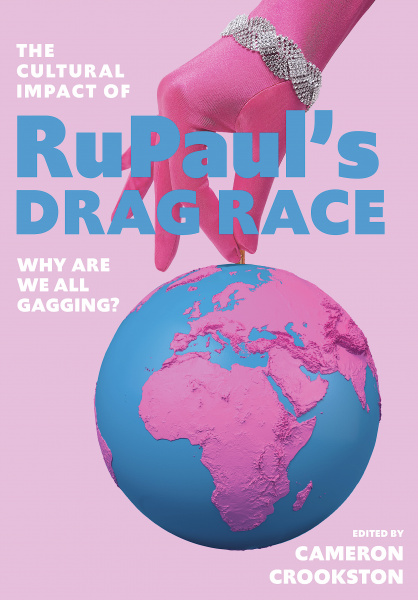 Why Are We All Gagging?

Insightful and provocative, and new in paperback. Examines the social, cultural, political and commercial implications of RuPaul’s Drag Race, from its groundbreaking, subversive entry into the reality television arena, to a now mainstream, increasingly non-LGBTQ+, audience reach and relationship with fans. International contributors. 40 b/w illus.

Insightful, provocative and now in paperback, The Cultural Impact of RuPaul’s Drag Race is a collection of original material that goes beyond simple analysis of the show and examines the profound effect that RuPaul’s Drag Race has had on the cultures that surround it: audience cultures, economics, branding, queer politics and all points in between. Once a cult show marketed primarily to gay men, Drag Race has drawn both praise and criticism for its ability to market itself to broader, straighter and increasingly younger fans. The show’s depiction of drag as both a celebrated form of entertainment and as a potentially lucrative career path has created an explosion of aspiring queens in unprecedented numbers, and had a far-reaching impact on drag as both an art form and a career.

Contributors include scholars based in the United Kingdom, the United States, Canada and South Africa. The contributions are interdisciplinary, as well as international. The editor invited submissions from scholars in theatre and performance studies, English literature, cultural anthropology, media studies, linguistics, sociology and marketing. What he envisaged was an examination of the wider cultural impacts that RuPaul’s Drag Race has had;  what he received was a rich and diverse engagement with the question of how Drag Race has affected local, live cultures, fan cultures, queer representation and the very fabric of drag as an art form in popular cultural consciousness.

This original collection, with its variety of topics and approaches, is a critical appraisal of RuPaul’s Drag Race at an important point of the programme’s run, as well as of the growing industries around RPDR, including DragCon and drag queens' post-show careers in the on- and offline world.

Primarily of interest to students, scholars and researchers in media and communication studies, gender and sexuality studies, popular culture, queer theory, LGBTQ history, media studies, and fan studies. Will also appeal to fans of the series.

Cameron Crookston is a Canadian scholar, writer and university lecturer. His research focuses on drag as a form of cultural memory and seeks to further discussions on elements of nostalgia, queer memory and historical performance within the art of drag. He received his Ph.D. from the University of Toronto at the Centre for Drama, Theatre and Performance Studies in collaboration with the Mark S. Bonham Centre for Sexual Diversity Studies.

'The Cultural Impact of RuPaul's Drag Race turns a fierce lewk without overriding any of the iconic moments served by its predecessors. [...] Condragulations, Cameron Crookston—you're safe! And lest we forget: such safety constitutes a strong recommendation to buy this book, because the true tea is that the mere existence of an increasing number of scholarly treatments of Drag Race is the most gag-worthy thing of all.'

I'm gagged and you will be too! You'll never watch RuPaul's Drag Race the same again after reading this insightful and provocative book.

RuPaul’s Drag Race has been captivating scholars, along with the general public, since its first season 12 years ago. If the West was offered glimpses of drag culture in Jenny Livingston’s documentary Paris is Burning in 1990 and Madonna’s video for “Vogue” that same year, RuPaul made it gaze wide-eyed at the spectacle of a drag-based reality competition beginning that began in 2008 and has no end in sight. Examinations of the phenomenon, its impact on the visibility and commercial potential of drag performance, and criticism of its appropriation of the lexicon and traditions of the artistic form have appeared in a number of journals in various corners of cultural studies. With Cameron Crookston’s anthology The Cultural Impact of RuPaul’s Drag Race there is finally, in one place, a collection of essays with both chronological perspective and diversity of approach, from consumerism and political economy to aesthetics and origins to activism and identity. Between its covers lies a richness and passion for the subject worthy of the Drag Race itself.