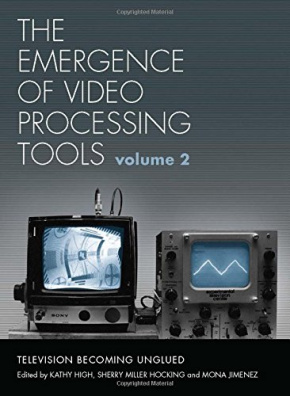 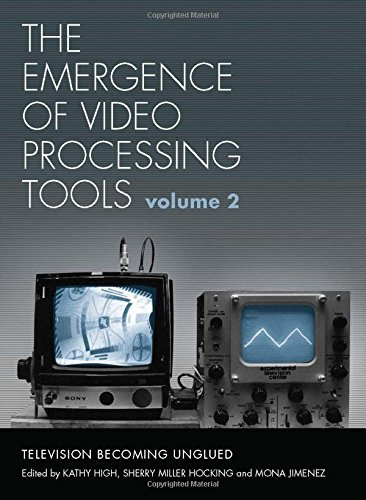 This book presents the development of early video tools and systems designed and built by artists and technologists during the late 1960s and 70s. Split over two volumes, the contributors examine the intersection of art and science and look at collaborations among inventors, designers and artists creating images in revolutionary ways.

The Emergence of Video Processing Tools presents stories of the development of early video tools and systems designed and built by artists and technologists during the late 1960s and 70s. Split over two volumes, the contributors examine the intersection of art and science and look at collaborations among inventors, designers and artists trying to create new tools to capture and manipulate images in revolutionary ways. The contributors include 'video pioneers,' who have been active since the emergence of the aesthetic, and technologists, who continue to design, build and hack media tools. The book also looks at contemporary toolmakers and the relationship between these new tools and the past. Video and media production is a growing area of interest in art and this collection will be an indispensable guide to its origins and its future.

Kathy High is associate professor in the Department of Arts at Rensselaer Polytechnic Institute and an interdisciplinary artist working with science- and time-based arts.

Mona Jimenez is an associate professor and associate director in the Moving Image Archiving and Preservation Program at New York University.

Mapping Video Art as Category, or an Archaeology of the Conceptualizations of Video – Jeremy Culler

The National Center for Experiments in Television at KQED-TV, San Francisco – John Minkowsky

De-commodification of Artworks: Networked Fantasy of the Open – Timothy Murray

A Toy for a Toy – Ralph Hocking

Woody Vasulka: Dialogue With the (Demons in the) Tool – Lenka Dolanova with Woody Vasulka

On Voltage Control: An Interview With Hank Rudolph – Kathy High and Mona Jimenez

'Insofar as the rose can remember…' – Carolyn Tennant

A Catalog Record for the Raster Manipulation Unit – Mona Jimenez

Proposal for Low-cost Retrieval of Early Videotapes Produced on Obsolete Equipment and/or Videotape That Will Not Play Back, or Resurrection Bus (1980) – Ralph Hocking

'Provides a new angle on the history of art and technology'