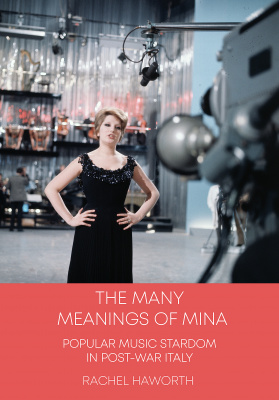 The Many Meanings of Mina 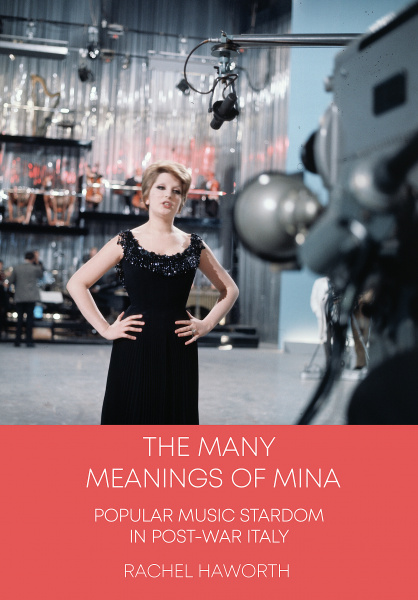 The Many Meanings of Mina (Book)

Mina is one of Italy’s best-loved pop stars. This book explores the significance of her star status in post-war Italy, and traces how the many meanings of Mina evolve as a result of different media forms she was involved in, which intersect and interact to produce new significances of the star throughout her sixty-year-long career. 12 illus.

Mina (Anna Maria Mazzini, born Lombardy, 1940) is an Italian popular music icon who throughout her sixty-year-long career has come to represent a range of diverse meanings. She is one of the best-loved popular music stars in Italy and abroad, with a large fan base across Europe, Asia, and South America. Her career began in the late 1950s and reached its peak in the 1960s and 1970s.

Despite having retired from public appearances at the end of the 1970s, Mina remains popular and successful today, and continues to release new albums that consistently debut in the number one spot of the Italian charts. As an Italian popular music star, she is exemplary of the way in which stardom is constructed by different media and has come to represent different local and global identities, values, ideologies, and ways of behaving. This is because whilst Mina is first and foremost a popular music star, she has also been a film star and a television personality during different phases of her career. She has advertised successful Italian brands on television, and she has been a magazine writer and agony aunt. Her star persona is the product of her work in many different areas, as well as of the promotional materials and commentaries that are produced in response to her work.

This book explores these different ‘mediums’ that Mina has been involved in and which have shaped her career and significance. It traces the process by which she has come to embody a diverse range of meanings that reveal something of the values and ideals at work within contemporary Italian society.

Rachel Haworth is a researcher of Italian popular music and culture of the twentieth century, and Senior Lecturer in Italian at the University of Hull, UK.

The book is suitable for use on courses and modules at all undergraduate and postgraduate levels, which deal with Italian cultural studies, Italy’s post-war history, and the role of women in Italy, as well as the wider study of popular music and the construction of stardom and celebrity.

The secondary audience for this book will be fans of Mina around the world, accessibly written, this will appeal to fans in Italy who are able to read in English.

Rachel Haworth is a researcher of Italian popular music and culture of the twentieth century. She is interested in questions of stardom, gender, performance, and value in the Italian pop music context, and has published books and articles on Italian singer-songwriters of the 1960s, celebrity scandals, and Italian variety television.