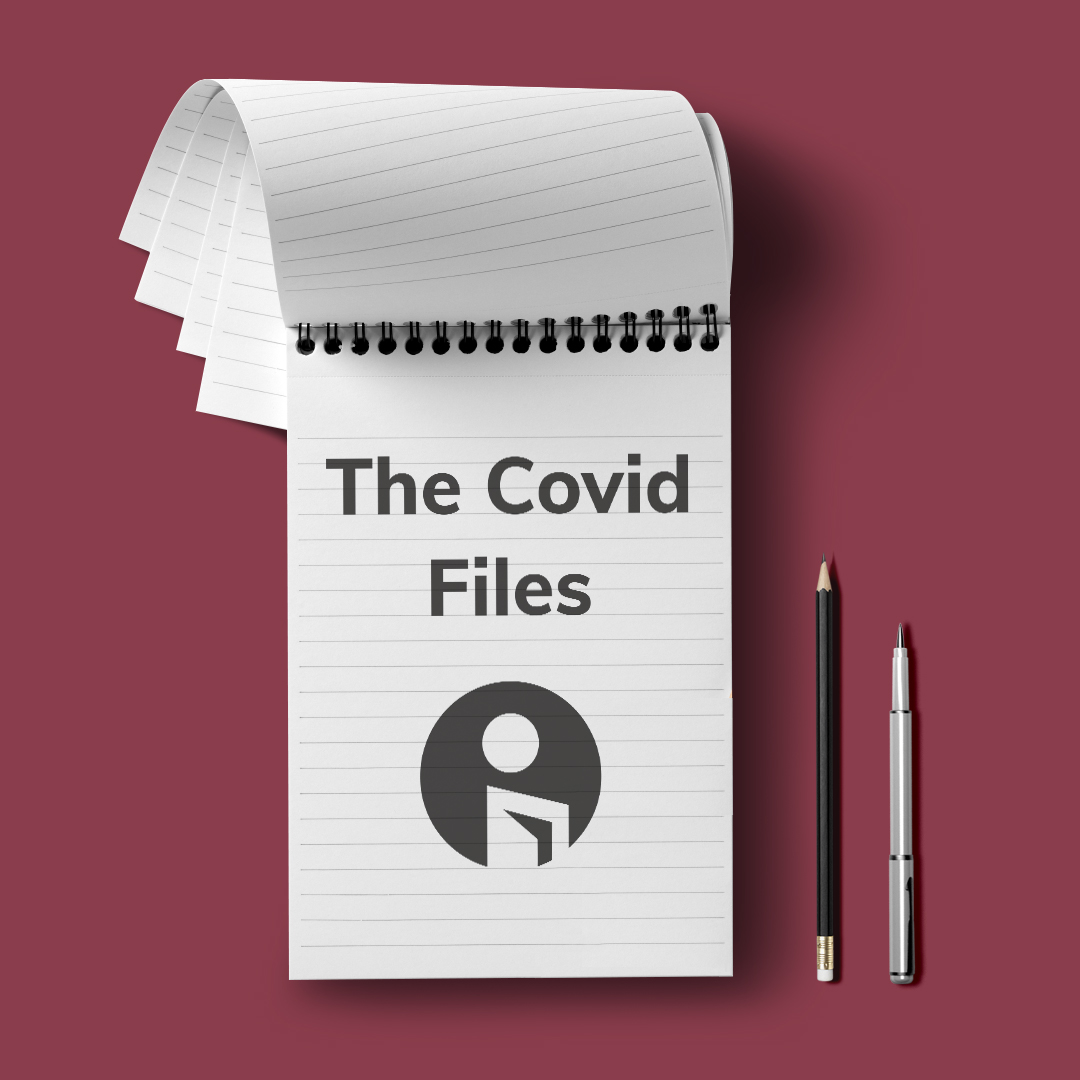 The politics and aesthetics of face masks

Anneke Smelik and Susan B. Kaiser, new editors of Critical Studies in Fashion & Beauty, consider the piece of cloth that polarized opinions in the western world.

The politics and aesthetics of face masks

Anneke Smelik and Susan B. Kaiser 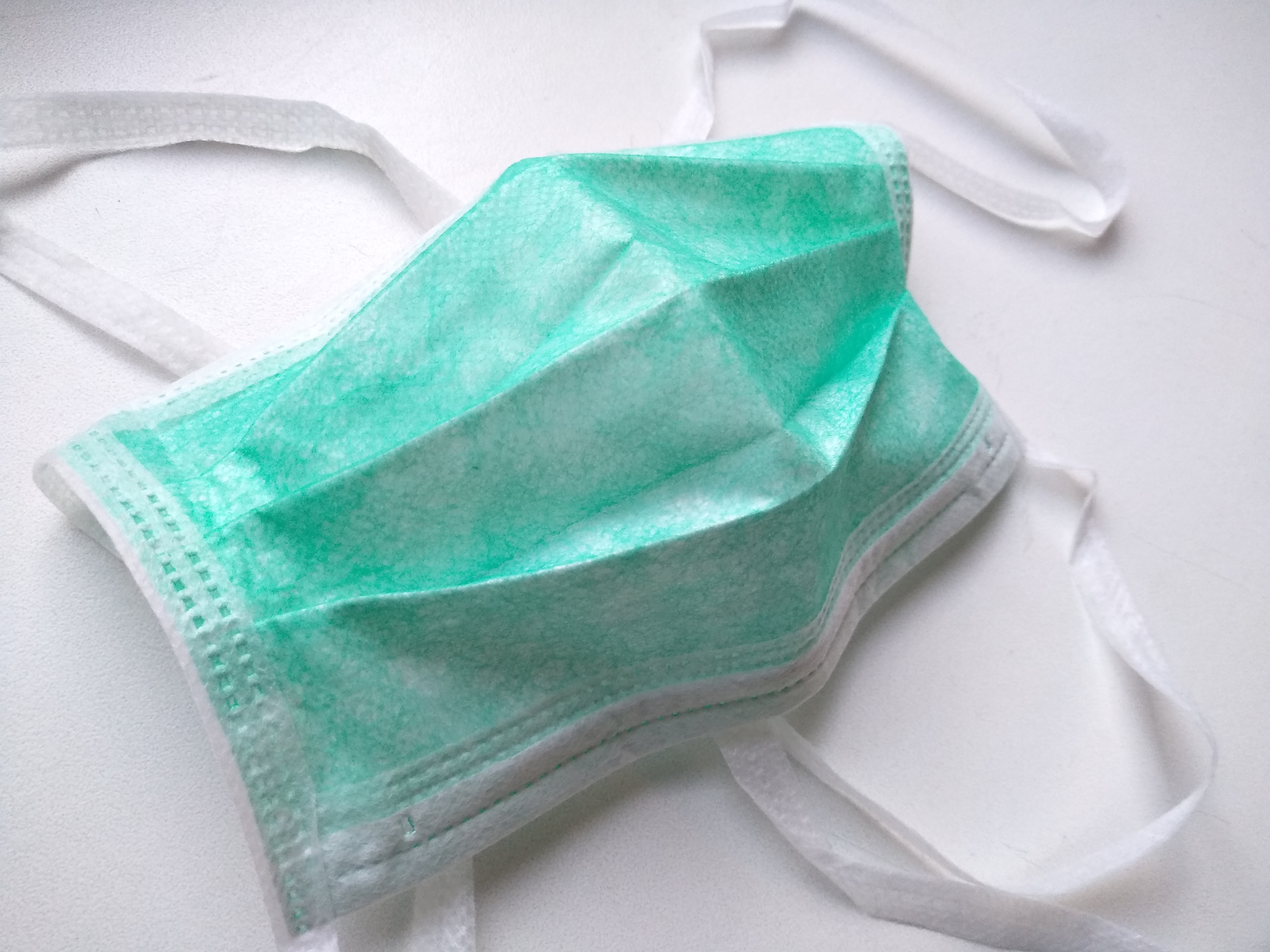 The American Vogue September issue of this year features an article promoting fashionable face masks: St John Knits ($40), Collina Strada ($100), upcycled Marc Jacobs ($100), 69 tie-dyed ($6), Romeo Hunte double layered denim ($75), Tory Burch ($35 for 5), Erdem ($65), and araks ($40). Not only have the commercial brands pitched in; people all around the world have unleashed their creativity to make fun, fancy, fashionable or fantastic face masks. By now, the internet abounds with DIY videos instructing sewers and non-sewers how to make do with materials on hand, from fabric and sheets to T-shirts. Pop-up shops and market stands feature cloth face masks, as do fashion shops and websites. From material shortages of face masks, in a few months the world has moved to abundance. Sequined, 3D printed or recycled, the tiny piece of cloth of the face mask has entered the embodied aesthetics of contemporary fashion.

Albeit their aesthetic abundance, face masks have also turned many debates into polarized polemics. As the COVID-19 virus rages through the world, the question whether ‘to mask or not to mask’ has turned from a ‘merely’ medical issue into a vexed political one. How and why does this very small piece of material cloth foster creativity as well as heated debates? Why is the face mask challenged by anxieties, ambivalences and uncertainties? We argue that the pandemic reminds us that we are all material subjects: embodied knowers dependent on fabrics, masks and other materials not only for protective, but also for aesthetic, cultural, economic, political, psychological and social reasons.

Internationally, epidemiological and policy-oriented strategies to cope with the pandemic vary. Initially, there was widespread agreement that medical masks such as N95s should be reserved for healthcare or other essential workers due to material shortages, but there have been mixed and dramatically changing messages regarding whether the general public should engage in mask wearing. In the beginning of April 2020, interim guidance from the World Health Organization still maintained that ‘there is currently no evidence that wearing a mask (whether medical or other types) by healthy persons in the wider community setting, including universal community masking, can prevent them from infection with respiratory viruses, including COVID-19’. This was disputed by other scientists who argued for the ‘precautionary principle’, indicating that there is an important distinction between ‘absence of evidence and evidence of absence’.  Cloth masks, these scientists argued, are ‘better than nothing’, especially when they are made from the appropriate fabric and fit well. By the end of April, both the US and European Centers for Disease Control recommended cloth masks as a practical solution for use by the public, due in part to the convincing evidence that it actually may help avoid spreading the contagion. By now, the WHO does give guidelines about how and when to wear masks, but it took the organization quite long to admit that face masks would actually help the fight against COVID-19. Many countries now recommend or demand cloth face masks for everyone in public spaces, with the clarification that medical masks should be reserved for healthcare workers. Exceptions include additional health risks such as experiencing the bad air due to the wildfires in the western part of the USA.

Although the science is now clear that face masks can dramatically prevent the spread of COVID-19, the policy guidelines in Europe and the USA have been mixed and subject to continuous change, and hence, confusion. They vary by place, politicians and media source.  One of the arguments against face masks is that they may induce a false sense of security and therefore non-compliance to important health-preserving practices such as handwashing and social distancing. In Europe, a patchwork of rules and regulations abounds after the lifting of the latest lockdown. In some countries face masks are mandatory (e.g. Spain, Italy, Belgium), but in many countries they are not (or were not at the time of writing, e.g. UK, Netherlands, Switzerland). Alternatively, face masks are only mandatory in certain cities, certain regions, or only in public transport, in care homes, or for adults but not for children. In the USA, Republican governors of some states (e.g. Florida, Georgia, South Dakota) have refused to mandate or encourage the wearing of face masks, and have even made it difficult for mayors in their states to enact ordinances to require them.

No wonder the many different policies and procedures confound people. The guidelines multiply. And so do the protests: in the midst of mixed and changing policy messages, and political views regarding the public wearing of face masks, anxieties and anger abound. As essential workers, staff in grocery stores have been in the position of trying to enforce the requirement to wear a mask with rebellious customers.

Cultural factors influence the widely changing advice for the public to mask (or not) in Europe and the USA. One of the cultural reasons for the ambiguity surrounding face masks is that the practice has not been customary in Western cultures. Mask usage in public for health purposes has been much more common in Asian countries, especially since the SARS outbreak in 2003. South Korea and Taiwan distributed disposable surgical masks early on in the pandemic; Japan and Singapore have been distributing cloth masks to their entire populations. In China, mask wearing is a practice associated with modern material culture. Dating to the 1910-11 pneumonic plague epidemic in Manchuria, wearing masks in public became associated with ‘reason’, ‘hygienic modernity’ and ‘proof of Chinese scientific sovereignty’. During the 2003 SARS epidemic, masks became known as material objects that render visibility to ‘limiting infection as a civic duty in the context of epidemic or pandemic threat’.

This has not been the case in the USA or in Europe—a fact that has not escaped its political leaders. For example, as Austria began to mandate mask wearing in public spaces such as grocery stores in the Spring of 2020, Chancellor Sebastian Kurz noted that it would be a ‘big adjustment’, because ‘masks are alien to our culture’. In western culture masks are associated with disguise. Disguises through masks or balaclavas are conventionally used by criminals, but  disguises are also used in political protest, for example by Prodemos in Greece, the Pussy Riots in Russia, the hacktivist group Anonymous, or by political activists protesting facial recognition by CCTV. Masks, then, do not have positive connotations in North American and European countries. As Efrat Tseëlon notes, masks require a lot of practice in order to become ‘one with the body’.

There is another important reason why resistance has been quite fierce in many western countries. Masks have to become transformed into ‘public goods’ with widespread usage so as to achieve ‘society-wide source control’. There are benefits to individual wearers, but the most measurable positive outcomes accrue to others; it is an act of care for one’s community to don a cloth mask. Inasmuch as western cultures have tended toward individualist rather than collectivist needs, compliance requires a transformation in meaning and thinking.

According to a recent academic study, to don a face mask plays out along lines of gender, political affiliation, education and urbanity. The gender divide is quite significant: around the world men are less likely and willing to don a face mask than women. Men seem to be more likely to think it is ‘shameful, not cool and a sign of weakness’. Women are almost 1.5 times as likely as men to wear a face mask, while the irony is that the coronavirus appears to impact men more seriously than women. There has been a lot of speculation as to why some men refuse to wear masks, even when their partners and children do. Perhaps some men are less altruistic and do not recognize wearing a face mask as social responsibility, let alone as an act of generosity or respect to others. Apparently, they experience it as ‘emasculating’. Journalist Arwa Mahdawi relates this finding to toxic masculinity: ‘the fact that a significant number of men (including Donald Trump) think masks make them look weak is yet another reminder of how damaging gender stereotypes are’. A few months, and many fierce protests later, journalist Priya Elan argues that the resistance against face masks has become a form of ‘weaponised masculinity’. The fact that most if not all populist male leaders, from Trump to Bolsanoro, and Putin to Lukashenko, have refused to wear face masks in public surely does not help convince men to comply with rules and regulations that may help the public good. In this respect it is interesting that the same study revealed that political affiliation also influences the willingness to wear face mask: in the USA 53% of the Republicans would comply to wearing a mask as compared to 76% of the Democrats. And in some cases, it is apparent that political affiliation trumps gender. Women, as well as men, frequently avoid masks at Trump rallies.

That tiny piece of cloth, the face mask, has thus become a bone of contention for wider political issues. In many European countries protest movements, often in alliance with right-wing groups, are demonstrating against post-lockdown measures, including social distancing and face masks. The argument runs that wearing a face mask goes against individual freedom. Individual rights have taken over from civic duties. Freedom rules over responsibility. Incidentally, in European countries where face masks are mandatory, the royals set the example of exemplary behaviour: the Spanish royal family dons standard disposable blue masks, perhaps in a democratizing effort, while Queen Mathilde of Belgium wears matching masks with her elegant outfits making a fashion statement while sticking to the rules. Nancy Pelosi, the Speaker of the USA House of Representatives also has an elaborate and stylish wardrobe of masks. Generally, the aesthetics of face masks in Europe has remained neutral or creative rather than political. It is the act of wearing them (or not) that has been politicized. In the USA, however, face masks often carry political or other messages. The few who do wear masks at Trump’s rallies sport red ones with MAGA messages. In contrast, at protests against police violence or more broadly in everyday situations among progressives, it is common to see masks with BLM or the names of Black people (e.g., George Floyd, Breonna Taylor) shot by the police.

Policy measures regarding face masks point to the governmentality of life and death. Wearing a face mask is a continuous visualization of danger. It is also a sometimes smelly confrontation with one’s own carnality. For some, it creates cognitive dissonance and hence is refused as an acknowledgment of the diseases’ threat and potential severity. Its screen may protect life, but it also conceals identity. A face mask obstructs the habitual reading of someone’s face—screening it from semiotic scrutiny. That’s why face-wearing people tend to over-act with the eyes and over-articulate words: to make intentions and emotions clear.

When a face mask comes off, a bare face is revealed. Once you are used to face masks in the public space, a bare face looks naked. Unprotected and vulnerable. But also provocative and defiant. A flirt with danger. The face mask is, after all, a reminder of the possible kiss of death.