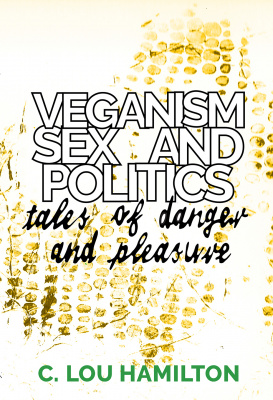 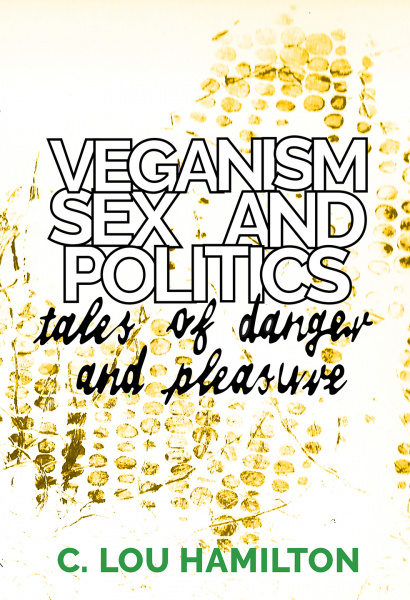 Tales of Danger and Pleasure

Veganism is so much more than what we eat. It’s about striving to live an ethical life in a profoundly unethical world. Is being vegan difficult or is it now easier than ever? What does veganism have to do with wider struggles for social justice – feminism, LGBTQ+ politics, anti-racism and environmentalism?

Veganism is so much more than what we eat. It’s about striving to live an ethical life in a profoundly unethical world. Is being vegan difficult or is it now easier than ever? What does veganism have to do with wider struggles for social justice – feminism, LGBTQ+ politics, anti-racism and environmentalism?

C. Lou Hamilton is a feminist writer with a passion for fake fur, animals real and imaginary, and assorted things queer and vegan. She lives in London.

In this beautifully written book, C. Lou Hamilton explores the politics of veganism through the lens of her own experience as a queer vegan. She uses science, philosophy, storytelling, and more to examine the use of animals for food, clothing, medicine, sexuality, and identity. Her approach is refreshingly open. There are no unambiguous heroes or villains in her story. She approaches all subjects, including herself, with the same critical yet generous perspective, which allows her to move beyond simplistic frames and arrive at a more complex, ambivalent set of truths. This book does what we need many more books to do: show what it looks like for a particular individual in a particular context to aspire to resist oppression in all its forms, while still living a life full of joy, individuality, and community.

Veganism, Sex and Politics is a wonderful and inspiring contribution to the ethics and politics of veganism as a practice. Hamilton has produced a gorgeously written, careful and sensitive text. This book deftly weaves sophisticated contemporary debates together, giving readers a wonderful opportunity to gain insight into the complexities of pro animal politics and veganism. Importantly, this unique volume offers visions for veganism as a non-normative ethical and political practice that goes well beyond individual ethics and move us towards large scale social and political transformation.

Veganism, Sex and Politics: Tales of Danger and Pleasure is an original interweaving of scholarship and storytelling that deftly explores the intersecting politics of gender, sexuality, race, class, colonialism, ability and species. In this timely and engaging volume, C. Lou Hamilton draws on her own experiences of the perils and pleasures of veganism to add insight to the contemporary politics of consumption. The result is an accessible introduction to the social justice literature on veganism and representations of veganism in popular culture and media. While most writings on veganism are dominated by concern over food production involving land animals, Veganism, Sex and Politics is set apart by its queer feminist reflections on sea life, animal experimentation, and leather.

In Veganism, Sex and Politics C. Lou Hamilton Hamilton offers a range of compelling insights into veganism as a practice. Mixing academic discourse with her experience as a feminist/queer activist and her personal reflections on veganism, Hamilton’s foray into what is now known as Vegan Studies has more depth and breadth than what most other texts on the subject manage. She aims her critical attention not only at society but also at the movement itself and, crucially, expands the topic of veganism to include a larger discussion of feminism and political activism more broadly. Borrowing Gramsci’s notion of “common sense”, she details the kind of anti-vegan sentiment that is often found within otherwise progressive political circles. Along the way she takes on dominant vegan voices, such as Carol Adams, to remind us that the moment we reach political consensus within the movement is when we need to start re-evaluating the meaning and telos of veganism. Hamilton’s careful attention to language, especially metaphor, is one of the main strengths of the book, as she inspires readers to examine their own “common sense” arguments that draw sometimes ill-advised and inappropriate comparisons between, for example, the Holocaust and factory farming. As such, this book calls upon readers to not only examine every oppression according to its specific socio-historical circumstances but also examine why vegan scholars and activists are so quick to turn images of past violence and oppression into reductive comparisons to present, ongoing struggles. Each chapter of this provocative and imaginative book challenges us to re-examine our usual responses to questions of consumption, ethics, and representation. After all, veganism is not something we can arrive at; it is an ongoing process. Hamilton’s book teaches us that we must keep practicing doing veganism, and continue learning how best to care for other species as well as the world we inhabit together.